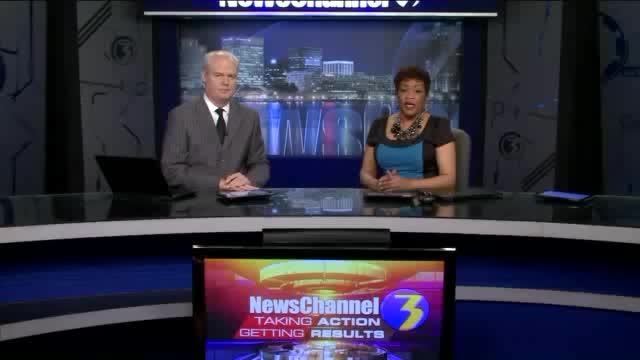 Portsmouth, Va. – One of the city’s ladder trucks was out of service on Monday. This is yet another example of the challenges firefighters in Portsmouth say they have been facing.

‘We have an extreme shortage of vacancies here in the city,” said Nathan Clark, a member of the International Association of Firefighters, Local 539, and the spokesperson for the local firefighters union.

“The current number that I’ve been told most recently, is 40 vacancies in the city.’

The city disagrees. They say there are only four vacancies.

It is a problem the city recently suspended a firefighter for speaking publicly about.

“For the life of me I cannot understand why the suspension took place,” said Clark. “To me, it is very inappropriate. Our individual was speaking on behalf of our local union, and providing information to our citizens about a safety issue.”

Clarke would not identify the firefighter who was suspended, but sources close to NewsChannel 3 say Captain Rusty Quillin, who also happens to be the local firefighters’ union president, was the one who received the suspension.

Issues between the fire department and the City of Portsmouth began last December, after a fire broke out in the 4,000-block of Tarnywood Drive, killing a 75-year-old man.

According to the suspended firefighter, the victim’s fate might have been different if a ladder truck – located just a few minutes from the home – would have been in service.

However, because of staffing shortages, another ladder truck was called in. This truck, because of it’s location, took 18 minutes to get to the scene of the fire.

Officials confirmed that the victim, John Moody, died on the second floor of the home.

City officials suspended Quillin because they believe he was acting as a city employee at the time of his media interviews.

However, Clark told NewsChannel 3 that Quillin was acting on behalf of the union, and was not in uniform or on-duty at the time of the interview.