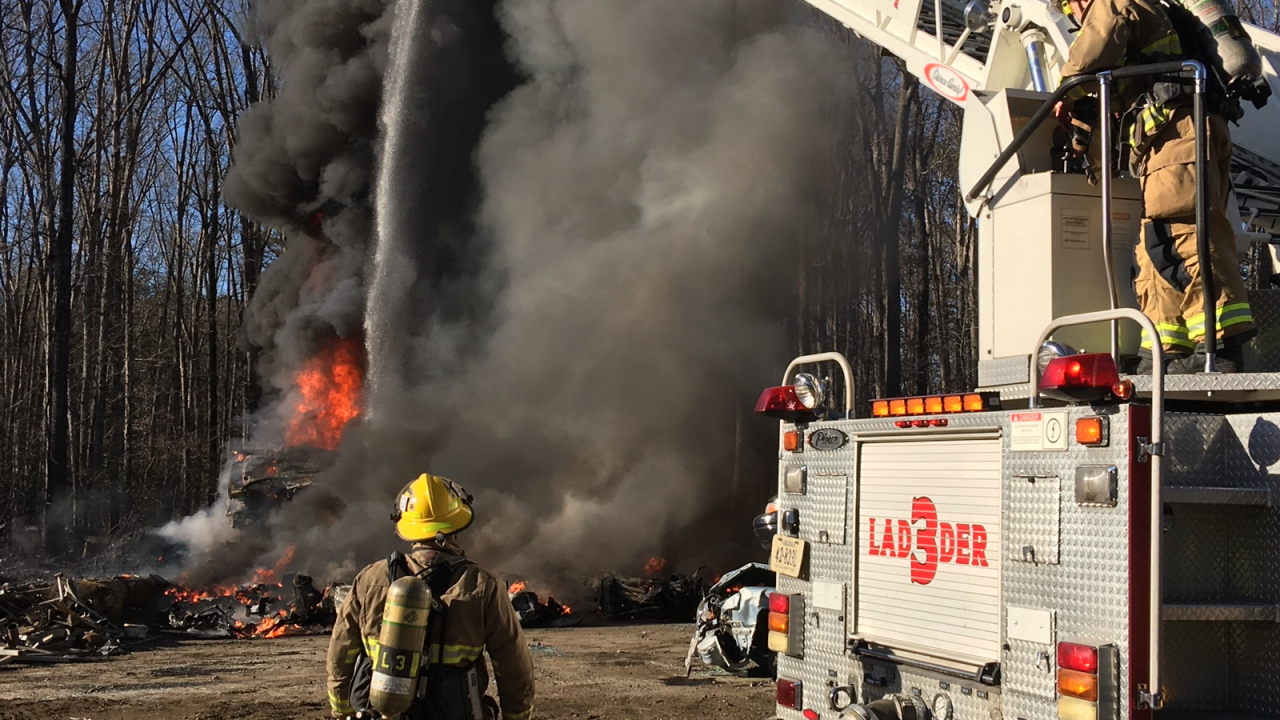 The fire occurred on February 11 in the 200 block of Suburban Drive at 3:24 p.m., according to the city’s Emergency Communications.

When crews arrived, they noticed a large pile of debris on fire, which consisted of scrap metal.

The pile produced an extensive amount of smoke.

No one was hurt.