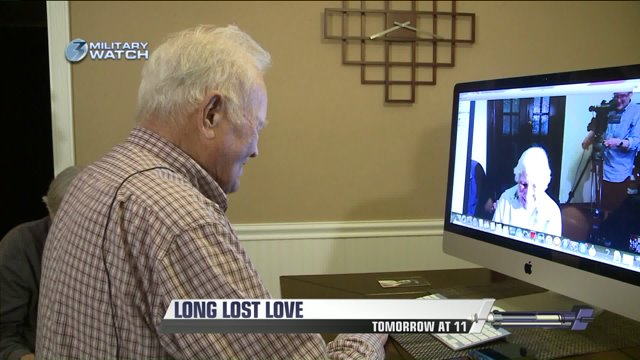 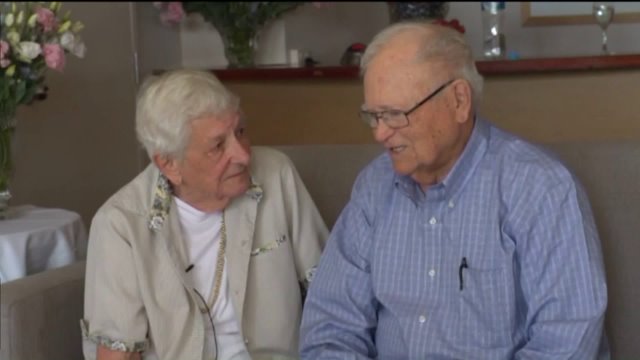 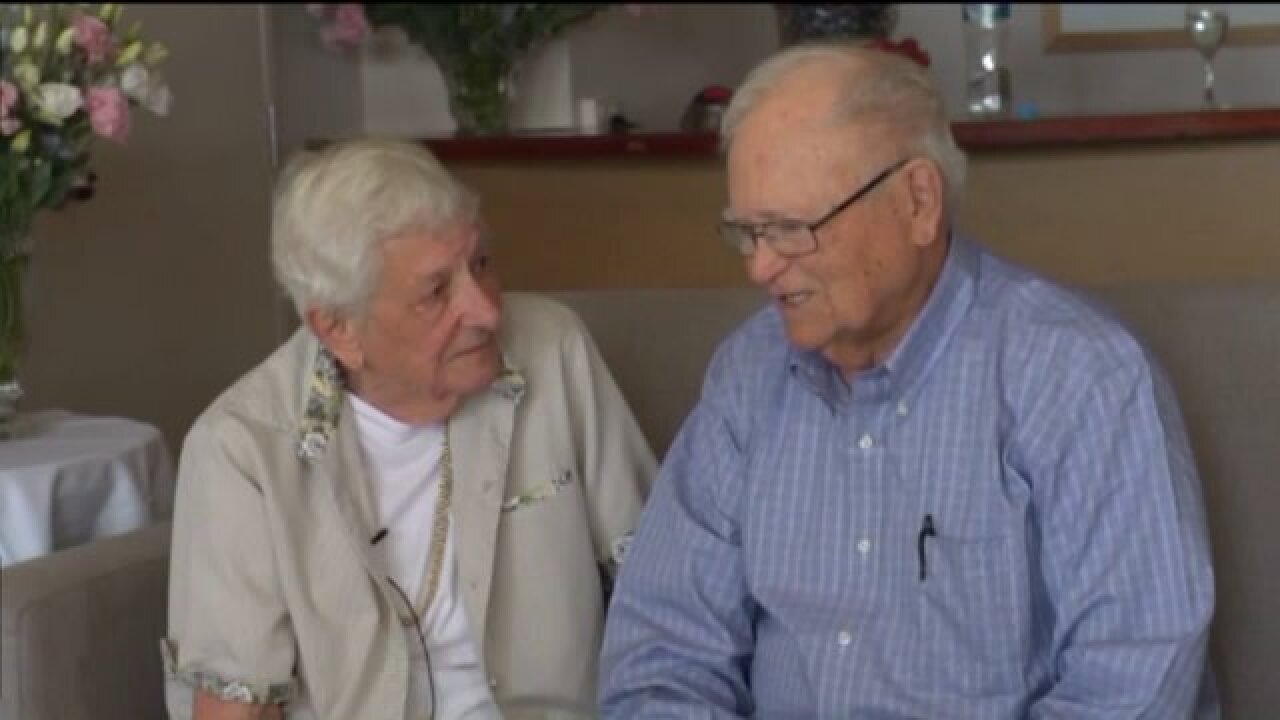 Adelaide, Australia -- A World War II veteran from Virginia Beach finally reunited with his wartime girlfriend in Australia yesterday.  After dating and then losing touch, the internet helped bring the two together after they spent decades apart.

Norwood Thomas, 93, and Joyce Morris, 88, embraced each other for the first time in more than 70 years Tuesday.

"Well, you're still vertical", Joyce said upon seeing Norwood, "Give me a squeeze."

The two first met in London shortly before D-Day.  When the war ended, he returned to the U-S, she moved to Australia. The flame never died, though.

Somewhere between mailed love letters and even a botched marriage proposal, Norwood and Joyce lost touch. Then, technology rekindled the flame. The two reconnected over Skype late last year after one of Joyce's sons found Norwood in an online article about D-day. When word about their virtual reunion went public, hundreds of people donated money to make sure the couple reunited in person.

"This is about the most wonderful thing that could've happened to me," Norwood giggled Tuesday.

If those giggles in Australia are any indication, the couple will now enjoy a special Valentine's day together.

"You know, to find someone who loves you and you love them in the latter years of your life, it would rather be special wouldn't it?", said Joyce.