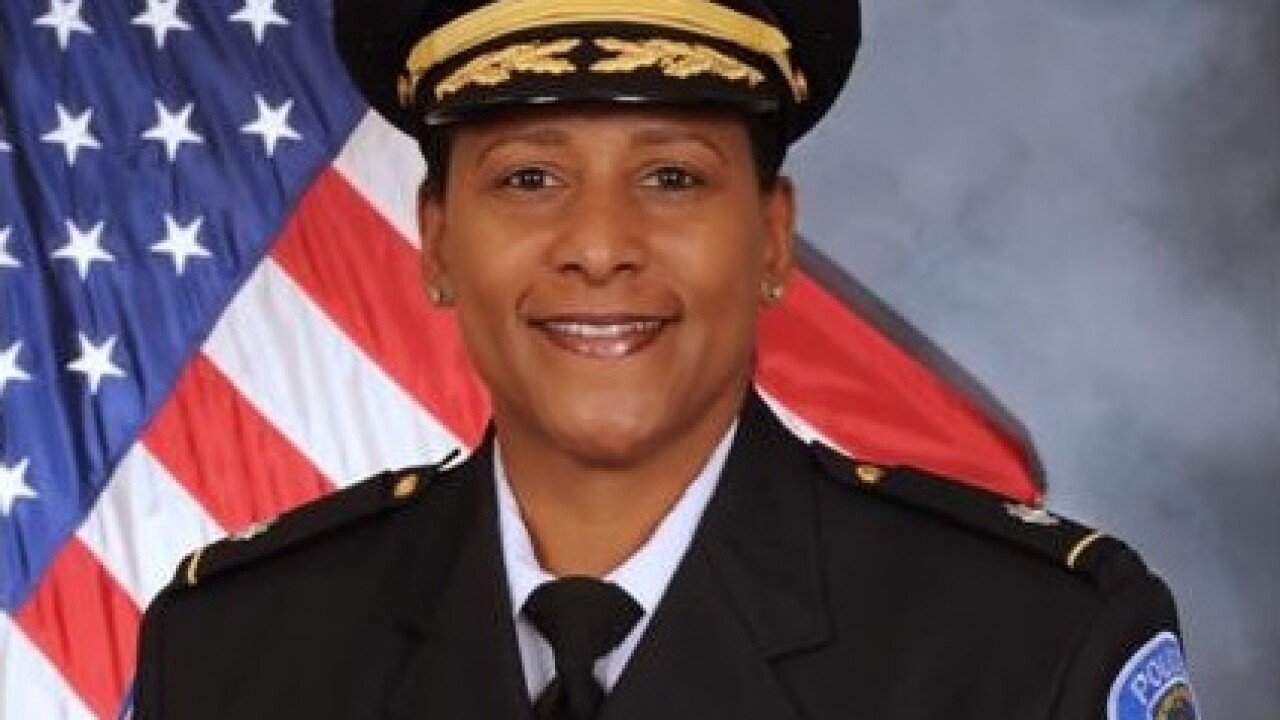 Tonya D. Chapman will start as the new Chief of Police on February 22nd, 2016.

Chapman’s professional career in law enforcement spans over 25 years. She currently serves as the Deputy Secretary of Public Safety and Homeland Security, and was appointed by the Governor of the Commonwealth in 2014. In 2011, she served as Deputy Chief of Police with the Richmond Police Department until her appointment. Ms. Chapman began her career as a Police Officer in 1989 with the Arlington County Police Department, and progressed through the ranks to Captain and Acting Deputy Chief.  Her leadership experience includes the areas of operations, managing patrol deployment, emergency management, criminal investigations, forensic investigations, fiscal management, human resources, policy development, project management, strategic planning, employee development, community policing, public relations, and school resources.

Her educational background includes candidacy for a Doctor of Philosophy degree in Public Administration/Public Affairs with a concentration in Homeland Security. In addition, she holds Masters of Business and Public Administration, a Bachelor of Science in Marketing Education, and Certification as a Law Enforcement Officer from the Department of Criminal Justice Services (DCJS).  All of her degrees were earned from the Virginia Polytechnic Institute and State University.