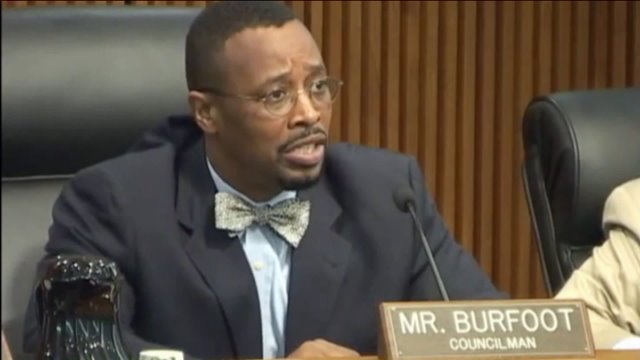 Norfolk, Va. --- A group has started a petition to recall City Treasurer Anthony Burfoot ahead of his trial on corruption charges.

The Citizens Recall Committee says Burfoot is not able to properly perform his duties. "We want his resignation, and we'll take nothing less than his immediate leave of absence," said Robert Brown, one of the organizers.

Burfoot is awaiting his trial in May. He was indicted on federal charges of corruption and has pleaded not guilty. He's accused of using his position as a city official to make business deals.

"We don't feel he can effectively do his job," said Brown. Burfoot isn't allowed to speak with some potential witness unless his lawyer is there. The list includes some city staff members and city council members.

The petition needs more than 4,300 signatures.