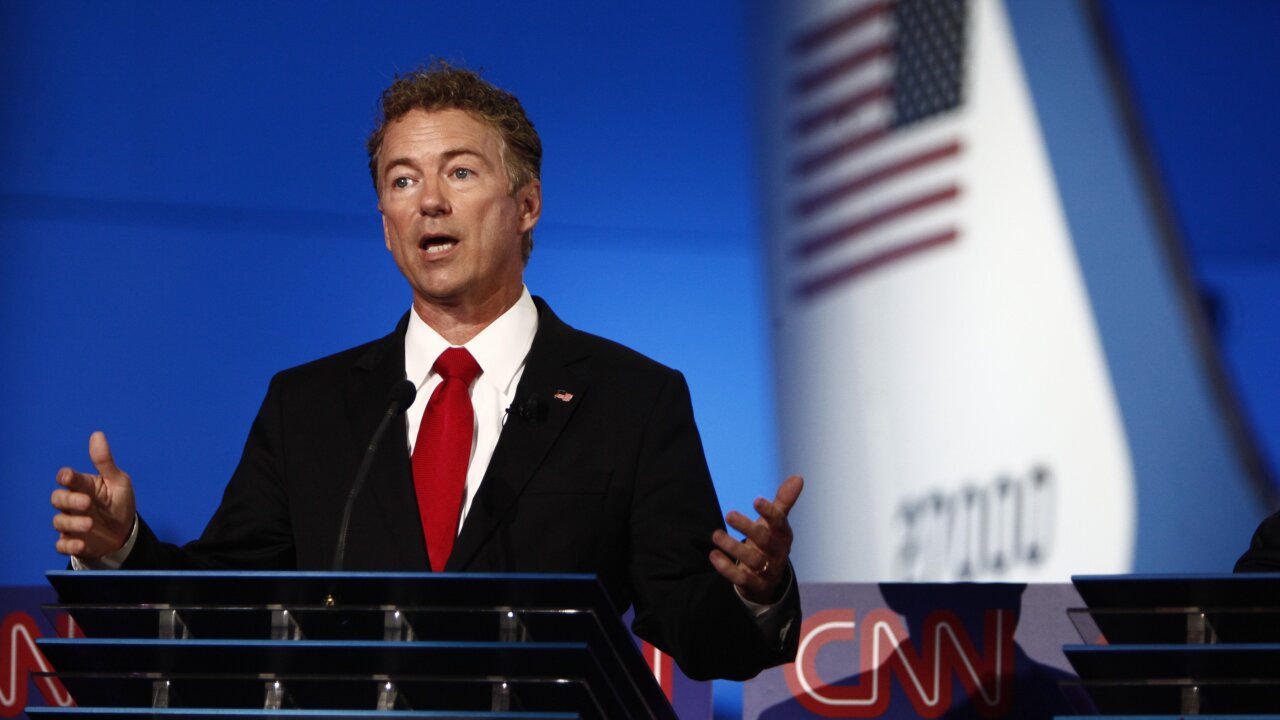 Rand Paul, the libertarian-minded freshman senator who was once viewed as a formidable presidential contender, is suspending his White House bid on Wednesday, several sources close to Paul told CNN.

Paul discussed the matter with staff Wednesday morning and sent out a statement confirming the decision to drop out of the Republican presidential primary.

“It’s been an incredible honor to run a principled campaign for the White House,” Paul said in the statement. “Today, I will end where I began, ready and willing to fight for the cause of Liberty.

Paul, a Kentucky Republican, is expected to instead place his focus squarely on his Senate reelection bid, where he faces a wealthy Democrat, Lexington Mayor Jim Gray, who has the money to partially finance his campaign.

Paul finished a disappointing fifth place in Monday’s Iowa caucuses, registering just 4.5% of the vote despite placing a heavy emphasis on the state’s college towns to bring out younger voters inspired by his libertarian-minded message. He promised that night to continue his campaign.

But the Paul sources said a morning-after review made clear to Paul that there was not a viable path to winning the Republican nomination and that fund-raising was becoming extremely difficult.

Indeed, as he heads into the New Hampshire primary, where his father Ron Paul won 23% of the vote in 2012, polls have found the younger Paul struggling to gain traction.

Paul’s calls for a less aggressive foreign policy, which his critics have dubbed as “isolationist,” failed to connect with GOP voters at a time of growing national security fears. Moreover, Paul had a hard time reestablishing his father’s libertarian coalition because he had sought to broaden his appeal to more establishment-minded Republicans, hurting his credibility with some in his core base of supporters.

Dropping out this early is a disappointment for Paul. He had engineered a major change in Kentucky’s primary system to allow him to run for two offices at the same time, a move aimed at circumventing a prohibition in state law prohibiting candidates from doing so. The state party agreed to change its traditional paper ballot primary to a caucus system in early March, in order to let him avoid the restriction that he couldn’t appear on the ballot twice.

Still, as he now focuses on his Senate race, he remains the heavy favorite in a state that has grown increasingly red.

“The Democrat Party in Kentucky has been very wounded by President Obama,” Paul told CNN Sunday when asked if he were concerned about Gray’s candidacy.