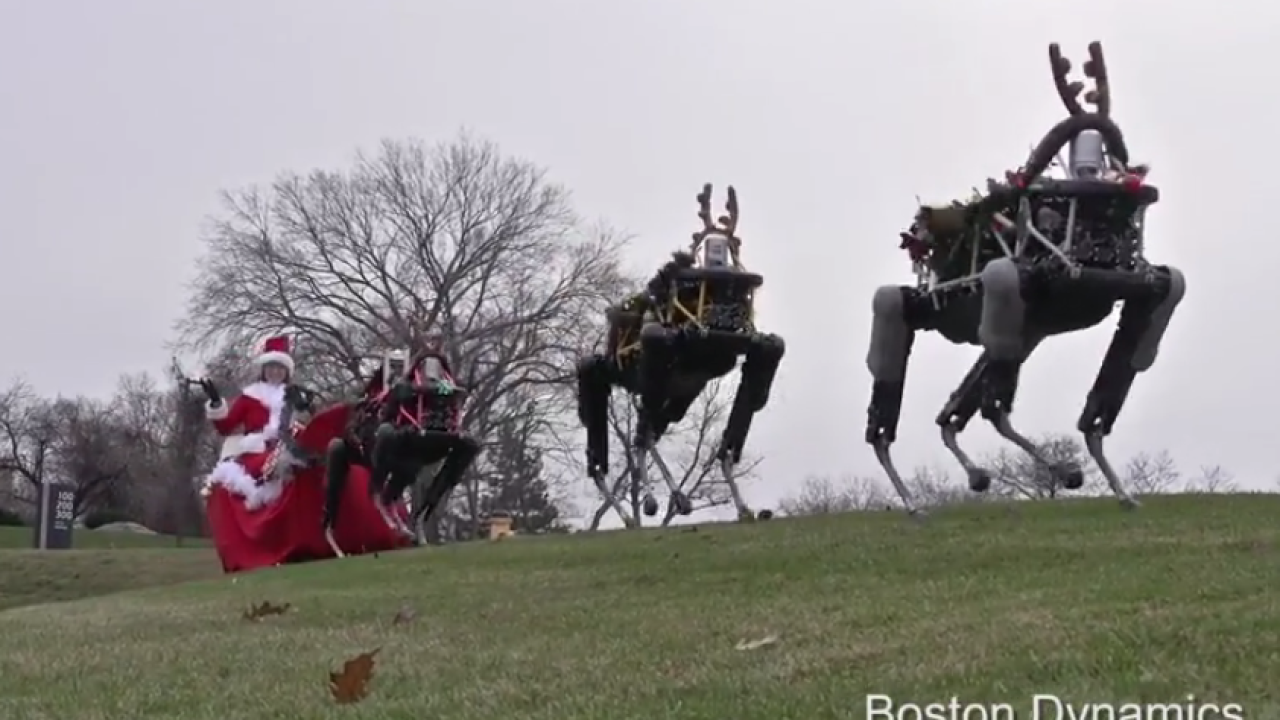 Robotics company Boston Dynamics have featured quite a few incredible robotic creations over the past few years. But this is the first time they’ve showed off a creation just for Christmas.

In 2013, they introduced PETMAN, a humanoid robot created for the DOD’s Chemical and Biological Defense program.

Earlier this year, they showed off the balance and agility of “Spot,” the robotic dog.

And now, to wish everyone “Happy Holidays” in 2015, the company created a troop of three robotic reindeer pulling a sleigh!

Boston Dynamics was acquired by Google X in 2013.