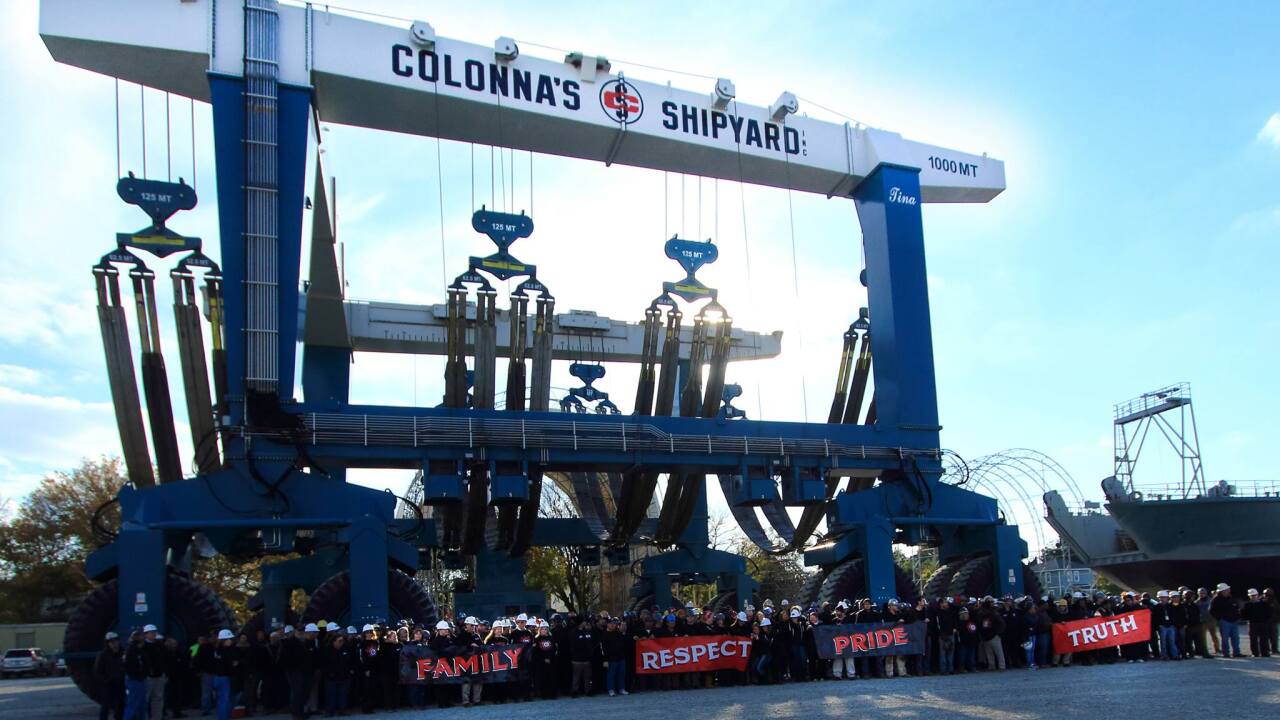 Colonna’s Shipyard is a full-service ship repair facility and home to America’s largest marine travel lift. It has been operating in Hampton Roads since 1875 and is the oldest continuous family-owned and operated private shipyard in the United States.

The new expansion will include a larger dry dock for working on larger ships, and they will also dredge and improve the channel and bulkhead. 51 new jobs will be created as a result of the expansion.

“This major investment by one of Virginia’s oldest businesses will expand capacity and improve the maritime infrastructure in Hampton Roads—a significant win for Norfolk and for the Commonwealth. Colonna’s expansion to grow and diversify is an important project in the marine industry and is another step forward in our efforts to build a new Virginia economy,” McAuliffe said.

The Virginia Economic Development Partnership (VEDP) worked with the City of Norfolk to secure the project for Virginia. Governor McAuliffe approved a $200,000 grant from the Commonwealth’s Opportunity Fund to assist Norfolk with the project. The Governor also approved a $250,000 performance-based grant from the Virginia Investment Partnership program, an incentive available to existing Virginia companies. The company is eligible to receive state benefits from the Virginia Enterprise Zone Program, administered by the Virginia Department of Housing and Community Development. Additional funding and services to support the company’s employee training activities will be provided through the Virginia Jobs Investment Program, administered by VEDP.