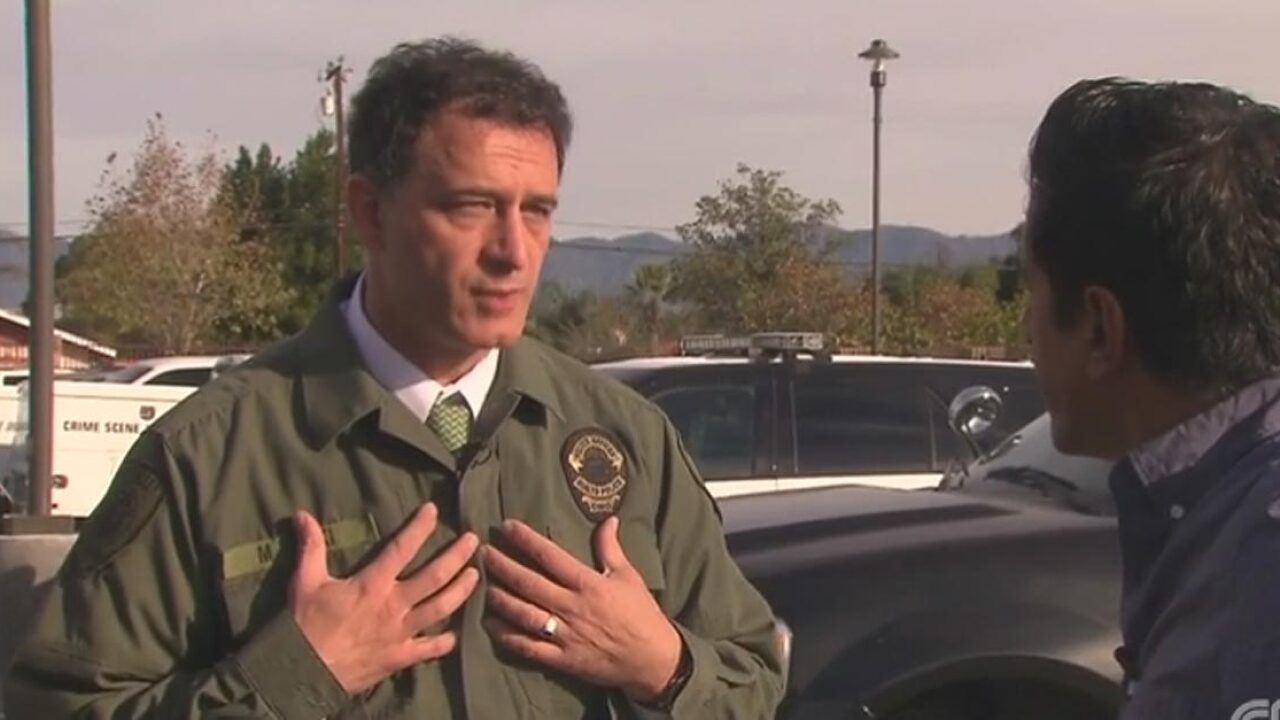 SAN BERNARDINO, California — Before the local SWAT team arrived on the scene of the San Bernardino shooting massacre, Dr. Michael Neeki was already there, arriving just minutes after the shooting began.

“The call came in on the radio: There’s an active shooter scenario in San Bernardino,” said Neeki, an emergency room doctor at Arrowhead Regional Medical Center’s trauma center in Rialto, California. “I just hop in the car with my tactical equipment and go to the scene. Often I don’t have time to notify anybody, I just go.”

Pulling up in front of the Inland Regional Center, Neeki immediately began suiting up in his military boots, helmet and Kevlar vest, and checked his assault rifle, eerily similar to the one being used by the shooters. Without waiting for the rest of his SWAT team, he grabbed his medical pack and headed into the unknown.

Latest updates on the massacre

“At the time that you go in it is still an active situation, so you don’t know what you will encounter,” Neeki said. “It was one of the most organized scenes I had ever seen but you could feel that energy of worry. They [police on the scene] were worried if the shooters were [still] in the building and are they going to hurt more victims.”

Unfortunately, on this day 21 people were wounded, and 14 people died. “There were a lot of head injuries, chest injuries, and they didn’t have a good chance of surviving,” Neeki said. “We are very sad. There is no good news when you find out that your fellow citizens have died for no good reason.”

A new kind of doctor

Neeki is a new kind of doctor, a hybrid of healer and solider, an increasingly necessary type of medic trained to be able to defend as well as save lives. As assault rifles have replaced handguns as the weapon of choice in gang, street and mass shootings, the injuries and treatment needs have changed.

“So, we are now going to this assault rifle injury-type pattern which rips and shreds apart organs in your body, tissues in the body, vessels as they’re going through,” Neeki explained. “So you have to be ready to put in a tourniquet to avoid the bleeding, or quickly staple a wound in the field. Or use an Israeli bandage, which is a compression dressing. I also have a clotting factor you could put in a lesion.”

If this sounds like battlefield medicine, that’s because it is. Neeki said much of what doctors know today about treating assault rifle wounds has come from the wars in Iraq and Afghanistan. And because wounds like these shorten survival time for victims, it also means physicians need to be on the scene immediately, just like medics in foreign combat zones.

Putting medics into U.S. urban combat zones is a relatively recent phenomenon. The Bureau of Alcohol, Tobacco, Firearms and Explosives started putting paramedics in the field after the deadly shooting at the Branch Davidian compound in February 1993. Now in the second decade of the program, the bureau has about 70 special agents embedded with their special response teams.

Another recent shift in law enforcement tactics has been to put officers in emergency medical training. But critics worry they may not develop enough skills to function as well as a fully trained medical practitioner. Thus the notion of training medical professionals to become soldiers.

“Shooters ready?” yells the sergeant. “Yes sir!” comes the chorus of voices from the men in the training room. “Then move!” he barks. “Threat!” The assault rifles blaze. “Threat!”

With each sound-off, the men advance, aiming another blast of ammo at the targets on the wall. Neeki is one of them, training the day after the massacre next to his SWAT team brothers.

“I don’t want to get hurt,” said Neeki. “If someone has the intention like yesterday of coming in and just indiscriminately shooting and I’m the first there, I want to be able to defend myself and those civilians. A good guy should be able to defend himself and also help everybody else.”

Neeki, 51, is familiar with self-defense, having been born in Iran and drafted into the Iraqi war at age 18. But after 27 years in his adopted country, he didn’t expect his combat experience would be needed here.

“Never in a million years, but now that I’m here this is one of my duties,” said Neeki. “It’s a privilege to work here and it’s a privilege to be a part of this team, to serve the community out there. It’s the least I could do.”