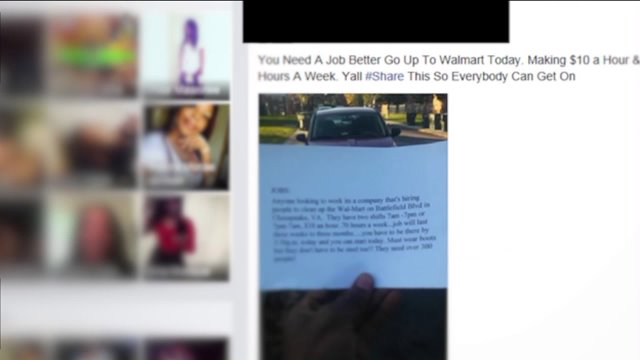 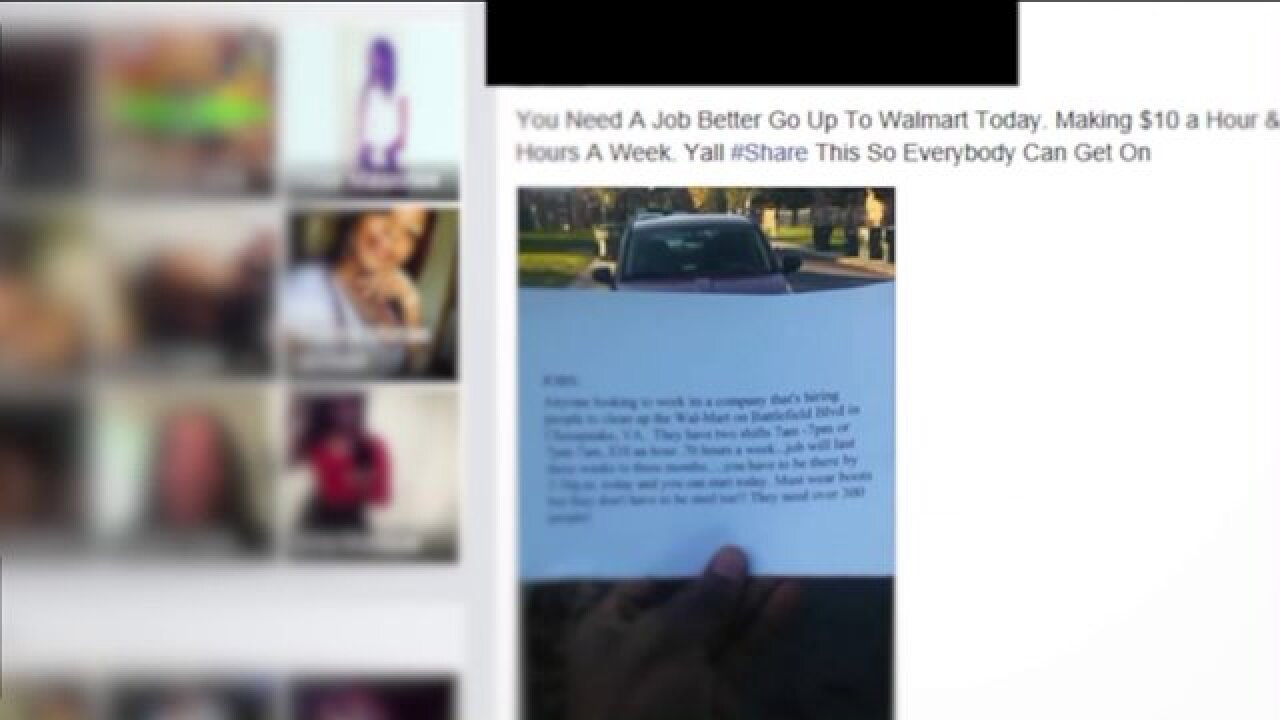 Chesapeake, Va. - "The bait was good. Enough to reel you in."

Tim Graddy says he fell for the bait when he saw a flier for a job to help clean up the Chesapeake Walmart damaged by an electrical fire.

"A guy with a white paper 70 hours a week, $10 an hour, three weeks to three months work guaranteed," Graddy said.

The post was shared more than 600 times since last week.  It says a company is looking for more than 300 people to help clean up the Chesapeake Walmart off of Battlefield Boulevard.

"Went down there to get the job and come to find out it was a big scam," Graddy said.

A spokeswoman for Belfor, the company doing the restoration to the store, says the flier is a fake

Graddy isn't the only one who was duped. Belfor says they've received hundreds of calls over the past week.

"Thinking they gonna get a job and go up there and they are just wasting their time. Do not go and don't give your information out to anybody," Graddy said.

As for the repairs at Walmart, Belfor says they're wrapping up their work and do not need any more help.

If you have any information about this hoax, call Chesapeake Police.