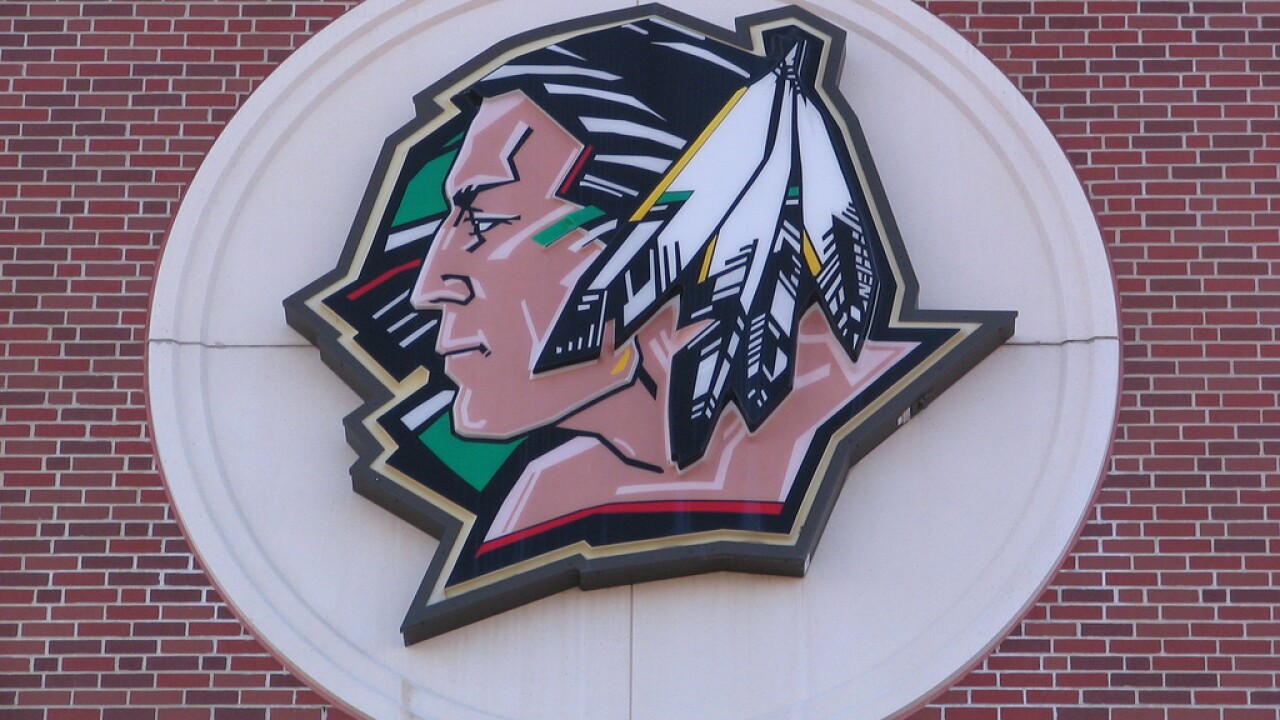 Grand Forks, ND.- The Fighting Sioux have been laid to rest while the Fighting Hawks swarm in to lead the University of North Dakota to victory.

According to the Star Tribune, the university has finally decided on a less offensive team name and mascot after complaints surfaced. Many felt that ‘The Fighting Sioux’ was a name that was offensive to American Indians as it insinuates that they are bloodthirsty and violent. The process began after the NCAA forced the school to ditch their original mascot in 2012.

The decision for the new mascot was voted on by students, faculty and staff, retirees, alumni donors and season-ticket holders. WhatsTrending.com released the top 5 finalist names which were Fighting Hawks, Roughriders, Nodaks, Sundogs, and North Stars.  The Fighting Hawks won on Wednesday with 57 percent of the vote after 27,378 votes were cast.

School president Robert Kelley said, “I think this name underscores the tremendous competitive spirit of our athletic teams, our student-athletes and the entirety of the University of North Dakota, expressing our state spirit and the fact that UND continues to ascend to newer heights.”

However, not all were pleased with the name change and took to social media to ridicule the decision.

“Why is it the UND Fighting Hawks instead of just the Hawks? Isn’t Fighting Hawks a bit derogatory towards a natural bird of prey,” tweeted user @TylerLiebl.

But the decision is final and the school is moving forward with the $200,000 process of changing the mascot.

Professional marketing firms will now be sending new logo proposals to the school. The design should be decided on by this summer and the image will appear on sports teams jerseys beginning in Fall of 2016.

“I think we are all sad to see the Fighting Sioux nickname go,” Chris Porter, former UND student-athlete, said. “The Fighting Hawks logo will have a lot to live up to.”