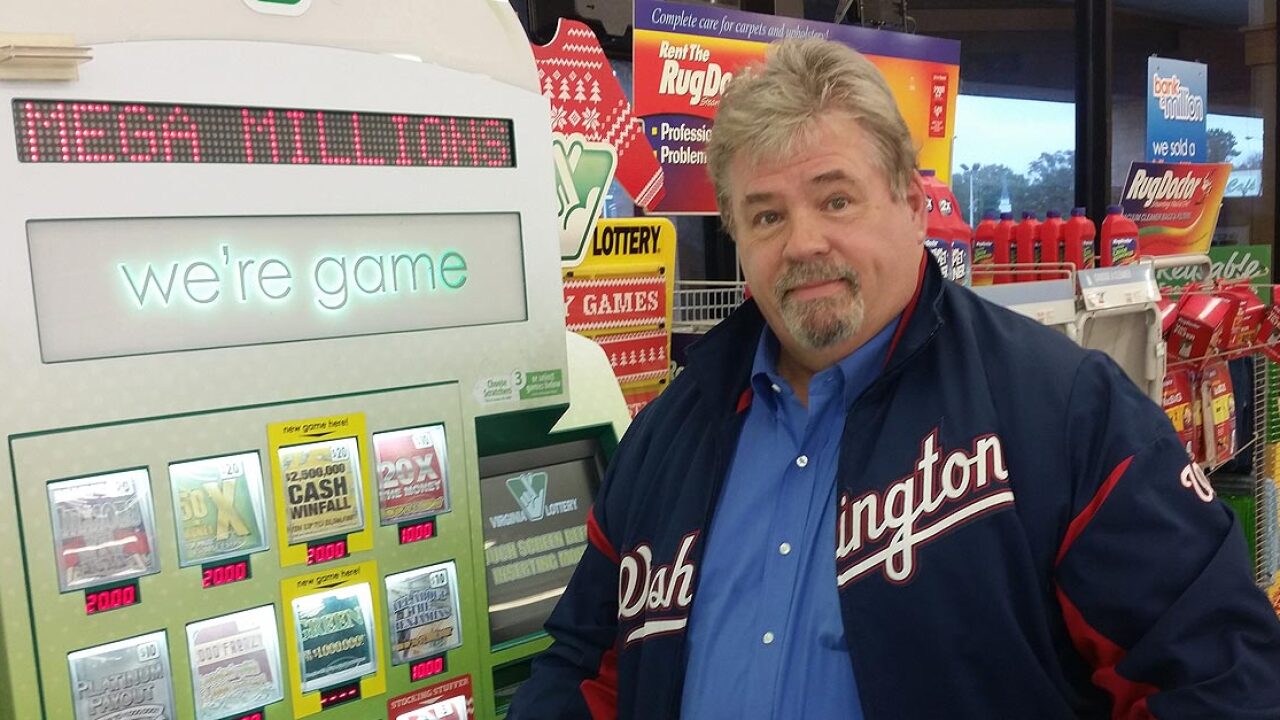 Virginia Beach, Va. – Bernard Bennick wasn’t sure if he’d bought a ticket for the Virginia Lottery’s November 18th Bank a Million drawing. So just to be certain, he went out and bought one.

It turns out he had already bought one, so now he had two tickets with the same set of numbers – and they both ended up matching all six numbers drawn to win the game’s top prize.

“I went to bed, but I couldn’t sleep,” he said. “Then I discovered I had the second winning ticket, and I really couldn’t sleep!”

He bought the lucky tickets at the Food Lions at 5277 Princess Anne Road and 4848 Virginia Beach Blvd.

Each store receives a $10,000 bonus from the Virginia Lottery for selling a winning ticket.

The winning numbers in the November 18 drawing were 3-7-11-20-23-33. The Bonus Ball number was 17, although he didn’t need it to win the top prize. Mr. Bennick, who is from Springfield, was in Virginia Beach visiting friends when he bought the winning tickets.

Bank a Million is one of the Virginia Lottery’s newest games. The top prize is calculated so that winners actually receive $1 million after federal and state tax-withholdings. The first drawing was September 2. Drawings are Wednesdays and Saturdays at 11:00 p.m.