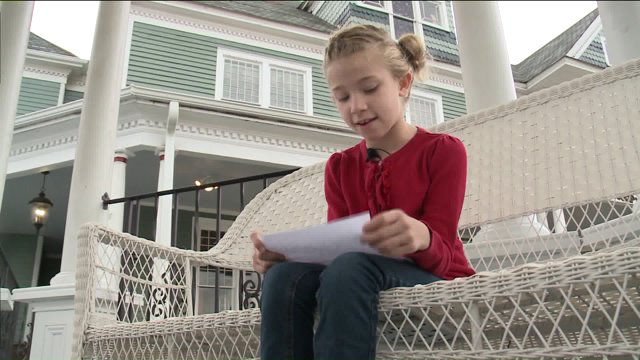 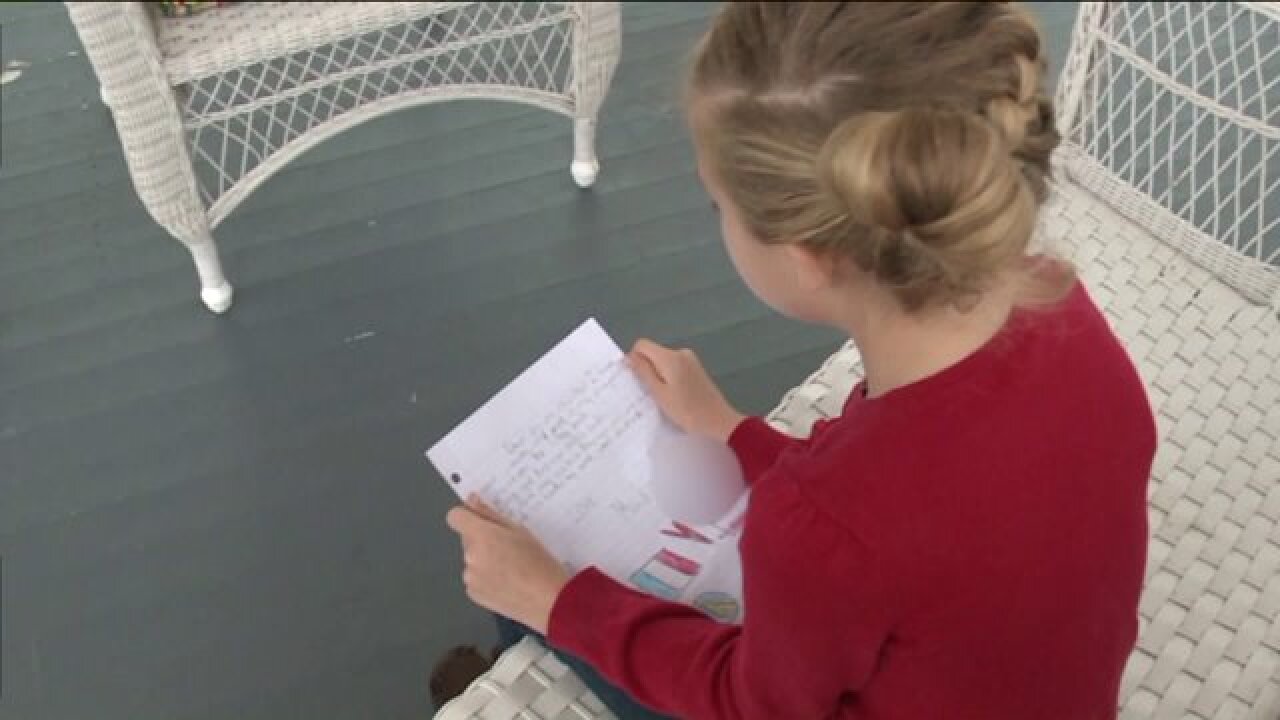 Chesapeake, Va. - The attacks in Paris are deeply affecting people all over the world -- including an 8-year-old girl in Chesapeake.

Madisen decided to take action to help in her own way.

"I felt really bad for Europe and I wanted to write something to help them fight back," she says.

The weekend after the attacks in Paris, Madisen wrote a letter to the French Prime Minister.

"I have your country and people in my prayers," Madisen wrote.

"It was pretty sweet," says Jason Minson, Madisen's father. "It made me feel proud."

Later in the letter, Madisen writes, "Thank you for fighting back. May God keep your soldiers safe."

Madisen is in second grade at Deep Creek Elementary. She says she's seen the news about all the people who died in France.

"I feel terrible for them," she says.

She also saw how the French are now fighting back for their country. It's a concept Madisen knows all too well. Her dad, Jason Minson, served in the Army for seven years and fought in Iraq. Her mom also served as a soldier.

In her letter, Madisen continues, "If they need any help, they can call my dad and his friends. They were great warriors."

"It makes me feel good," Minson says. "If I could still go do it, I definitely would."

A few days after we showed Madisen's story, her father reached back out to us with an update. He says after the story was picked up by media in France, he has been receiving messages from French police officers thanking Madisen for her letter.

He shared one of the messages with us:

"Thank you so much to both your daughter and you for your support. You can't imagine how grateful my colleagues and I are. The letter from your daughter had already really moved us. And now, being thanked from someone who served in the Army and fought in Irak [sic] means a lot to us all. I came across the letter of your daughter three days ago on a french news website."