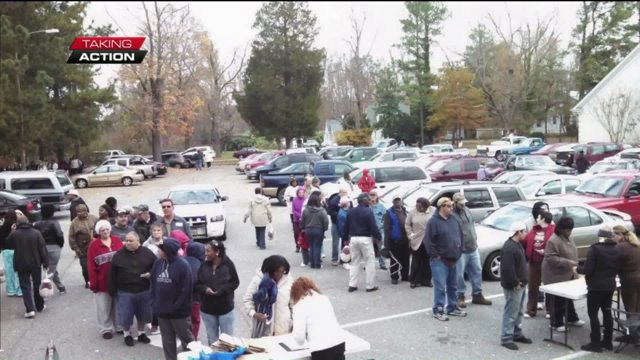 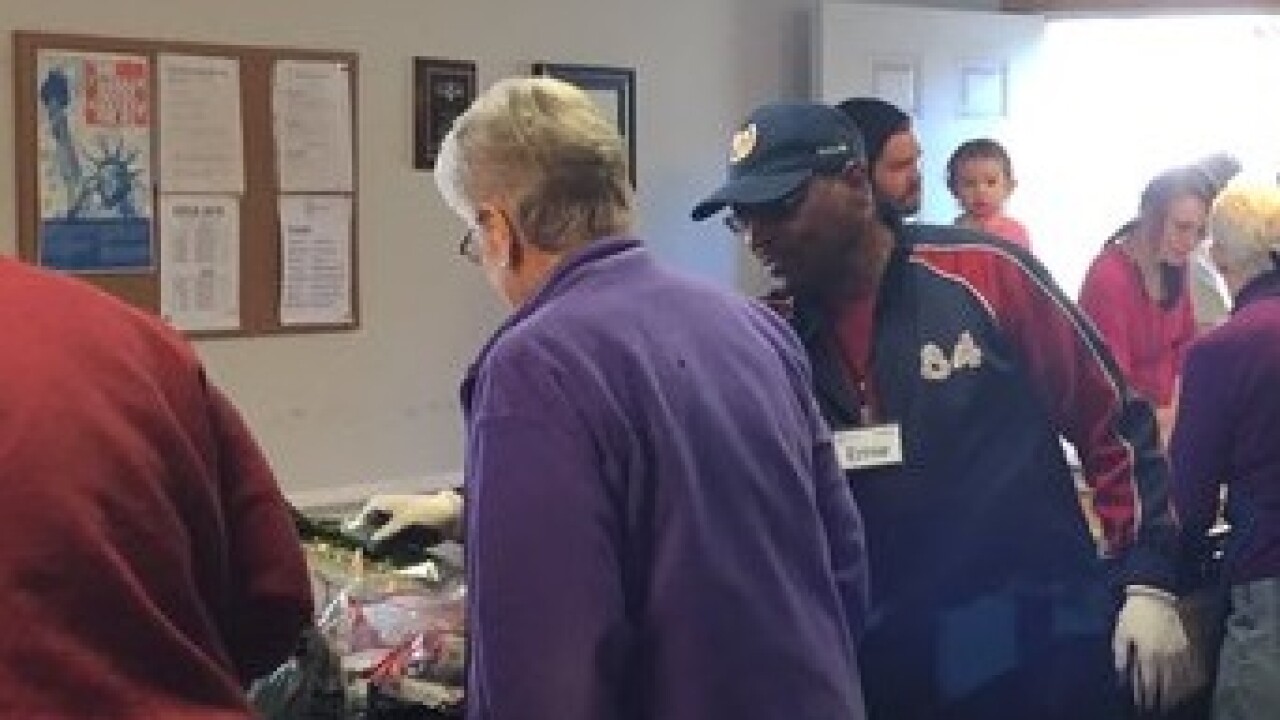 Gloucester, Va. -- It's the right thing to do. That's what a couple who runs a food pantry in Gloucester says about their latest mission.

This week they're making sure more than 400 families have a turkey on the table for Thanksgiving.

“This is an opportunity,” Bob Quinzel says. “We are thankful for the blessing to be able to it. Really.”

They've been paying it forward since 2010, when they retired from their jobs in New Jersey and took on a new job running the Bread For Life food pantry in Gloucester.

This week they're opening their hearts to families already signed up through the pantry and giving away 450 turkeys.

“It means putting things on the table that wouldn't normally be there,” says Dennis Webb, who has been a customer at the pantry for two years now.

For those like Webb, who has to feed his son and two grandchildren, getting a turkey means so much more than just food on the table.

“It's a wonderful feeling,” he says. “To see them smile. They love to eat.”

All the turkeys are coming from the Virginia Peninsula Food Bank in Hampton, where on Thursday morning they’ll be loaded onto a truck and taken to Gloucester.

“It means food for their bodies, but more than anything I think it means hope that there are better times because there are people that care about them, that life doesn't have to always be disappointing,” Quinzel says.