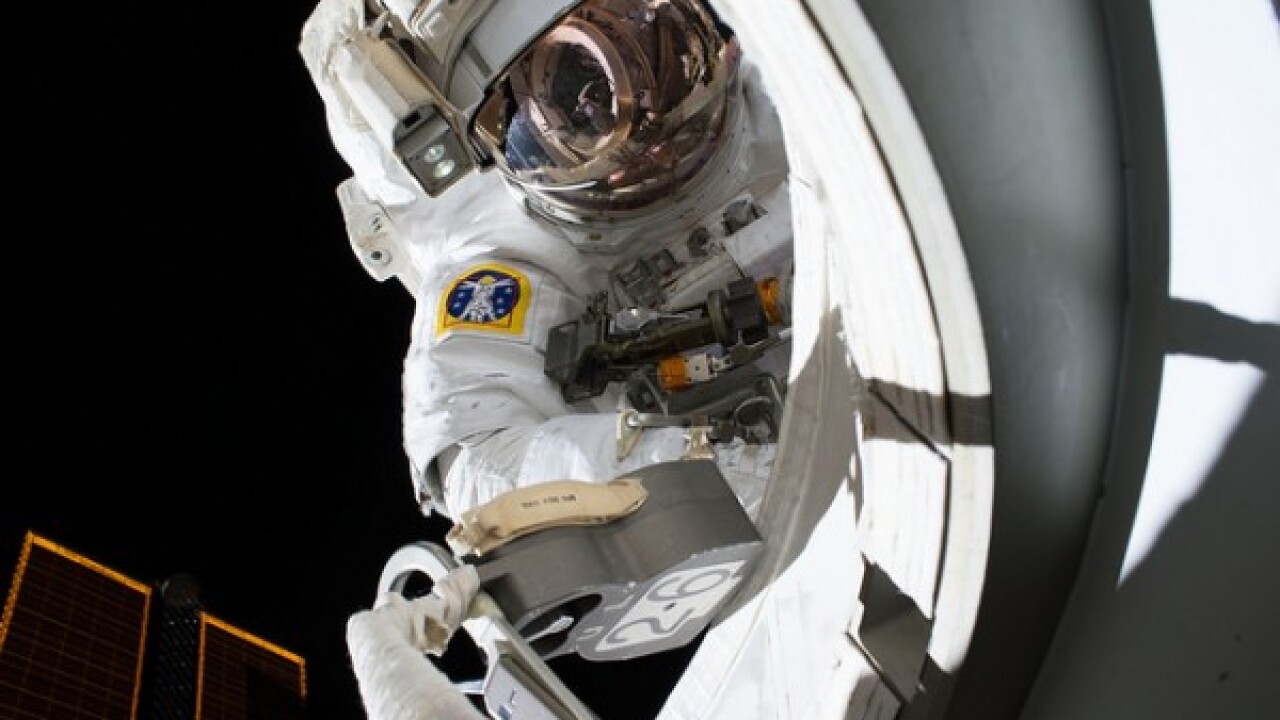 This Friday, you’ll have a chance to go on a spacewalk with real astronauts without leaving the comfort of your home.

The two previously took a spacewalk on October 28 live via NASA TV.  During that mission, Kelly and Lindgren performed a number of tasks. In fact, according to the website EarthSky.org, the two “applied a thermal cover on the Alpha Magnetic Spectrometer, applied grease to a number of components in one of the latching ends of the Canadarm2 robotic arm; and began work to rig power and data system cables for the future installation of a docking port to the station that will be used for the arrival of the Boeing Starliner CST-100 and SpaceX Crew Dragon spacecraft.”

During their spacewalk on Friday, the two astronauts will return the port truss cooling system back to its original configuration after repair work completed in 2012.  They will also work with ammonia fluid cables and tanks during their spacewalk.  Japanese astronaut Kimiya Yui will assist the two and coordinate their activities from inside the ISS.

This month, the ISS crew celebrated the 15th year of a continuous human presence in space aboard the station.

This Friday’s spacewalk will begin at 7:10 a.m., lasting about six hours.

Check out the space mission live by going to NASA TV.