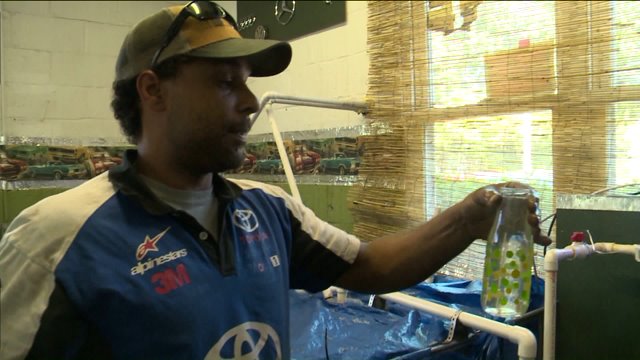 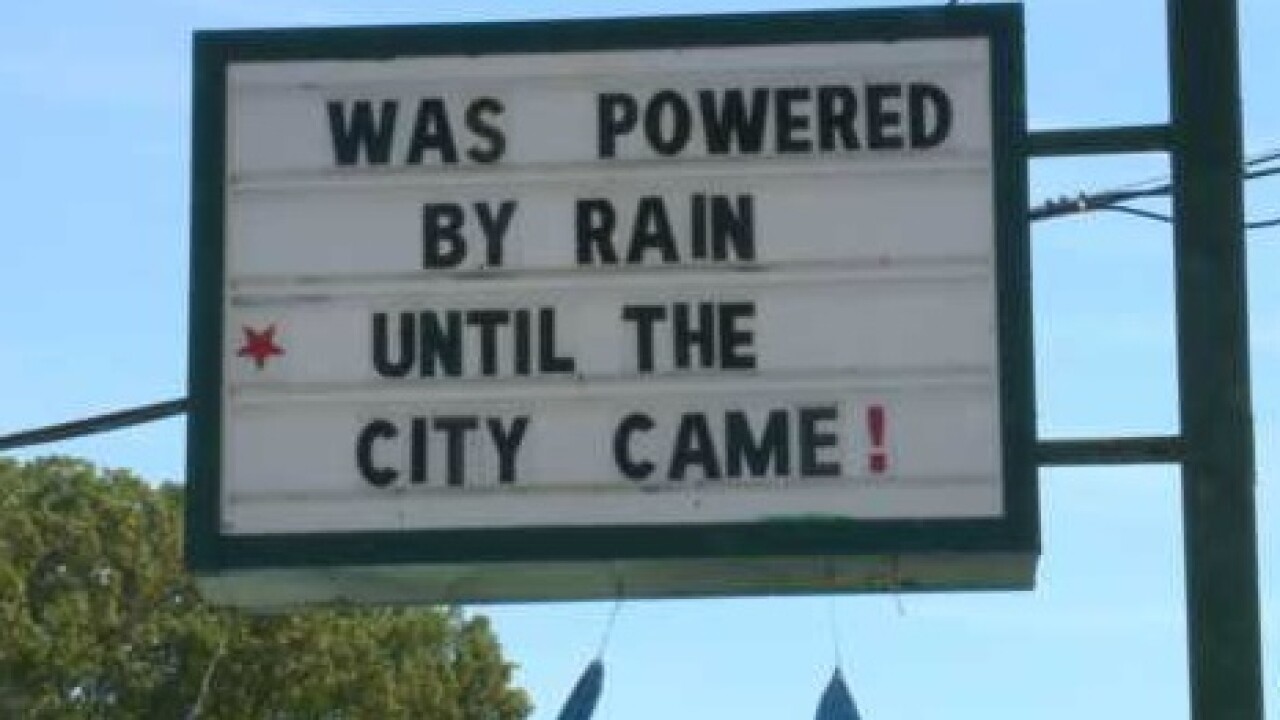 Newport News, Va. - With the push of a button and turn of a knob, Go Green Auto Care gets its water from a faucet like most businesses.

However, their faucet is attached to a system that sends water through two filters and an ultraviolet water purifier before it comes out.

The reason: They are using rainwater.

"The water we would be seeing out in the street is now here waiting to do another good deed," says Tyrone Jarvis, owner of Go Green Auto Care.

According to Jarvis, it all started earlier this year after a leak at his building led to a $4,000 water bill.

Before investing in fixing the pipes and hooking back up to the city's water line, Jarvis bought a storm water filtration device, which he thought was a more eco-friendly solution.

His shop uses it for cleaning, washing hands, and flushing the toilet. After having a local chemist test the water, Jarvis even drinks it.

"What we get is a finished project that is crystal clear and beautiful."

However, the city of Newport News wasn't as excited about the idea.

A spokeswoman for the city tells NewsChannel 3, there is a set of uniform statewide building codes that Jarvis has to follow, which does include guidelines for businesses to use rainwater as a water source. However, that is to a certain capacity.

She says that using rainwater for purposes such as sink water is in violation of the code and a health and safety hazard.

Go Green Auto Care was condemned for two days over the summer until they hooked back up with the city's water. Jarvis said they used the city's water for two months, but only used 275 gallons. Then 38 days ago, they decided to keep their connection to the city line but go on strike from using it.

"If they hamper the technology and individuals who want to push things in the right direction, then nothing is going to change and one day we'll all be without a single drop," says Jarvis.

Jarvis says he is not against the city water, he is just against wasting it. He plans to continue the strike until he can prove to the city that his process works.