New plans in place for damaged NC-12 in Kitty Hawk 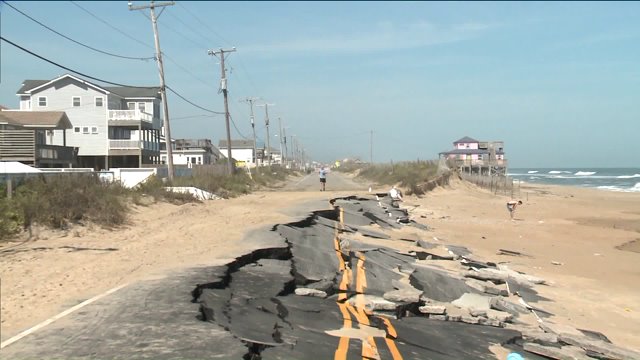 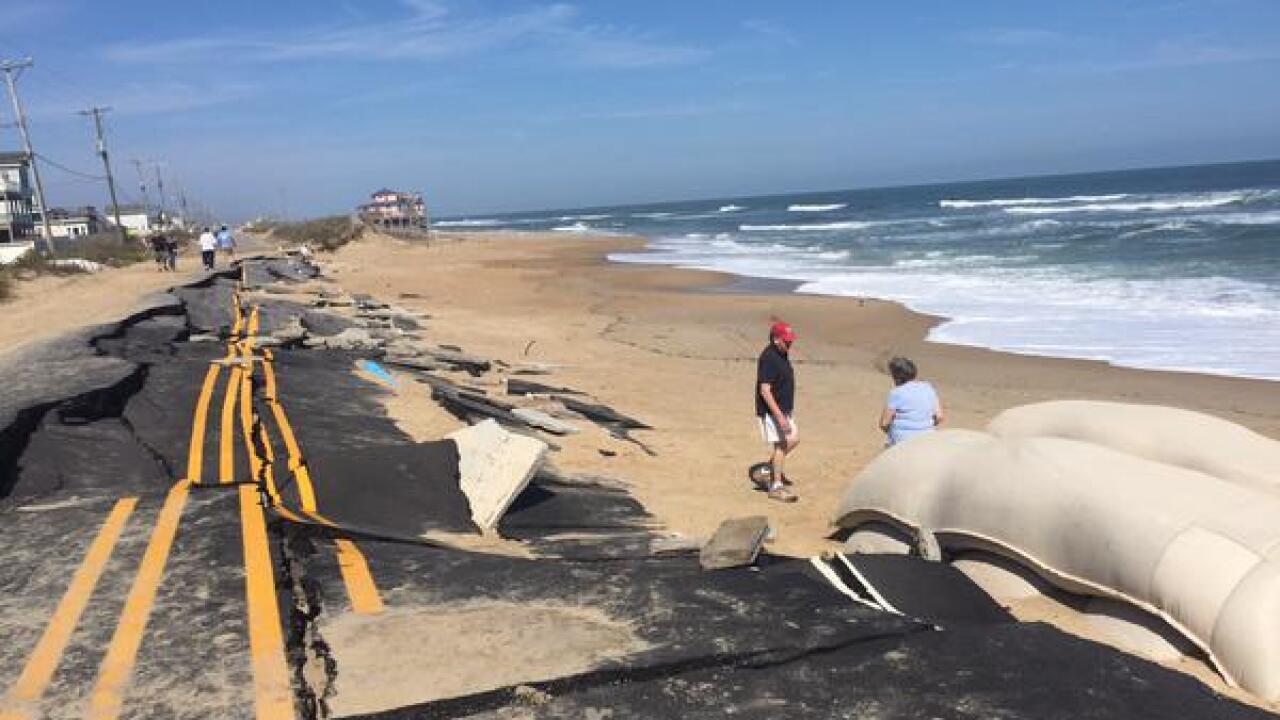 Kitty Hawk, NC - There are new plans in place to fix a newly damaged section of NC 12 in Kitty Hawk.

The troubled section of road has again collapsed just a few months after crews rebuilt the road, the dunes and added hundreds of sandbags.

The latest destruction comes from a storm that battered the area for several days. The rebuilt dune quickly eroded and eventually, the stability of the sandbags was compromised as well.

Now NCDOT is in repair mode, figuring out how to fix the highway and work to prevent it from happening once more.

A spokeswoman told NewsChannel 3 that the sandbags helped significantly, but not completely. Most of the damage was done where there weren't any sandbags. So now they're planning to add hundreds more sandbags to protect the area.

But as far as when that project will start, or the road re-opens, there's no set time.

"For the people who have homes here and in this back neighborhood, it's a huge inconvenience. For us beachgoers and other people, we can drive on the bypass around it to get to where we need to go," says local resident Richard Welch.

And there's no telling how long that could last.

Luckily, if you're an Ocracoke Island resident, here's the good news. After NC 12 was closed last week due to sound flooding, crews were able to reopen the road on Thursday morning.