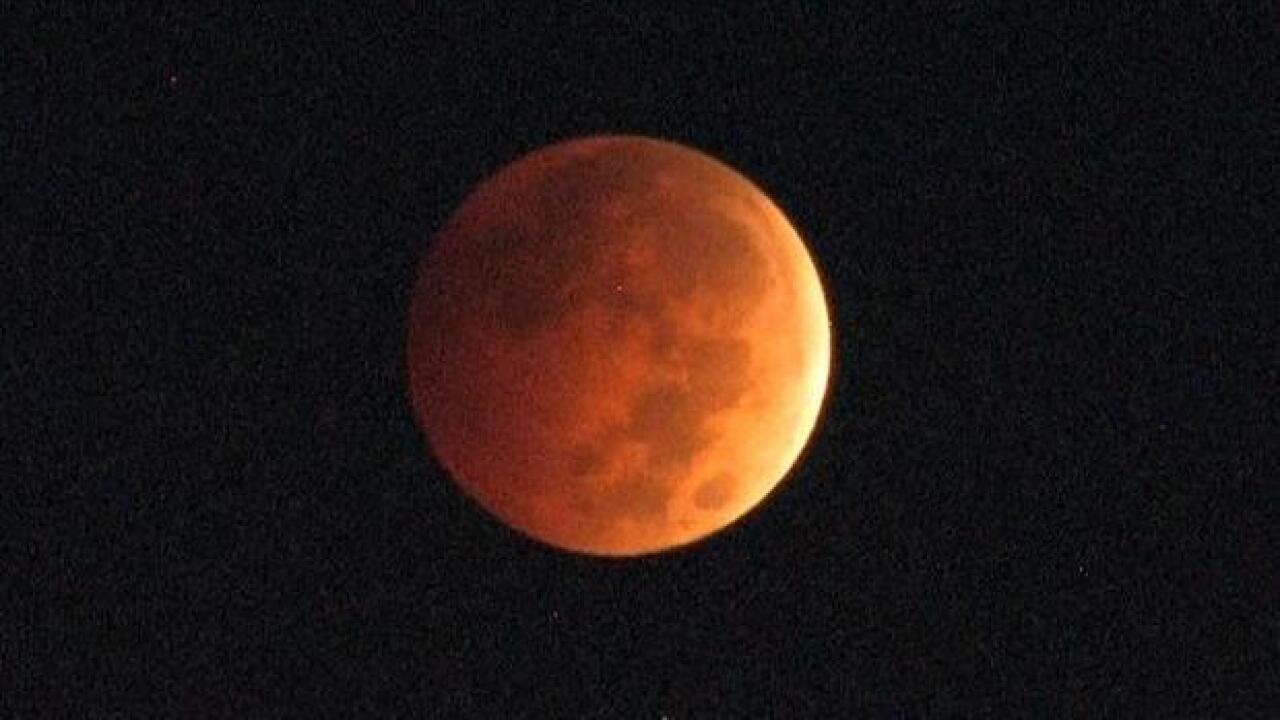 Hampton Roads, Va. – Mark your calendars!  A rare celestial event will have you seeing red and likely talking for days.

On the night of September 27 — for the first time in more than 30 years — a supermoon lunar eclipse will light up the sky.

According to astronomers, the event will start with a supermoon.  Supermoons occur when the moon reaches its full phase at or near its closest approach to Earth in orbit.  That makes the moon appear brighter and larger than usual.  In fact, the moon will likely appear about 14 percent larger.

Then, the supermoon will coincide with a lunar eclipse.  A lunar eclipse occurs when the moon passes directly behind Earth into its shadow.

Now, why will the moon appear red?

Well, during a total lunar eclipse, the moon often turns a reddish color when it’s hit by sunlight bent by the Earth’s atmosphere.  Hence, that’s why this moon is often called the “blood moon.”

The supermoon lunar eclipse has happened only five times since 1900!  The most recent one was in 1982.  And if you miss the one on September 27, it won’t happen again until 2033!

Here’s an extra incentive to check out the supermoon lunar eclipse — You won’t need to buy special eyewear to view it.  It’s a lunar eclipse, not a solar eclipse.  How about that!

Hopefully the weather here in Hampton Roads will cooperate by then.  We’ll continue to keep you VIPIReady as we get closer to this rare event.