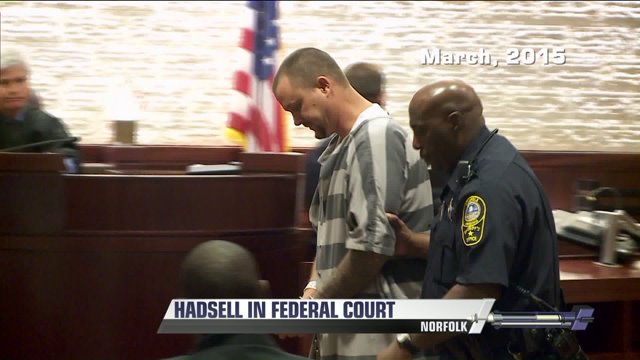 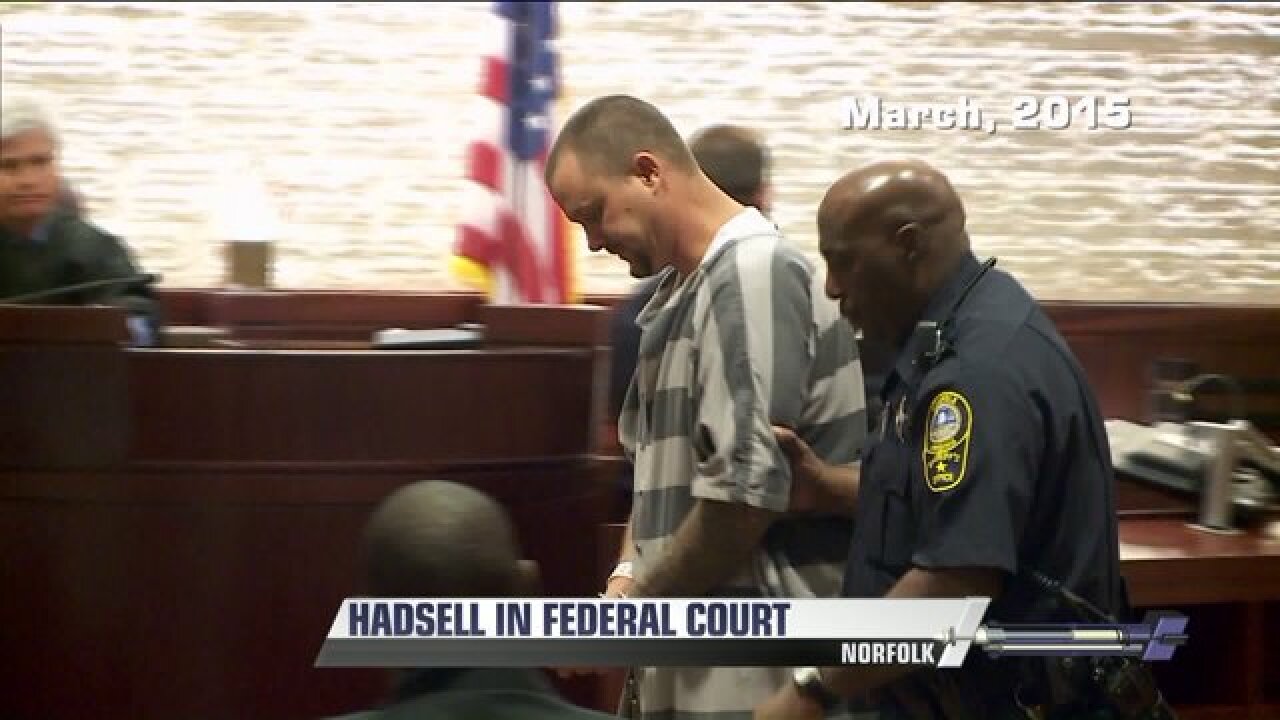 Update: Hadsell has been indicted by a grand jury today on charges of felon in possession of ammunition.

Norfolk, Va. - On Monday, Wesley Hadsell was denied bond.  He has been behind bars for more than five months now.

As part of the hearing, prosecutors referenced a letter they say Hadsell wrote to his mom in an effort to keep him in jail. "Wish I had bond, I'd go away for sure," the letter reads. "I could live elsewhere and never have a worry."

Up until last week, he faced several state charges which included being a felon with ammunition.

Last week the charges were all dropped in Norfolk Circuit Court.

The difference is the federal sentence could be much more severe.

In April, her body was found behind an abandoned home in Southampton County near the North Carolina border.

We now know she died of heroine poisoning.

Hadsell was never charged in her death and so far, police have made no other arrests in their investigation.

Police say Hadsell hid dozens of bullets inside an AC vent in his Norfolk hotel room.

Hadsell denies having any of the ammo saying it wasn't his.

But if convicted, prosecutors are expected to use his criminal past to leverage more prison time.