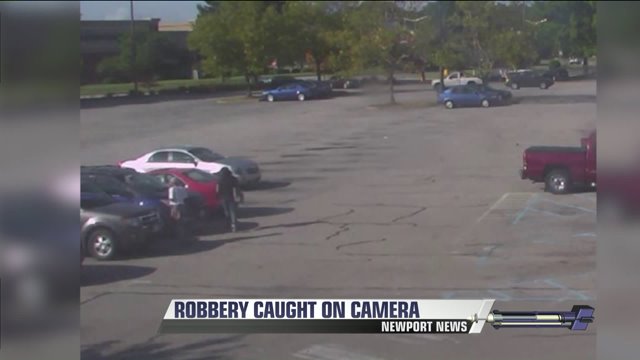 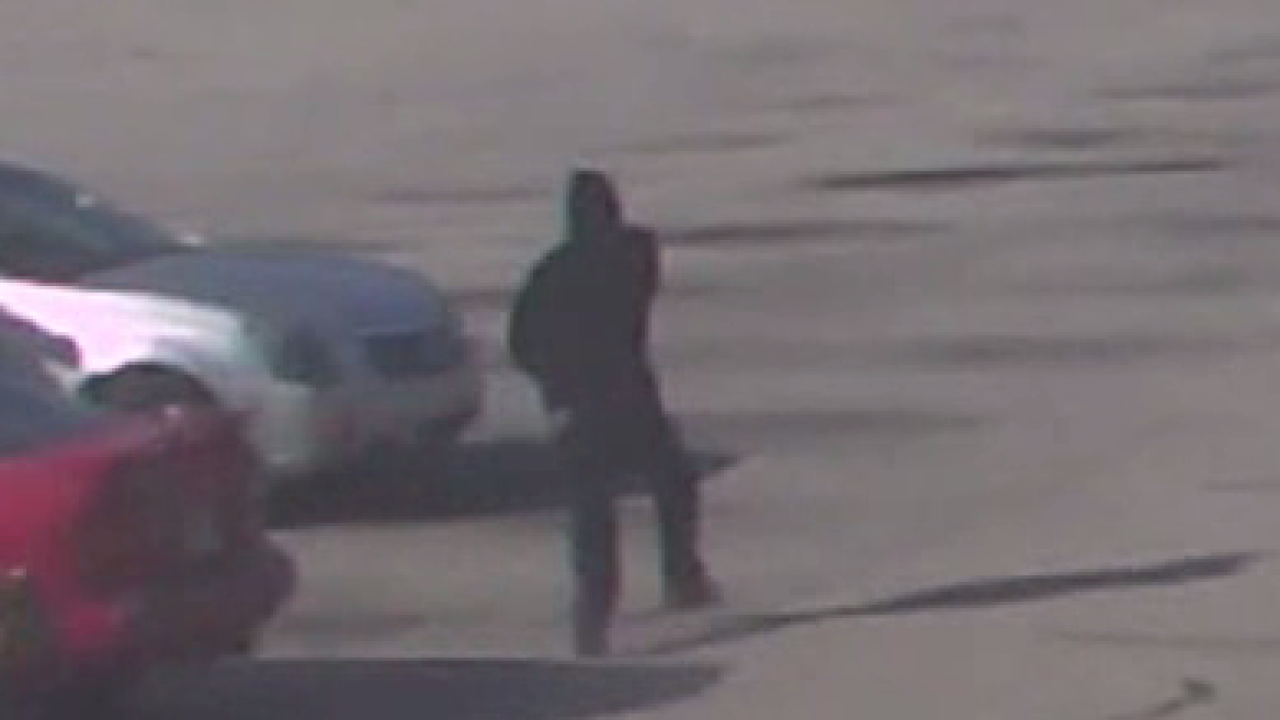 It happened on September 8 at 9:35 a.m. at the parking lot of Patrick Henry Mall.

The whole thing was caught on camera.

The victim, a female employee of the DTLR store, was with a fellow DTLR employee when it happened.

Surveillance video shows two employees were entering the female's car to take the daily deposit from the store to the bank.

As the employees entered the car, the masked men rushed the female and stole her purse that had all of the deposit money.

The men then jumped into a waiting silver Cadillac.

The vehicle sped away from the parking lot.

Police say the first three letters of the license plates on the car are "ZWY."

The first suspect is described as a black male, 5'9", 20-30 years old, wearing a black ski mask and tan or green jacket.

The second suspect is described as a black male, wearing a ski mask and all black clothing.