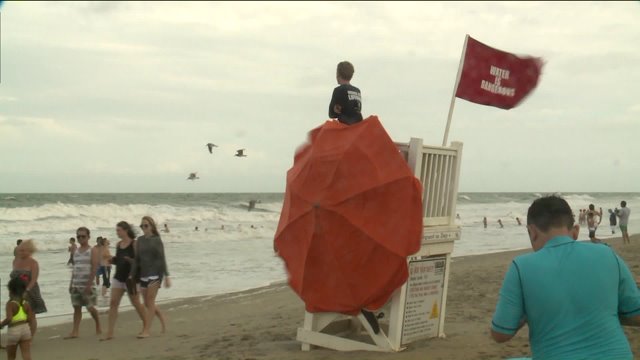 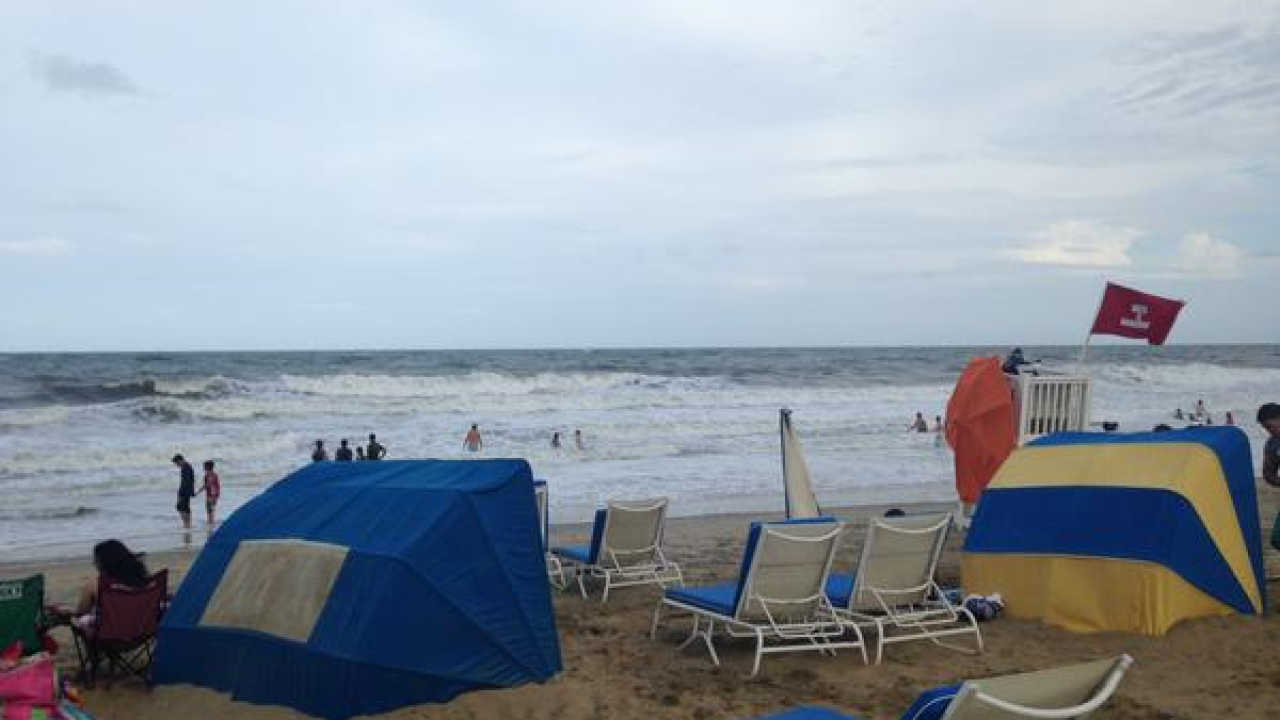 Tom Gill, Deputy Chief of the Virginia Beach Lifesaving Service, says 16 people were rescued as of Saturday night. There were red "dangerous water" flags up across the oceanfront and a knee-deep restriction for swimmers.

"These are probably some of the most dangerous conditions we've had all summer," he says.

The red flags and knee-deep restriction could carry through the entire Labor Day weekend.

"The water is not the safest place to be this weekend," says Deputy Chief Gill. "Even if the wind backs off a little bit, we're going to have a big surf. The bigger the surf, the bigger the rip currents, so people need to be very aware if they come out to the beach on Sunday."

Some of the biggest issues on Saturday had to do with surfers overestimating their abilities.

"We rescued three surfers, had to get them off the rocks and jetty, and take them all the way around, it's been about a 15 to 20 minute rescue process each time," says Deputy Chief Gill. "We need them to be wary."

Lifeguards are asking swimmers to check in with them on the water's conditions before heading into the ocean.