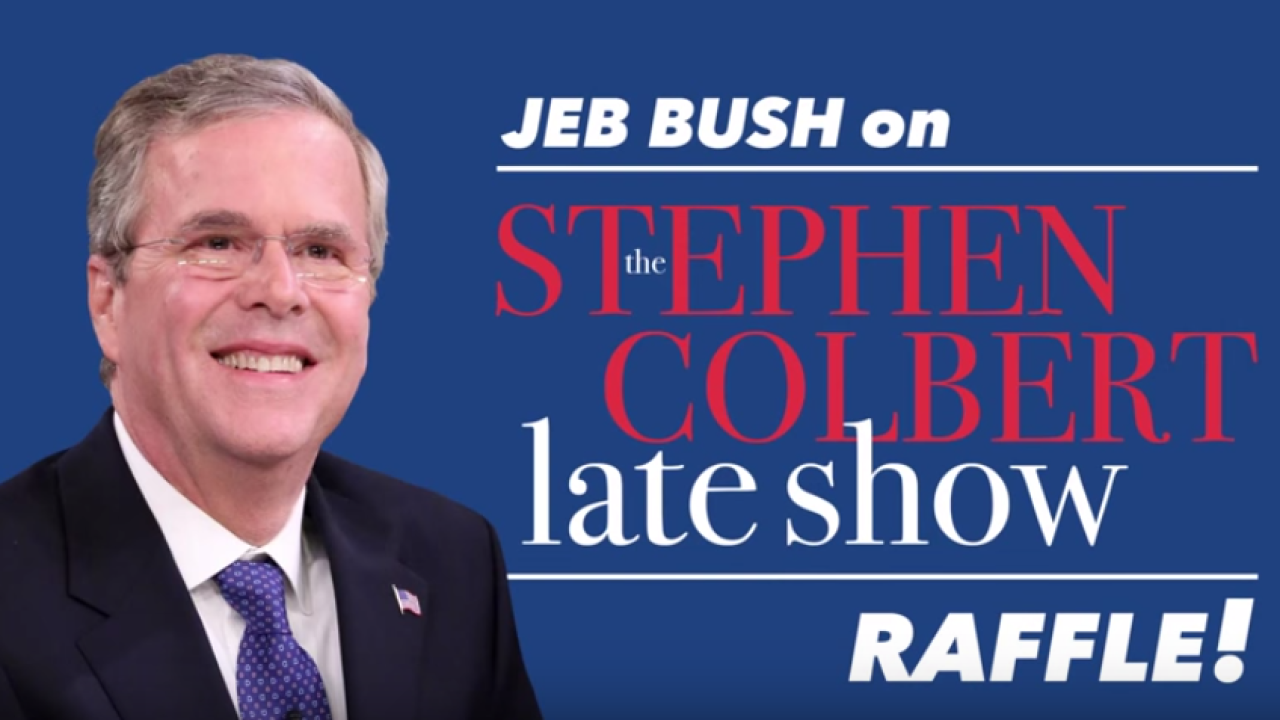 MANCHESTER, New Hampshire (CNN) — In a fundraising email, Jeb Bush announced last month that he’d be appearing as a guest on Stephen Colbert’s first taping as host of the “Late Show” and offered supporters a chance to come watch if they entered a raffle in exchange for a $3 donation to his presidential campaign.

But apparently Bush’s team didn’t coordinate that effort with the show, and now Colbert is having a little fun of his own.

“No one from Jeb’s campaign asked me if this was OK with me to raise money off my first show,” the comedian said in a video released Wednesday. “Where’s my cut of that sweet three bucks, governor?”

Colbert unveiled his own contest, in which the winner will be a VIP guest on the show and, bonus, get to submit one obscene question to Bush that Colbert will ask on their behalf.

“For example, one question might be: ‘Don’t you wish you’d consulted Stephen before launching your contest?'” Colbert joked.

All donations for Colbert’s contest will go to the Yellow Ribbon Fund, which helps injured service members and their families.

Bush responded on Twitter with a quick video recorded at the Philadelphia airport, presumably on his way to New Hampshire for campaign events here Thursday.

“I thought the host was Amy Schumer; I totally blew it. But since it’s you, we’re lowering our contest fee to $1,” he said. “And I’ll enter yours with a donation to the Yellow Ribbon Fund.”

He also tweeted: “I hope everyone will join me in donating to this great cause,” with a link to the Yellow Ribbon Fund.