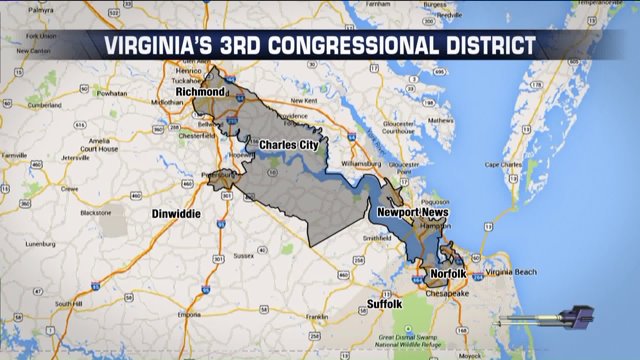 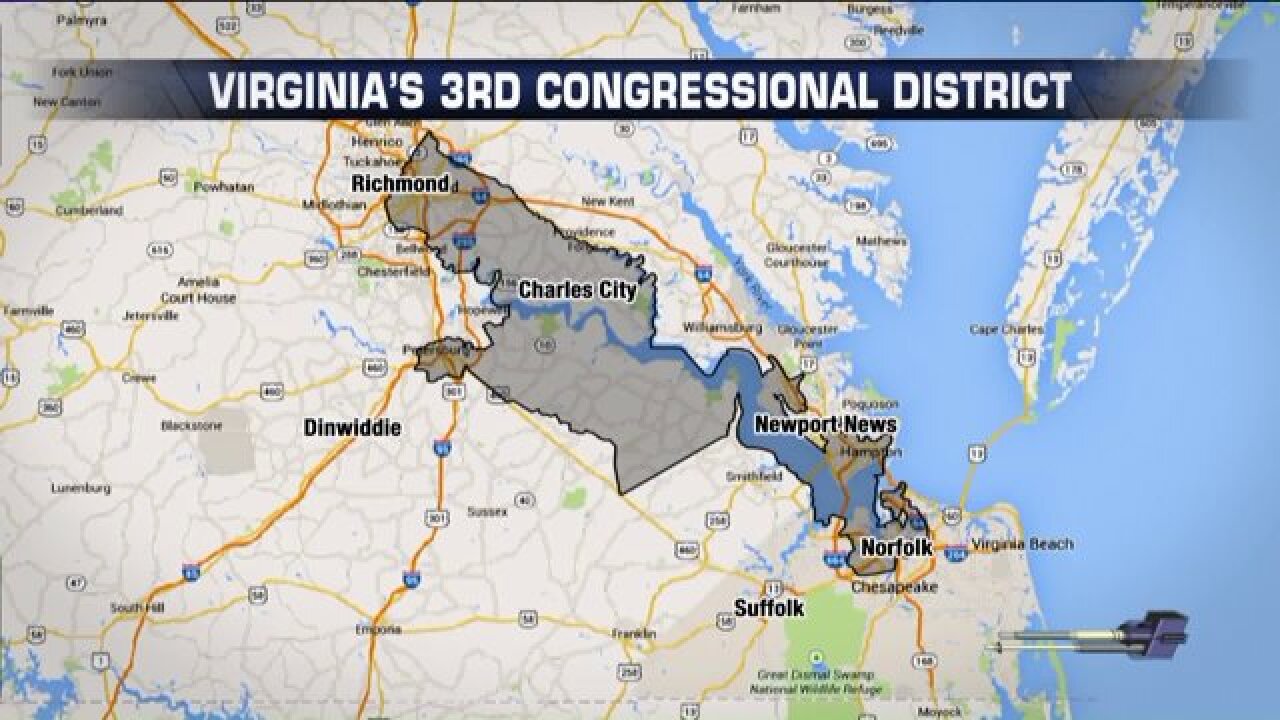 State lawmakers are meeting today to redraw congressional districts, and some Hampton Roads residents could see a new congressman from the changes.

The third district is represented by Bobby Scott and stretches from Richmond all the way down to Hampton Roads.

Federal judges have ruled Scott's district is unfair because too many African Americans are in it.

Governor Terry McAuliffe says he will only accept new lines if the districts are fair.

"I think competition is good. 90 percent of congressman are guaranteed reelection - that's not good for democracy."

Analysts say that's easy for him to say.

Out of the 11 Virginia congressional seats in DC,  the current district lines have only produced three Democrats.

Republicans say current lines are fair and will continue to appeal the order to redraw - all the more reason political analyst Dr. Bob Holsworth says to expect some drama.

"Governor McAuliffe has to sign off on the plan, and if he vetoes it and they can't reach an agreement with the General Assembly this whole redistricting case will be thrown into the courts - where it may actually be worse for the Republicans."