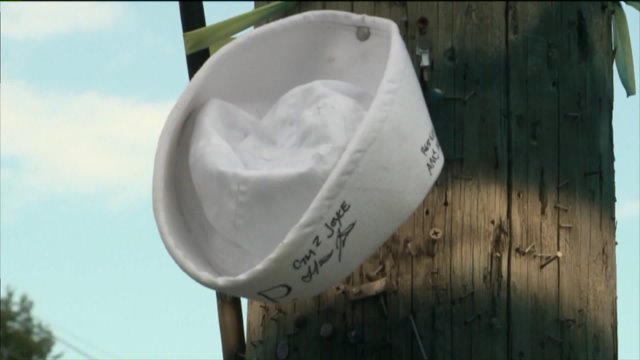 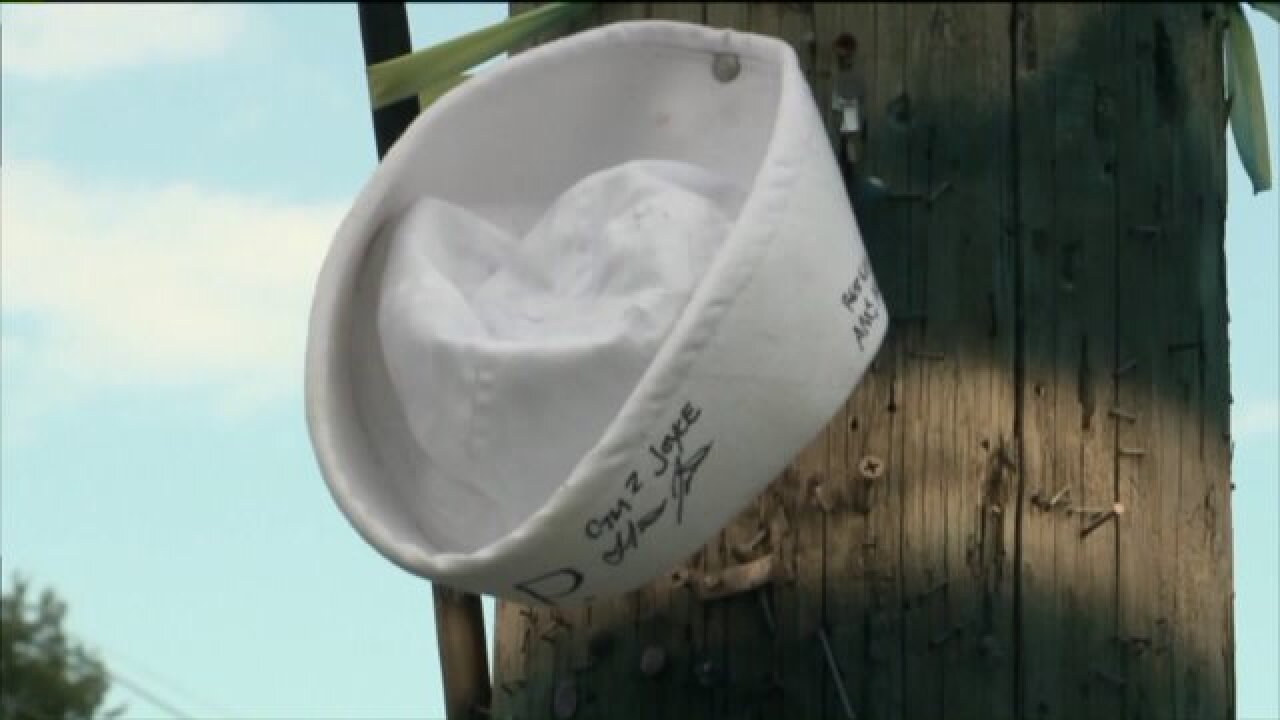 Virginia Beach, Va. - A memorial for 21-year-old Brandon Marcellus Haith has been created right by where he was shot and killed early Saturday morning.

"If I could do more I would, if I could bring him back I would, but you can’t bring something back that’s already gone," says Steven Joyce, a friend of Haith. "I felt that he needed not just hats on a pole or a cross on a tree, but he needed his own place."

Police say Haith, of Powder Springs, Georgia, was shot to death in the middle of Barberton Drive.

The Navy confirmed to NewsChannel 3 that Haith was a Sailor stationed in Norfolk on the USS San Antonio.

At approximately 12:40 am, Emergency Communications received a call about a man lying in the street in the intersection of 24th St. and Barberton Dr.

Police units were dispatched to the scene and found Haith with a visible gunshot wound.  He was pronounced dead at the scene.

Jeff Nesbitt, who lives across the street from where Haith was found, says he heard a gun shot and immediately came to his aid.

"I just held his hand and told him, 'hey brother I’m sorry, I mean we’re here with you and it’s going to be OK,'" he says. "I was right there when he passed away."

The case remains under investigation with the Department’s Homicide Squad.