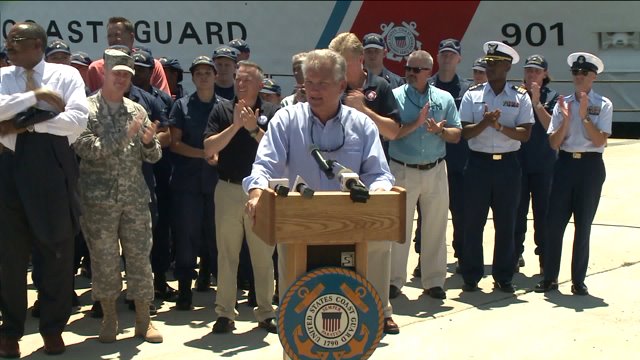 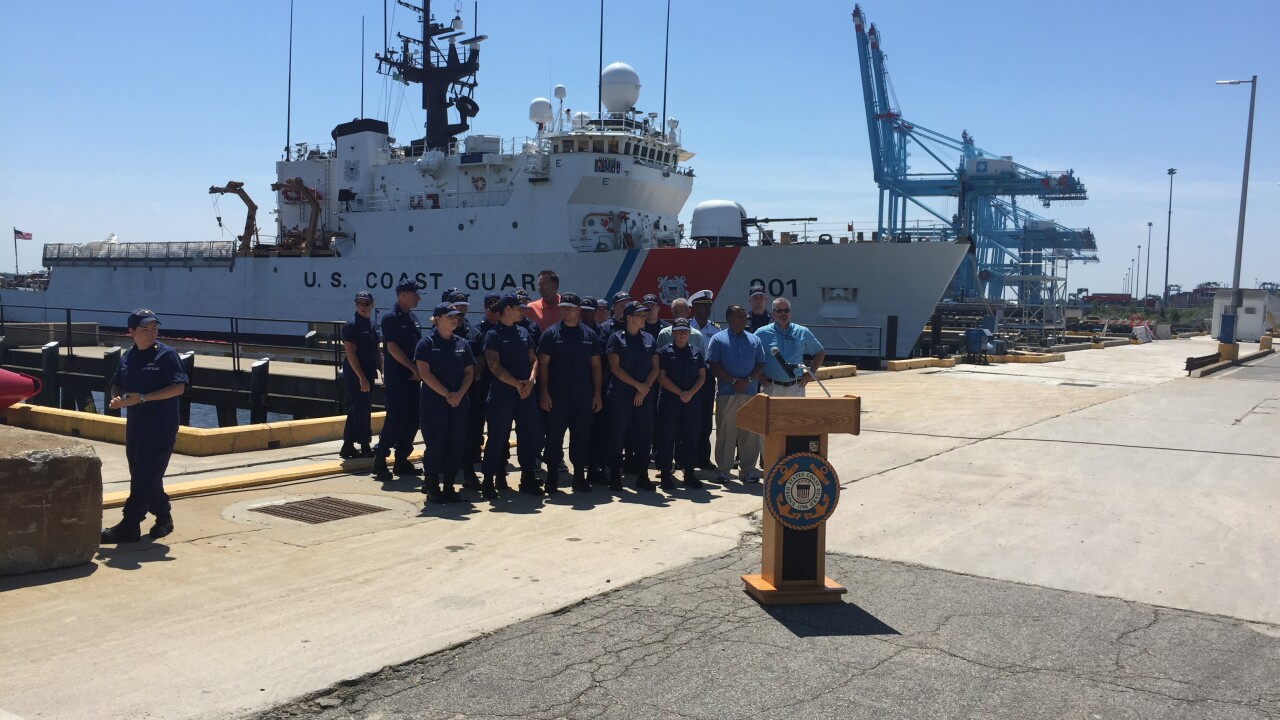 Portsmouth, Va. - Governor Terry McAuliffe made an appearance at the U.S. Coast Guard Base in Portsmouth on Friday for a briefing on hurricane preparations for the Commonwealth of Virginia.

Gov. McAuliffe teamed up with Secretary of Public Safety and Homeland Security Brian Moran, Secretary of Transportation Aubrey Layne, and Virginia Department of Emergency Management State Coordinator Dr. Jeff Stern to call on Hampton Roads residents to take action and prepare for the potential of a hurricane. He emphasized having a plan of where to evacuate.

"It is something each and every individual, every family, every business owner needs to embrace and needs to embrace now," says Governor McAuliffe. "It only takes one storm or hurricane to cause major damage and loss of life."

As far as the state's preparedness, he announced 17.7 million in federal funds for the state that will go towards enhancing security preparedness. Last year, an in-season review of their preparedness came up with 50 recommendations on how the state can improve. He showed where they are making progress and where the state needs to improve.

Dr. Stern says their biggest areas of concern include a shelter deficit, and over-emphasizing evacuation. However, they have hired a shelter coordinator and hope to have a risk-based evacuation plan by next year.

"It  takes a couple years to do this, but we hope to have a region-wide unified approach," he says.

The governor also presented Rear Adm. Stephen Metruck, commander of the 5th Coast Guard District, with a proclamation in recognition of the U.S. Coast Guard's 225th birthday, which the service is celebrating Aug. 4.

Thanks to the men & women of the U.S. Coast Guard for their service to our nation & thanks for the base tour today. pic.twitter.com/ng6TPDGbUW