Lettuce, livers, berries and other leading sources of food poisoning 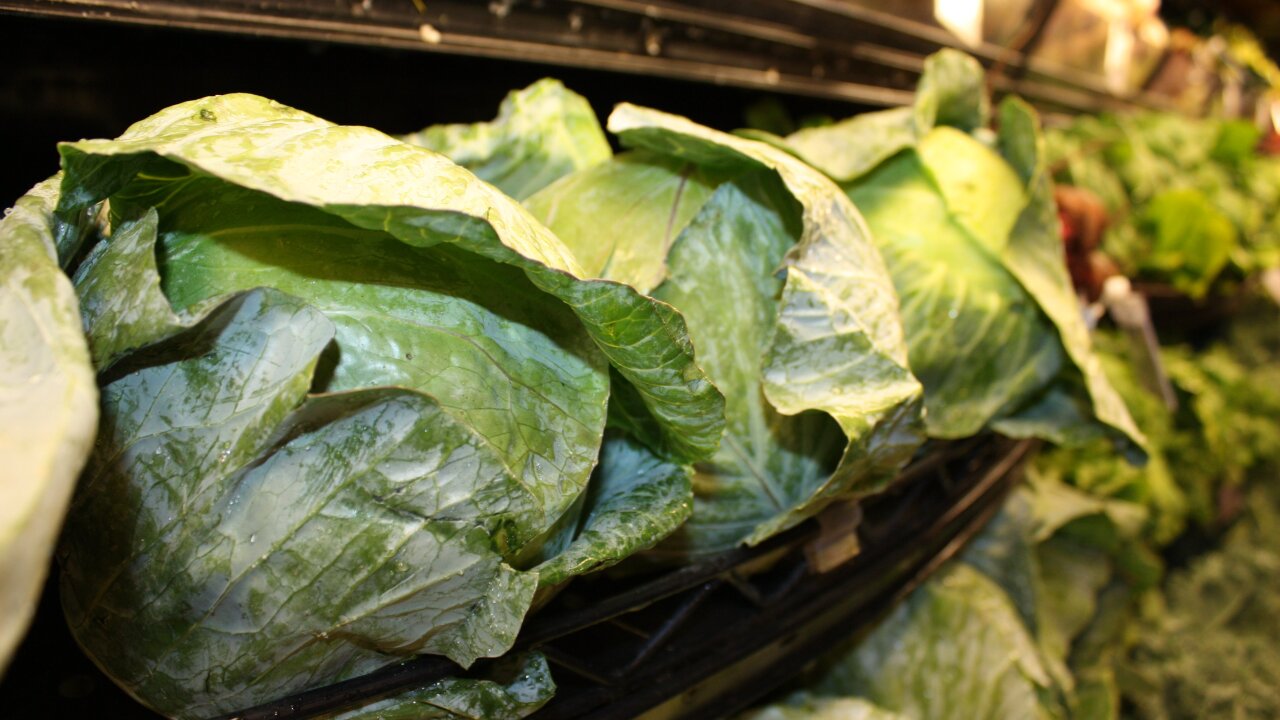 (CNN) — There are an estimated 76 million cases of food poisoning in the United States every year. A small fraction of these illnesses lead to hospitalization and death, but the vast majority usually just lead to a wretched day on the toilet.

If you’ve had one of those days lately, you might have blamed bacteria. Indeed, salmonella and E. coli are responsible for a lot of diseases linked to uncooked poultry and burgers, respectively. But viruses could likely be the culprit for food contamination.

“Noroviruses are far and away the largest potential threat to our foodstuffs,” Schwab said. They caused 58% of all foodborne illness in 2011, more than all the bacteria and protozoa combined.

For other viruses, researchers are just beginning to explore their possible presence, and spread, in the food supply. One example is hepatitis E virus in pork products.

“The (cause of) a vast majority of food and water outbreaks are still unknown,” Schwab said. Although many are probably due to norovirus — which can still be difficult to detect in foods — a number of other viruses may also be responsible. “Detection techniques have lagged behind the bacteria,” Schwab said, adding that they are getting better.

There are two ways you can get a viral infection from food. Fruits and veggies — often lettuce and berries — can harbor virus on the surface, in contaminated water of fluids. However in meats such as pig livers and duck meat, the virus may actually infect the animal tissue from which these products come.

The thought of getting a viral infection from foods should not, however, keep you from enjoying your favorites, Schwab said. The risk is still small, and you can make it even smaller by washing your hands, as well as fruits, veggies and the utensils you cook with, well.

“We still have one of the safest food supplies in the world (in the U.S.),” Schwab said. “It is just an amazing industry; there are billions and billions of pounds of food that are moved around every year.”

Norovirus is not your friend

Known as the “cruise ship” virus, norovirus surpasses even salmonella as the top cause of foodborne illness in the United States. It is responsible for between 19 million and 21 million cases of illness every year, usually a couple of days of diarrhea and vomiting. It was also responsible for between 570 and 800 deaths, especially in infants and the elderly, according to the Centers for Disease Control and Prevention.

The virus can creep into food when an infected person gets even a small amount of vomit or stool on food or counters and other surfaces where food is prepared. You can become infected by eating this contaminated food or touching a sick person or contaminated surface and then touching your mouth. Infected persons can secrete virus in these bodily fluids even before they feel sick and after they get better.

Even though norovirus is best known for the cruise ship outbreaks it has caused, it can also spread rapidly through campuses, day care centers, nursing homes and anywhere with large groups of people. The best defense against this foodborne illness is to wash your hands well with soap and water before eating or preparing food and after going to the bathroom, and not share food or utensils with sick people. “It is one of the most infectious microorganisms,” but washing your hands helps remove the virus, Schwab said.

Hepatitis A is a lurker

Eating raw or undercooked shellfish is probably the best known way to get hepatitis A, but many other types of foods can deliver the virus. Lettuce and onions served in restaurants and bags of frozen fruit have all been implicated in U.S. outbreaks.

“Berries have a lot of crevices where microorganisms (viruses and bacteria) can hide,” Schwab said, adding that washing these fruits well can help reduce the amount of virus on the surface.

Like norovirus, hepatitis A virus can spread through food that an infected person has handled. It could also hang out in water, especially in coastal areas with a lot of fecal contamination. Shellfish, such as mussels and oysters, filter high volumes of water, and also take up and accumulate both norovirus and hepatitis A.

Infection with hepatitis A can cause fever, loss of appetite, nausea and vomiting, although some people do not have any symptoms. Nearly everyone makes a full recovery, but pregnant women and the elderly face higher risk of jaundice and serious liver disease.

Despite the number of foods that can carry hepatitis A, the rate of infection in the United States is the lowest in 40 years. The vaccine, which became available in 1995, can prevent foodborne illness with this virus and is recommended for all children and adults at high risk, such as those traveling to areas with high levels of hepatitis A.

Hepatitis E trumps the hepatitis viruses before it in alphabetical order (hepatitis A, B, C and D) as the leading cause of acute viral hepatitis infections worldwide, although in many cases these infections do not lead to symptoms. Like the other hepatitis viruses, it can also lead to chronic liver disease, including cirrhosis and cancer, in people who have other medical conditions such as HIV, and organ transplant patients.

Like hepatitis A, hepatitis E can spread between people via foods, such as lettuce and shellfish, and contaminated water. But experts have also realized in the last several years that the virus can infect pigs and other animals, such as deer and wild boar, and get into the meat we eat from them.

One study found that 11% of pig livers sold in a sampling of U.S. grocery stores contained infectious hepatitis E, although eating these organs has only been linked to a few number of cases of infection and so far only in Japan. Hepatitis E has also been detected in pig livers sold in Germany, Colombia and other countries as well as in pork liver sausage in France.

Although the virus has so far only been detected in pig livers in the United States, “I would suspect there would be other potential contamination in pork products … if virus in the blood contaminates the muscle during slaughter,” said Dr. Xiang-Jin Meng, university distinguished professor of molecular virology at Virginia Tech who discovered and conducts research on the virus.

The virus can be killed, however, by cooking pork products to at least 165 degrees Fahrenheit, which is the current recommendation. A study by Meng and his colleagues found that boiling or stir-frying contaminated pig livers for at least five minutes can also destroy the virus.

Research suggests that about 20% of people in the United States have probably been exposed to hepatitis E virus, although many probably had no symptoms, cleared the virus from their body and never knew they had it. “It’s long been a mystery about (these) individuals,” Meng said. “One hypothesis is that they may have contracted the virus through infected animals like pigs.”

Although the virus was discovered in 1997, “it has probably been in pig populations for a long time,” Meng said. “A large amount of virus is shed in the feces, and pigs sniff around and get infected, and that becomes a cycle of infection.” Like in humans, hepatitis E targets the livers of pigs and other animals it infects.

Suspicions of SARS in food

SARS, short for severe acute respiratory syndrome, may seem like a blast from the early 2000s. And it should — there have been no known cases of this virus, which causes fever, aches and pneumonia, since 2004.

However, experts suspect that several hundred of the 8,098 cases during the 2003 SARS outbreak might be linked to viruses contracted through feces in the environment rather than direct contact between people. SARS can infect many different animals, including rodents, cats, dogs and monkeys. The virus is shed in their feces and may be able to linger in sewage for weeks or more.

One study found that SARS in water contaminated from cows could survive on lettuce leaves for up to two weeks. However it is not clear yet whether people can contract SARS — which usually spreads through sneezing and coughing — through food.

There are no known cases of anyone getting the flu from food, but experts worry it could still be a possibility. Flu strains that cause a lot of disease in poultry, known as highly pathogenic, have been detected in contaminated eggs and imported frozen duck meat. Because of this fact, as well as suspicions that SARS and other respiratory viruses may spread through food, the World Health Organization has said these flu strains have the “potential for foodborne transmission.”

“I would put SARS and avian flu in the lower level of risk (compared with norovirus and hepatitis),” said Schwab, the John Hopkins professor. It is possible that they could infect people through food, he added.

The U.S. Department of Agriculture said there is no risk of getting bird flu from eating eggs or poultry as long as these foods are handled and prepared properly, which includes cooking poultry to at least 165 F. In addition, the agency inspects poultry and egg plants to prevent sick birds from entering the food supply.

Nevertheless, concerns persist and can affect the poultry trade.

A side of bacteria and protozoa

Although norovirus triggers the most bouts of food poisoning, salmonella causes the most serious sickness of the foodborne bugs. This bacterium was responsible for 35% of illnesses that led to hospitalizations, often because of severe diarrhea, in 2011, according to the CDC.

Recently, an outbreak of salmonella linked to frozen chicken products sickened people in three states. Cooking poultry to 165 F kills the bacteria, as it would avian flu if it made its way into the food supply.

Other microorganisms that are common culprits of food poisoning are campylobacter, a bacterium that contaminates poultry, unpasteurized dairy and produce, and toxoplasma, a protozoan that can be present in ground meat and poultry. Toxoplasmosis is the leading cause of death due to foodborne illness.