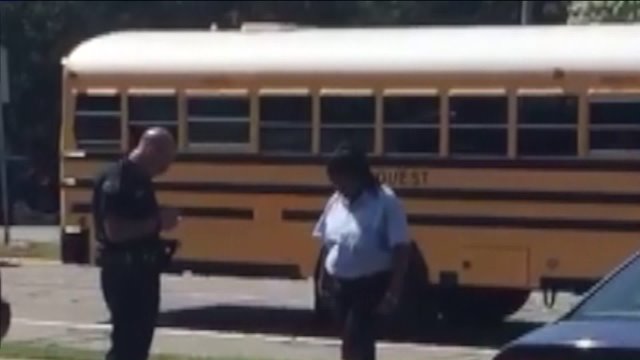 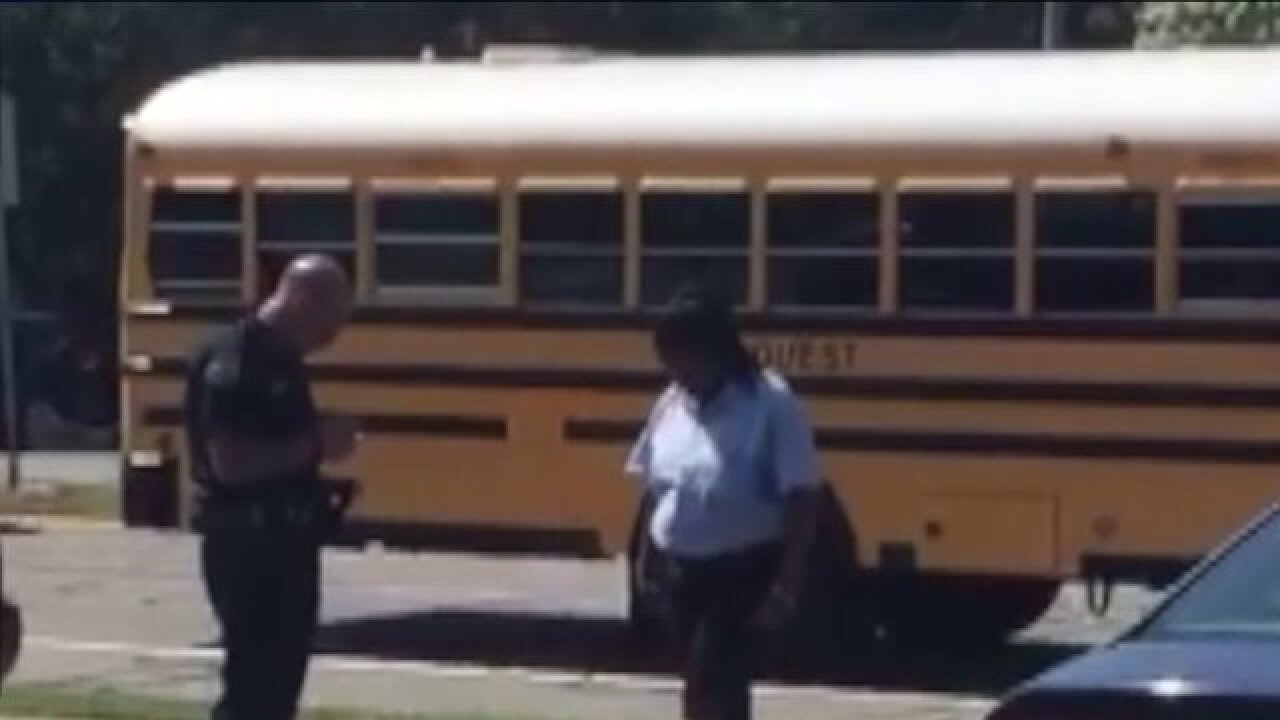 Virginia Beach, Va. - A school bus driver was pulled over by Virginia Beach Police and charged with driving under the influence of drugs while driving on Shore Drive Monday afternoon, police tell NewsChannel 3.

It happened at 3:27 p.m. on Monday, June 22 on Shore Drive and Urchin Road. Citizens called police to report a possible intoxicated and reckless driver.

The vehicle in question was a privately owned school bus, not a Virginia Beach City school bus, NewsChannel 3 has learned. The bus was a Transquest bus transporting students from Norfolk Academy.

At the time of the incident, police say the bus was loaded with children ranging from approximately ages 5 through age 12.

There was no accident associated with this event, nor were there any injuries.

The driver has been identified as 60-year-old Dorothy L. Youngs of the 2400 block of Cromwell Road in Norfolk. Youngs has been charged with DUID.

Cell phone video from witnesses shows a woman in a school bus uniform being given a field sobriety test. They tell NewsChannel 3 that the the driver was taken away from the scene in an ambulance.

This statement is from Dennis Manning, headmaster of Norfolk Academy:

We are deeply concerned about this incident. We are thankful that no one was seriously injured. The safety of children—every camper, every student—is always our top priority. We have contracted with Tranquest, a private bus company, for many years; we have been assured that the company is investigating this incident, thoroughly reviewing its policies, and taking responsible action in keeping with our school's concerns. We have spoken with the bus company several times today, and we will continue to stay in close contact with the bus company in the days ahead. To our knowledge, the driver in this incident has been driving for more than a decade without any similar prior incident. Again, we remain committed to providing the safest experience for children at Norfolk Academy Summer Programs.

Check back on WTKR.com for updates.