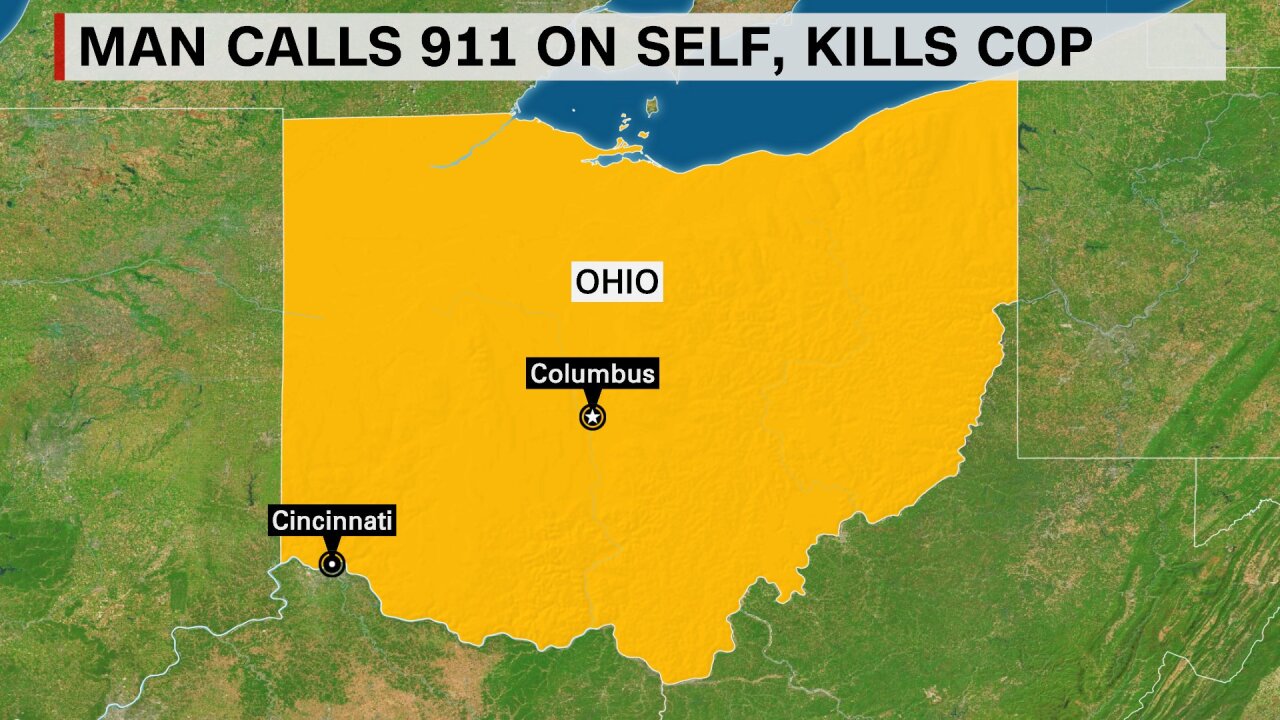 Police in Cincinnati, Ohio say Trepierre Hummons called 911 on Friday, June 19, 2015, and pretended to be a witness, saying a man was acting irate with a gun then gave a description of himself. Hummons then shot and killed responding police Officer Sonny Kim, 48.

(CNN) — While friends were commenting on his last Facebook post Friday — and some were reading text messages indicating his plan to commit suicide by cop — Trepierre Hummons called 911 then waited with a gun for police to arrive, Cincinnati police said.

When they did, he shot and killed 48-year-old Officer Sonny Kim, a husband and father of three, police said.

The police, while armed, didn’t know what they’d walked into. That’s because when when the 21-year-old Hummons called the emergency operator, he didn’t hint at his plan.

Instead he pretended to be a concerned witness who’d seen a man acting erratically with a gun, according to 911 and dispatch tapes released by police.

“He’s walking around getting belligerent with a gun,” Hummons told the operator. Then he gave a description of himself in a shaky voice. “Very early 20s … about like 5 (foot) 6 … he’s a little thick fellow.”

The operator took down his name and number. Hummons thanked her. She ended the call and dispatched an officer.

Hummons dialed 911 again to make sure police were on their way, and he repeated his location. Moments later, the dispatcher repeated to an officer the description of the irate man with the gun.

“Copy, I’m in the area,” the officer answered her before bursting into shouts: “Shots fired! Shots fired!”

Hummons wounded Kim multiple times in spite of the protective vest he wore, the police chief said. And when a probation officer arrived moments later, Hummons shot at him, too.

At some point, Hummons’ mother came out to the street.

“The suspect then returned to Police Officer Kim, who was lying wounded on the street and began to fight with him in an effort to take the officer’s firearm,” Blackwell said.

Kim struggled as he bled, but couldn’t hang on to his weapon. When a third officer, Tom Sandmann, arrived, Hummons used Kim’s gun to fire at him. But Sandmann returned fire and wounded Hummons.

Both Hummons and Kim later died at a hospital.

As a juvenile, Hummons had been arrested on burglary, robbery and for illegally carrying a concealed weapon, Blackwell said. As an adult, he was a member of a local gang called the Clutch Gang, the police chief said.

The same day he instigated the shootout, Hummons had been reported for a sex offense, Blackwell said.

No one warned police

“I love every last one of y’all to whoever has been in my life …. . “You’re the real mvp,” he posted on Facebook, using an acronym for Most Valuable Player.

He sent a handful of people text messages about his plan to commit suicide by cop. Blackwell said he wishes someone would have notified police about the messages.

“That didn’t happen in this case, unfortunately,” he said, “and we lost one of our best police officers.”

Officer Kim spent his spare time as a karate instructor and was a rare sixth-degree black belt, CNN affiliate WLWT reported. His students laid bouquets of flowers outside his school.