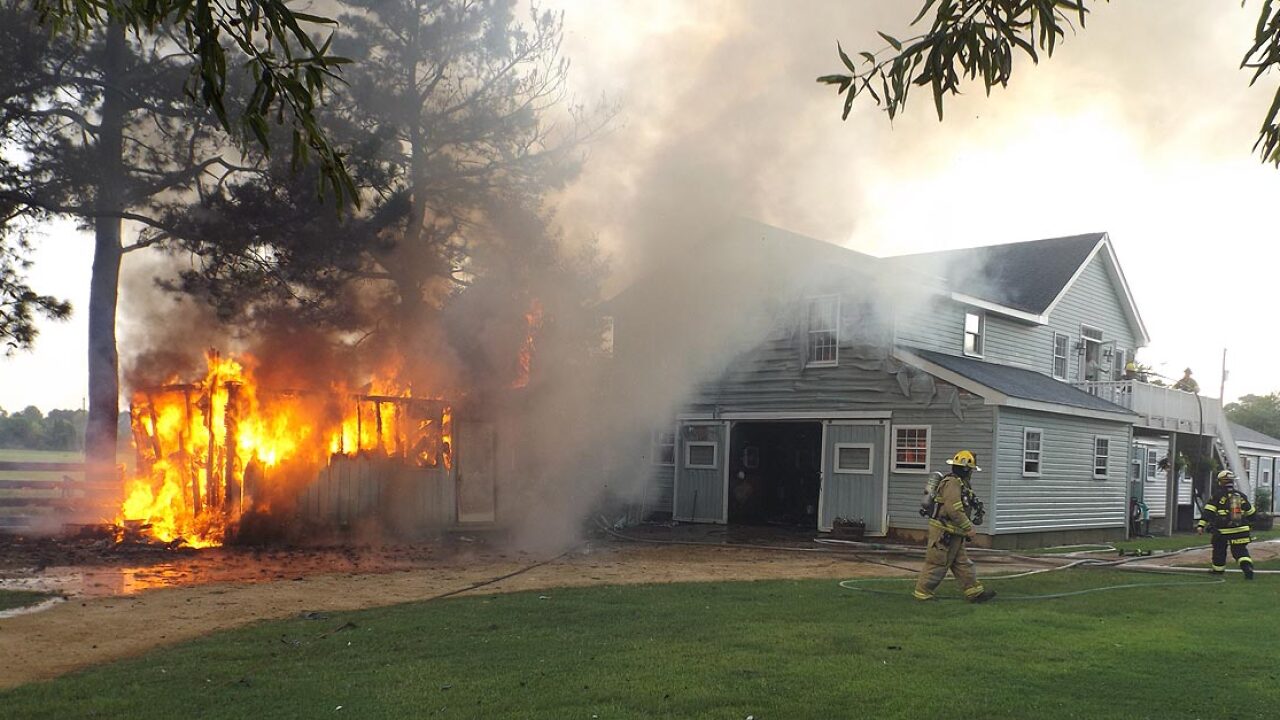 Suffolk, Va. – A fire destroyed a barn and damaged a home in Suffolk Sunday evening.

Emergency Communications received the call at 6:55 p.m. and the first units arrived on scene in the rural Chuckatuck borough at 7:03 p.m.

Firefighters found a 20’ x 20’ barn fully involved.  The barn was situated approximately 15’ from a home which also sustained heat damage. The barn was declared a total loss.  No one was displaced as a result of the fire.

Responding units included Engine 6, Ladder 6, Medic 9 and Battalion 2, as well as the Chuckatuck Volunteer Fire Department with Engine 29 and Tanker 9.

The cause of the fire was determined to be a lightning strike.