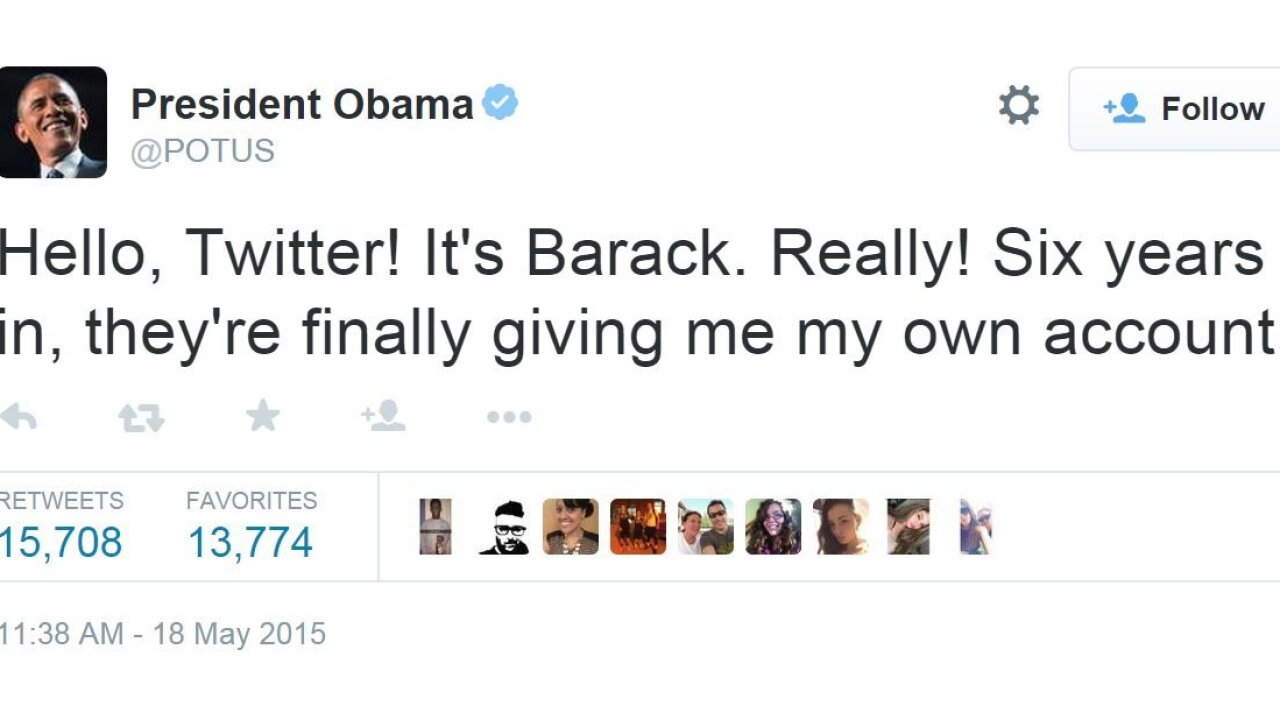 The @POTUS Twitter account will serve as a new way for President Obama to engage directly with the American people, with tweets coming exclusively from him. President Obama is committed to making his Administration the most open and participatory in history, and @POTUS will give Americans a new venue to engage on the issues that matter most to them.

NEW YORK (CNN) — The bear is loose… on Twitter.

So, it’s official. After years of signing “-BO” at the end of @BarackObama to signal the tweets he crafted himself from an account operated by the Organizing for Action staff, the President now has his very own handle @POTUS, tweeting for the first time:

For his banner photo, the President chose a powerful image from the 50th anniversary of the Selma to Montgomery marches, where he, first lady and Congressman John Lewis (D-Georgia) led a commemorative march, hand in hand, over the Selma Bridge.

Per a statement from the White House, the @POTUS handle “will serve as a new way for President Obama to engage directly with the American people, with tweets coming exclusively from him.”

Naturally, folks on social are having a little fun with this new presidential social presence:

And Connecticut Sen. Chris Murphy tweeting a gif of the President with a selfie stick:

And some asking the question on a lot of people’s minds, what happens to the handle when a new President takes office?

According to a White House official, @POTUS handle will transfer to the next President when Obama leaves office on 2017.

In the meantime, we’ll just wait for your first GIFs and selfies, Mr. President.