How does the Wounded Warrior Project spend its donations? 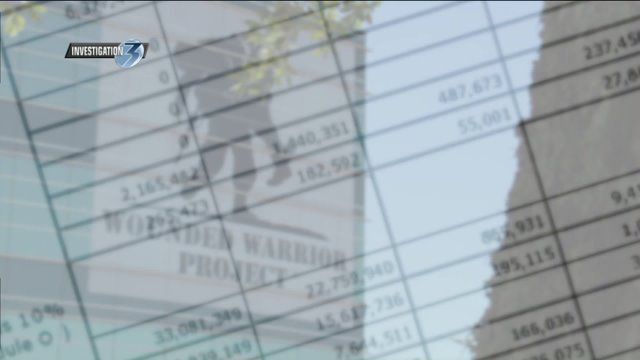 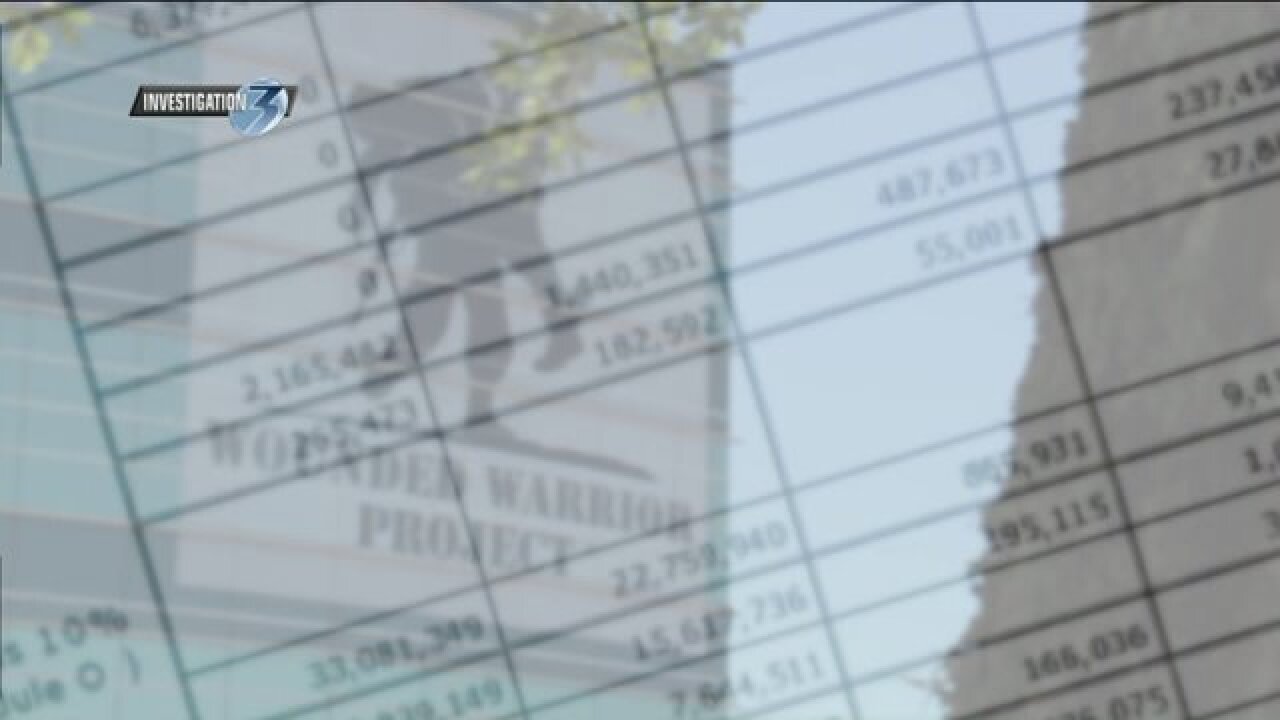 The Jacksonville charity – founded a dozen years ago in Virginia – lists on its tax return the salaries for its eleven executives as $2.2 million. That includes a base salary to CEO Steve Nardizzi of $375,000. The charity also lists fundraising expenses of nearly $32 million. Those figures are, in part, responsible for lower grades from “Charity Watch” and “Charity Navigator,” two of the nation’s three main charity-checking organizations.

Charity Watch gives the Wounded Warrior Project an 86 overall, but an 80.77 for its financials, or a B-minus. Charity Watch rates the group overall as a C-plus. But Nardizzi says those ratings scales measure the wrong thing and are “horribly ineffective.” Nardizzi says he simply discounts the charity watchdogs, and says everyone else should do the same.

“We made a conscious decision in 2008 to ignore those systems so we could grow to meet the needs of tens of thousands of wounded warriors every year,” he said.

Part of that growth comes from an aggressive fundraising campaign that Nardizzi says is needed to bring in more money for programs, but is one factor that lowers scores from charity checkers.

“Fundraising we are doing is to fuel our growth,” he said.

Even though Nardizzi ignores the two ratings organizations, others don’t. Charity Navigator and Charity Watch are both recommended by Consumer Reports and the Federal Trade Commission as a way for donors to assess charities. Those agencies also recommend the Better Business Bureau’s “Wise Giving Alliance.” Nardizzi likewise recommends the BBB, which issued an accreditation to the Wounded Warrior Project. Nardizzi said he pays a fee to the BBB to use the logo on the charity web site.

Nardizzi said the best way for a potential donor to gauge a charity is to research the charity directly, without relying on charity-watchdog web sites. But our investigation shows how a charity and a charity-checking organization can review the same data and come up with different results.

On the Wounded Warrior Project’s website, the charity says it spends 80 percent of its donations on its main services. But tax records show it also includes some fundraising expenses in that mix. Charity Navigator subtracts the fundraising and -- in its most recent report -- said the Wounded Warrior Project spends less than 60 percent on its services. The rest, according to Charity Navigator, went to fundraising and administration.

While Nardizzi disputes the watchdogs’ methods, he does not dispute his emphasis on aggressive fundraising. He says it has helped the Wounded Warrior Project grow its services to veterans by 50 percent a year. That pays for what his staffers call a no-cost “prep school” for wounded warriors to help them move into college, or into the civilian workforce. And Nardizzi says he’s hired top talent to help veterans with traumatic brain injuries and post-traumatic stress disorder. Another expensive program is a fund to keep the most severely wounded warriors in their own homes, instead of in nursing homes.

“If your only fixation is spending the most on programs, that's feeling good, but not necessarily doing good,” he said. “You could run a lot of program activities, you could spend a lot of money and have them be wholly ineffective. My question to donors is, ‘Would you want that? Would you want to give a dollar and, say, most of it went towards programs that did no good? That did not advance a warrior? That did not make them well?’ That would be a waste of your money.”

Wounded Warrior Project top salaries (11 executives): $2,197,524, plus $195,738 listed as “other compensation from the organization and related organizations.”

(Note: The Wounded Warrior Project pays a fee to the Better Business Bureau to use the “Wise Giving Alliance” logo on its web site.

List of Charity Watch’s highest-rated military/veterans charities (all scoring “A”):

Armed Services YMCA of the USA

Homes for Our Troops

Circle of Friends for American Veterans

Veterans of Foreign Wars of the US and Foundation