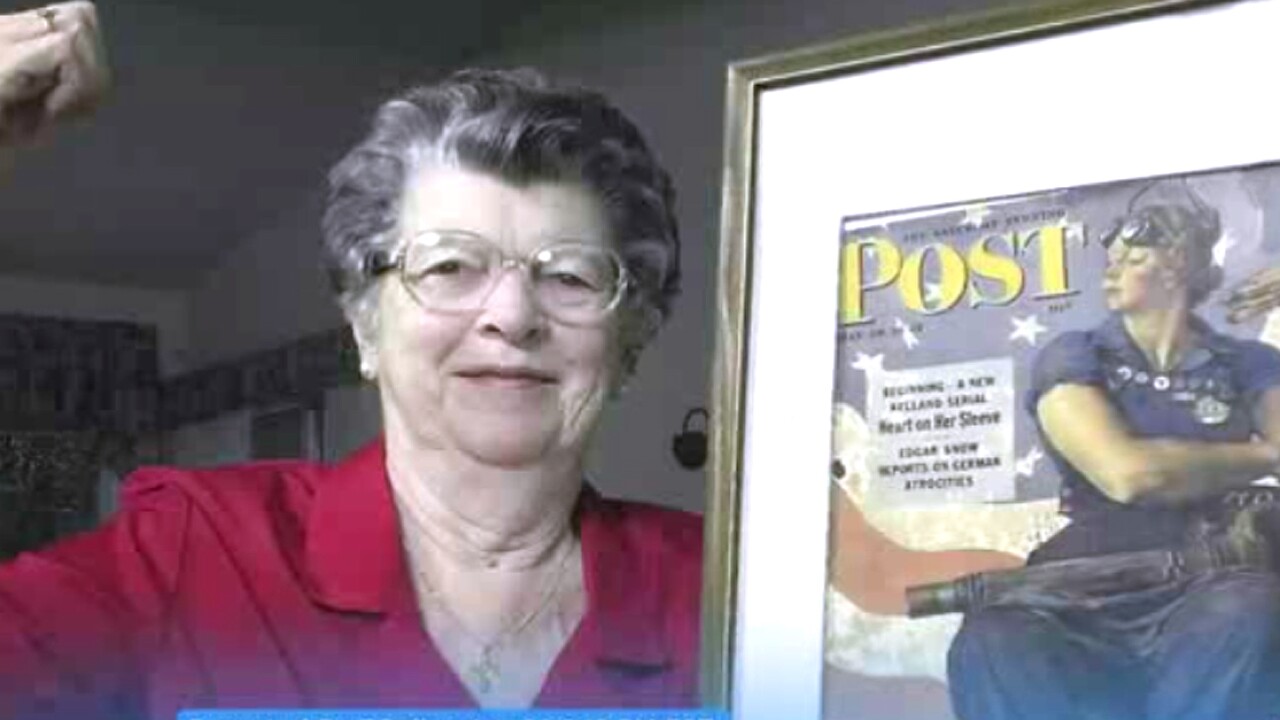 (CNN) — As the model for Norman Rockwell’s “Rosie the Riveter,” Mary Doyle Keefe became the symbol of American women working on the home front during World War II.

The 92-year-old died this week at her home in Simsbury, Connecticut.

As a 19-year-old telephone operator, Keefe posed for the famous painting that would become the cover of the Saturday Evening Post on May 29, 1943.

Although she was petite, Keefe was transformed into the iconic — and burly — embodiment of the character by Rockwell.

“Other than the red hair and my face, Norman Rockwell embellished Rosie’s body,” Keefe said in a 2012 interview with the Hartford Currant. “I was much smaller than that and did not know how he was going to make me look like that until I saw the finished painting.”

Keefe pocked $10 for the two mornings of modeling work she did in Arlington, Vermont. Rockwell lived in neighboring West Arlington at the time.

“Rosie the Riveter” is often confused with another popular image from the same era.

The poster shows a woman flexing her arm under the slogan “We Can Do It.” It was part of a nationwide campaign to sell war bonds, but is not the same character.

Still, many folks on social media paid tribute to Keefe using the image. Both show the key role women played in the war effort.