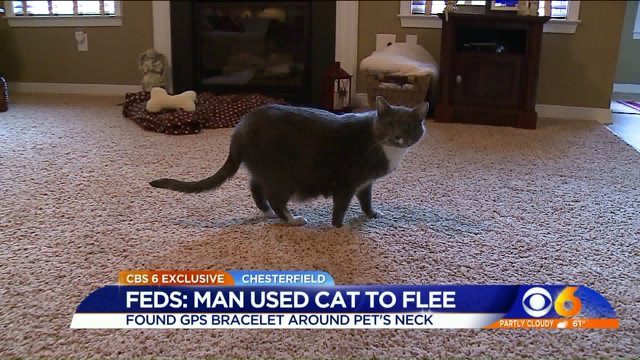 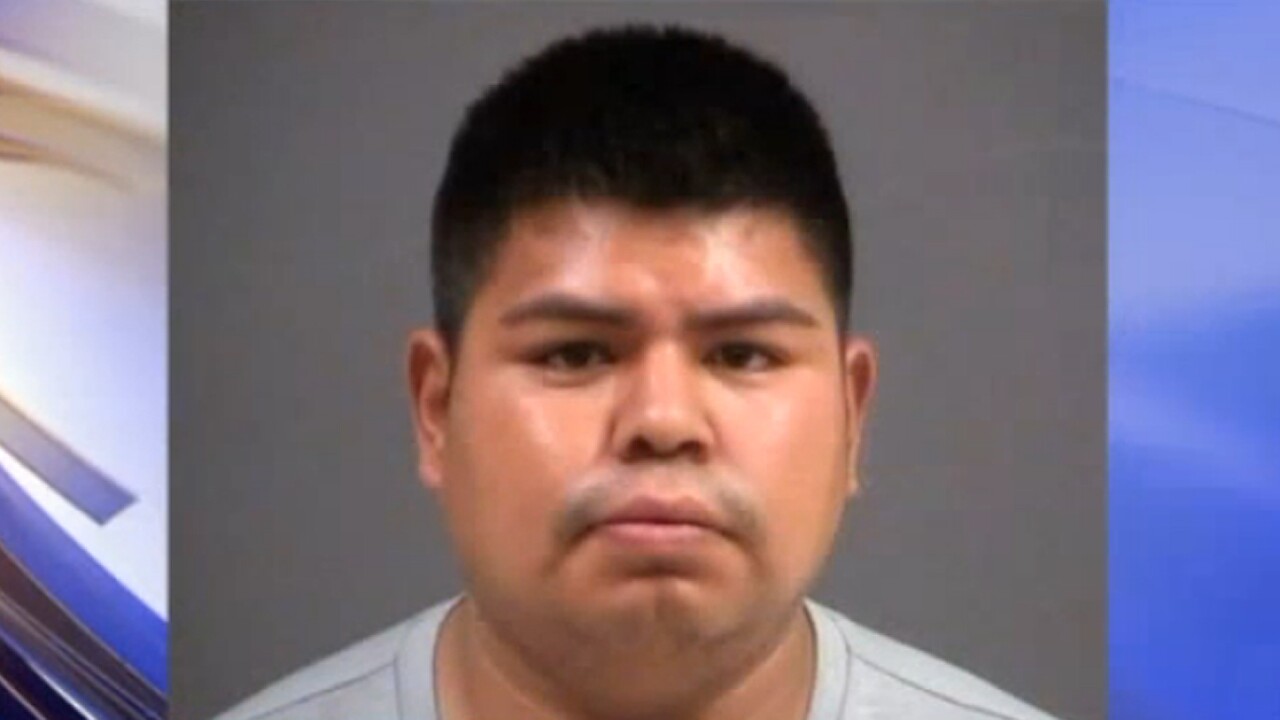 Chesterfield County, Va. (WTVR) -- A man held on a drug charge may have fled the state, and possibly the country, after he put his court-ordered GPS tracking device on a cat and vanished. Federal court papers revealed Diego Martinez-Espinoza is a Mexican national and was in the United States illegally.

After his arrest on a drug charge, Espinoza was ordered to wear a GPS device. Now investigators believe he took it off and placed it on his cat. That cat likely spent a few annoying days of hearing the bracelet's chirp, which would be followed by orders to make a phone call. When it appears the device has been tampered with, the GPS tells the suspect to call police.

"We call them and physically make them come in so we can look at it," Henrico Sgt. Rick Garrison said.

Espinoza was arrested in Chesterfield for trying to manufacture, sell, give or distribute more than 10 kilograms of cocaine hydrochloride by concealing it in the drum of a dryer. He was ordered by the judge to follow the rules on the GPS device. He was supposed to go on trial May 6.

"The courts may order bond with GPS or GPS home incarceration," Garrison, who explained how the devices work since no one from Chesterfield was available to do so, said. "We also place them on our work-release inmates."

In February, authorities monitoring Espinoza saw he was traveling south. Court documents revealed a "strap tamper" alert was sent out. After authorities called Espinoza about the tamper alert, he texted back an image of himself wearing the device.

It happened several times according to DEA documents. The unit was eventually replaced, but then went silent on March 1. When a landlord entered Espinoza's apartment on Buffalo Road in Highland Springs, Espinoza was gone. But a cat was there, and wearing the GPS bracelet.

The US marshals are now involved in the search for Espinoza. He's known to have contacts in North Carolina. If you know where he is, call 1-877-WANTED-2.