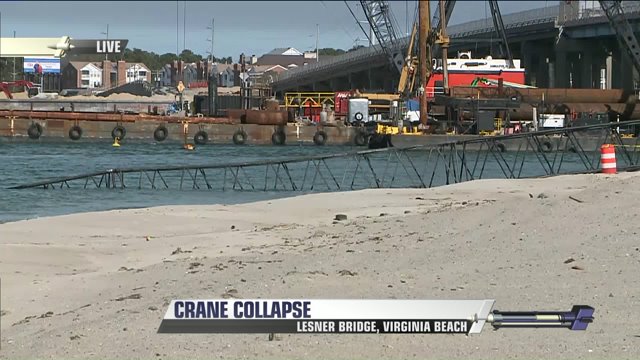 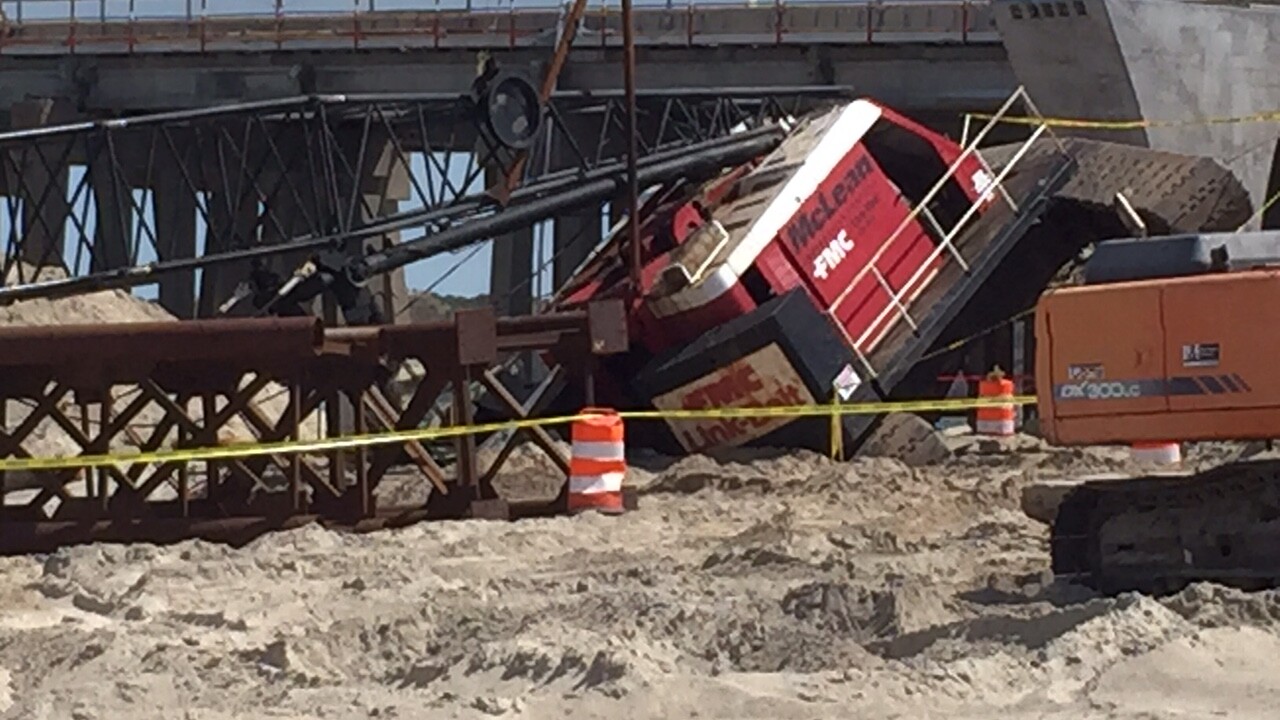 The crane was removed on Tuesday, officials tell NewsChannel 3.

Several units originally responded to the scene in the 3400 block of Shore Drive around 1:45 p.m. on Monday.

The crane was being operated at the time, but no injuries were reported. The operator was able to jump from the cab when the crane began to tip over.

Nothing was damaged but the crane. The boom of the crane fell into the Chesapeake Bay while the body tipped over into the sand.

McLean Contracting (the crane’s owner) is currently investigating the cause of this accident.

Additional information will be posted as it becomes available. 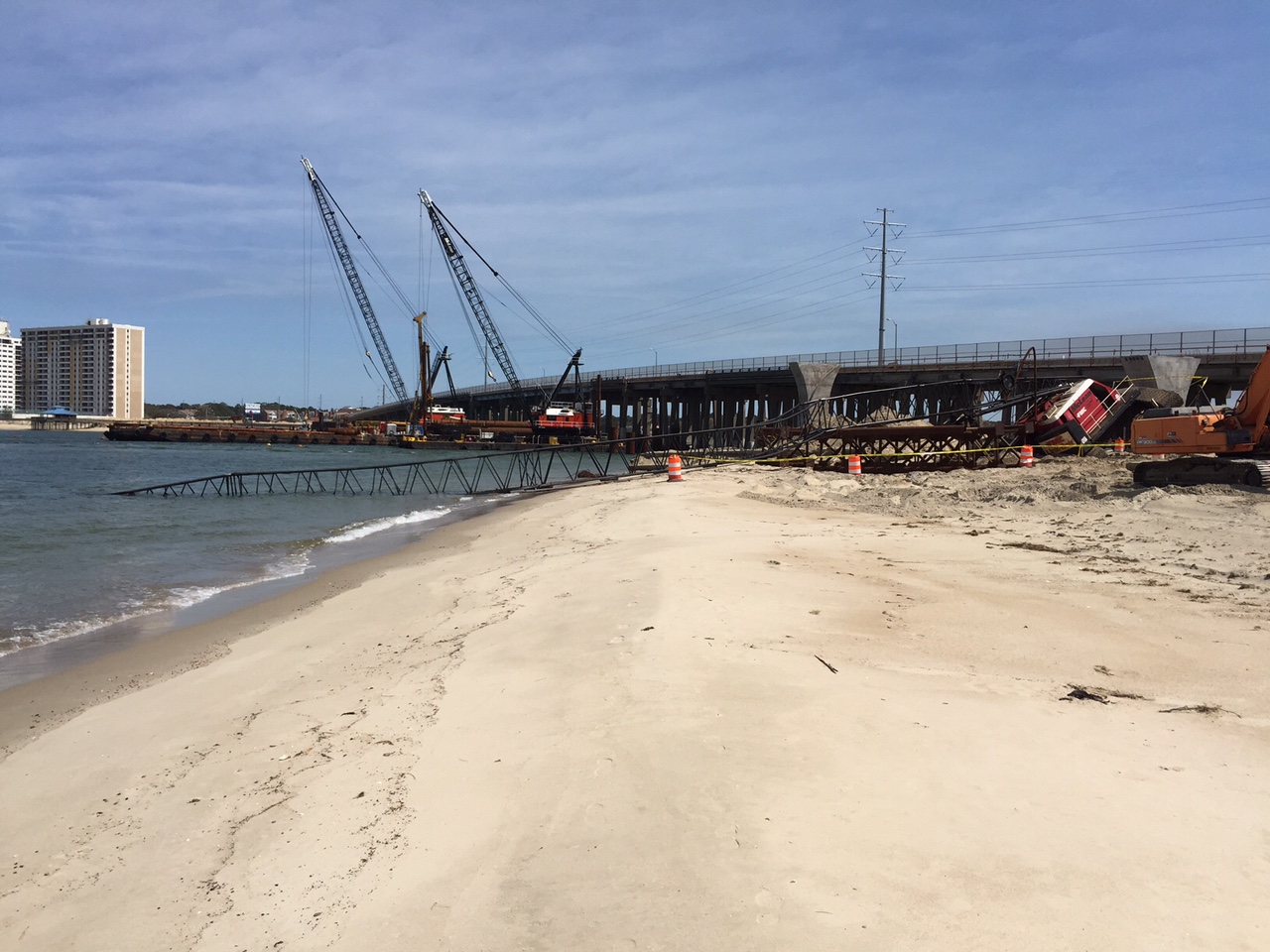