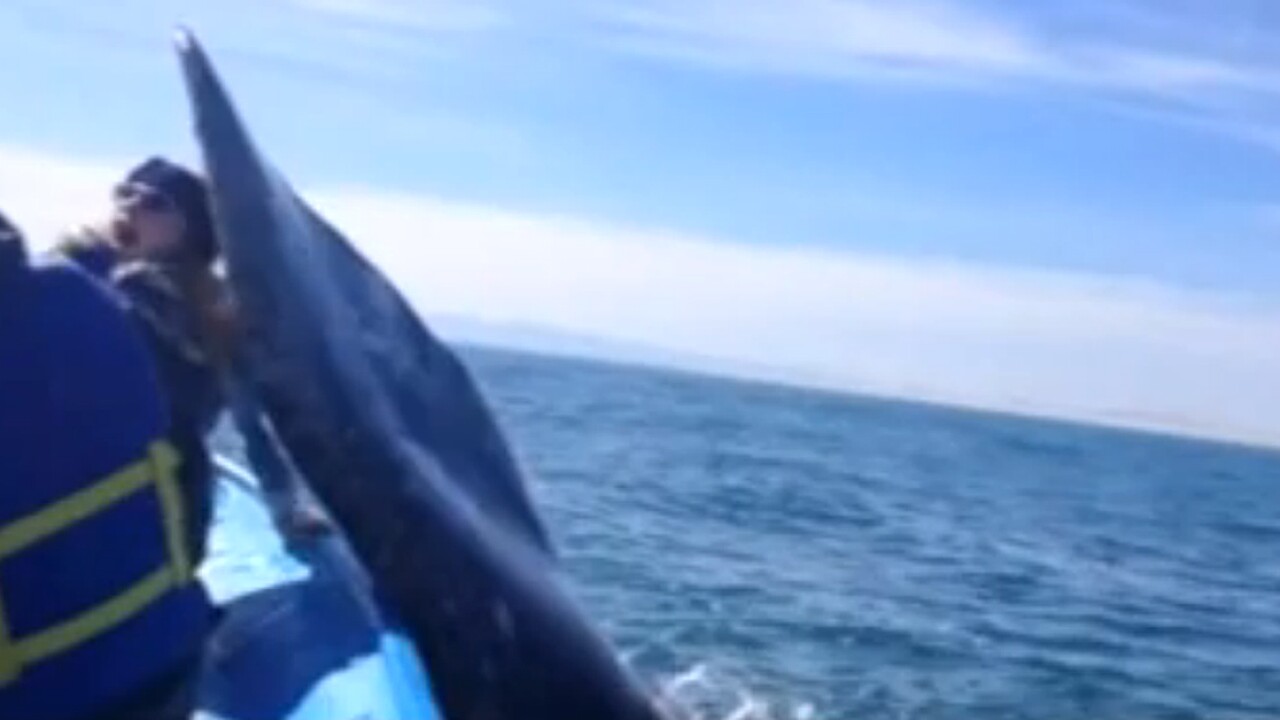 This is no fish tale.

Chelsea Crawford from Nova Scotia was out whale watching with friends in Baja California in Mexico when a pod of whales began following the boat.

The whales began playing near them when an tail fin knock Chelsea in the head.

“It’s normal in this area. We were in a lagoon and so they’re very friendly,” she told CTV News. “The whale wasn’t aggressive or anything, and these tours happen all day all the time. The whales are used to it. It was almost like it was playing with us.”

Chelsea was unharmed from the incident, only receiving a small bruise to her shoulder. She and her friends uploaded the video to YouTube, where it has been viewed over 5 million times.