No earthquake in Hampton Roads, Outer Banks — but what caused all the shaking? 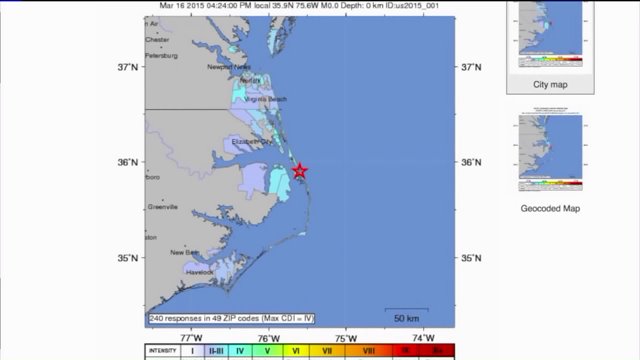 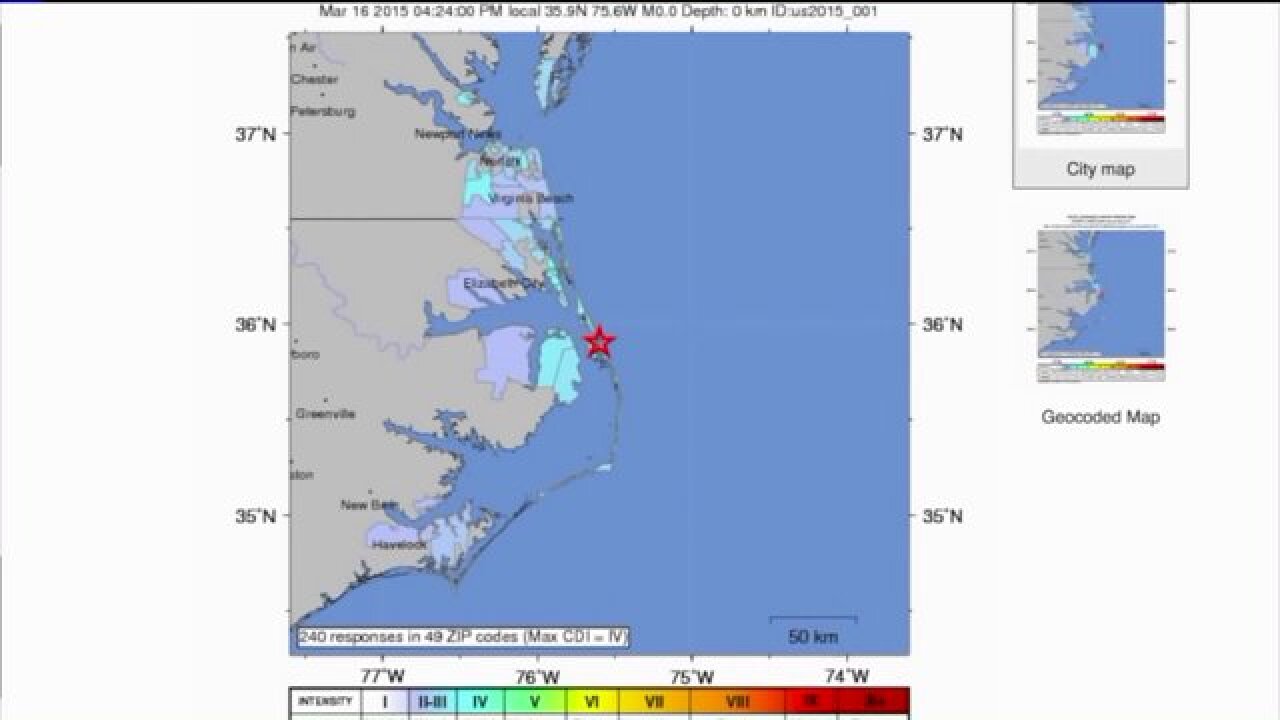 Kill Devil Hills, North Carolina (WTKR) - What was that?

That's what several people are asking on social media after folks in Hampton Roads and the Outer Banks reported the ground was shaking Monday afternoon.

United States Geological Survey Geophysicist John Bellini says the region did not have an earthquake nor was any seismic activity recorded.

However, Bellini says the USGS did receive dozens of phone calls and e-mails from folks in Hampton Roads and the Outer Banks reporting the shaking and rumbling.

Cliff Blakely was inside his Kill Devil Hills home when he says he felt 20-22 seconds of shaking just before 4:30 in the afternoon.

"I was just sitting in the chair and all of a sudden the house started rumbling," he told NewsChannel 3's Todd Corillo Tuesday.

The USGS has been mapping the reports, with 249 reports received within 24 hours of the first rumbles reported at 4:24pm Monday afternoon.

Those reports have come from 49 different zip codes so far and have been mapped here.

Bellini says they receive several reports of rumblings like this each year in the region.