The Apple Watch is finally here 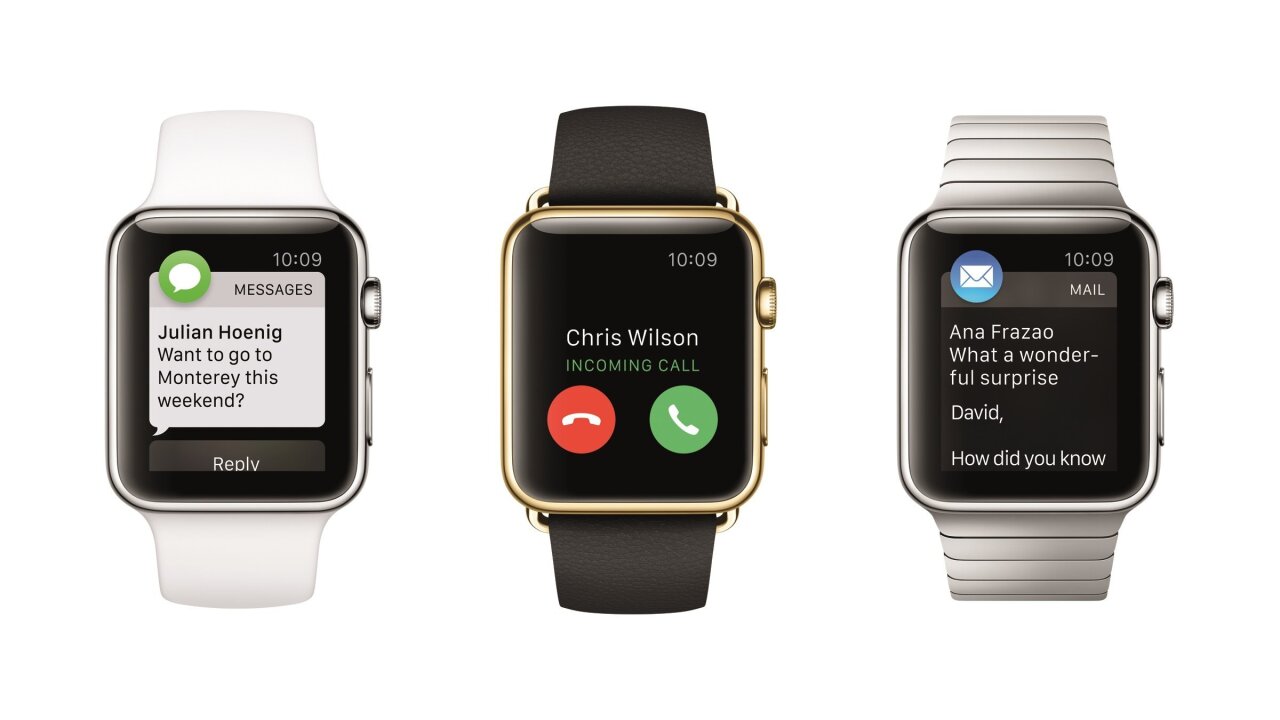 Apple unveiled the company’s first major consumer device in years on Monday, March 9, 2015. Three different models of the watch are available for pre-order on April 10, 2015. Customers will start receiving watches on April 24.

Apple CEO Tim Cook teased it in September. And on Monday, he revealed the last remaining details during an event in San Francisco Monday.

“I’ve been wanting to do this since I was 5 years old, the day is finally here,” Cook said about the watch’s ability to make and receive phone calls.

The Apple Watch will be available for pre-order in nine countries, including the U.S., on April 10. (The other countries are Australia, Canada, China, France, Germany, Hong Kong, Japan and the United Kingdom.)

Customers will start receiving watches on April 24. That’s also when they will go on sale online or by reservation at Apple stores.

As expected, the cheapest model — the Apple Watch Sport — is 38mm high from the top to the bottom of its rectangular face. It costs $349. The 42mm version costs $399.

The high-end version, called the Apple Watch Edition and made from 18-karat solid gold, will start at $10,000.

The Apple Watch Edition will only be available in certain Apple stores, Cook said.

Battery life has been a concern. Cook said the Apple Watch battery will last up to 18 hours. “That should work for most people I think,” he said.

Cook was most excited about some of the device’s features. You can receive calls on your Apple Watch, for example.

You can send other Apple Watch users doodles, taps, and your heart beat with its new “digital touch” technology. “This is the most personal device we have ever created,” Cook said. “We’re introducing a whole new way to communicate.”

To promote its health and fitness features, Apple gave an Apple Watch to model and activist Christy Turlington, who recently ran a half marathon in Africa wearing the watch.

Turlington appeared with Cook on stage to talk about her experience. “The race was pretty challenging so I was checking it quite frequently,” she said.

A number of third-party apps will be available for use on the watch. Among them are Uber, the W Hotel, American Airlines and Shazam.

CNN will be one of the apps as well when the Apple Watch launches next month, letting users engage with CNN content. Users will be able to tap to open a story and then choose to save it or continue reading on the phone. They can also use the watch to launch live CNN TV on the phone.