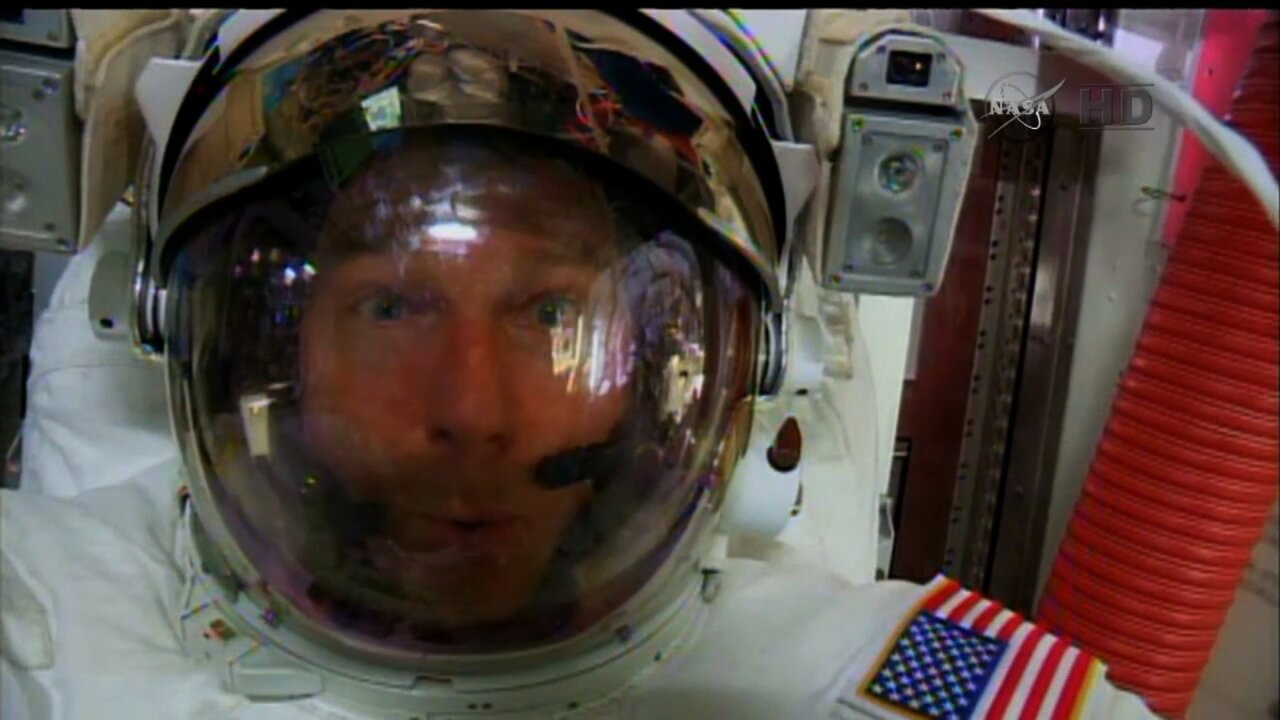 NASA astronaut Terry Virts found a small amount of water in his helmet after a spacewalk this week, but it did not put him in any danger or interfere with his duties.

(CNN) — NASA astronaut Terry Virts found a small amount of water in his helmet after a spacewalk this week, but it did not put him in any danger or interfere with his duties.

Virts said he first noticed traces of fluid and dampness in his helmet Wednesday while he was waiting for the crew lock cabin to re-pressurize in the International Space Station.

He and Barry “Butch” Wilmore had been outside the space station for nearly seven hours working on the station’s robotic arm and performing some maintenance.

Cristoforetti helped Virts out of his helmet and examined it. She confirmed the presence of moisture, mostly in the Helmet Absorption Pad, or HAP, describing it as “wet and cold.”

At the request of Mission Control, Anton Shkaplerov used a syringe to draw as much water as he could from the top of the helmet. Water had collected in the white plastic at the top and around both ear cups. Shkaplerov estimated that there was 15 milliliters of water in the helmet.

That’s a far cry from the amount of water that accumulated in Luca Parmitano’s suit during a spacewalk in July 2013. Between 1 and 1.5 liters of water backed up in the suit and helmet, prompting fears Parmitano could drown in his own helmet. The spacewalk was cut short and NASA implemented some changes to its suits, including the addition of absorbent padding in helmets.

There was an another intrusion of water into the helmet during another spacewalk on December 24, 2013. NASA commentator Rob Navias said it was noticed at the same point in the mission as Wednesday’s leak — during the repressurization of the crew lock, the area from which astronauts enter and exit ISS while in space.

The leak is sure to be high on the agenda during a previously-scheduled mission management team meeting Friday. The team will decide whether to go ahead with Sunday’s planned space walk.