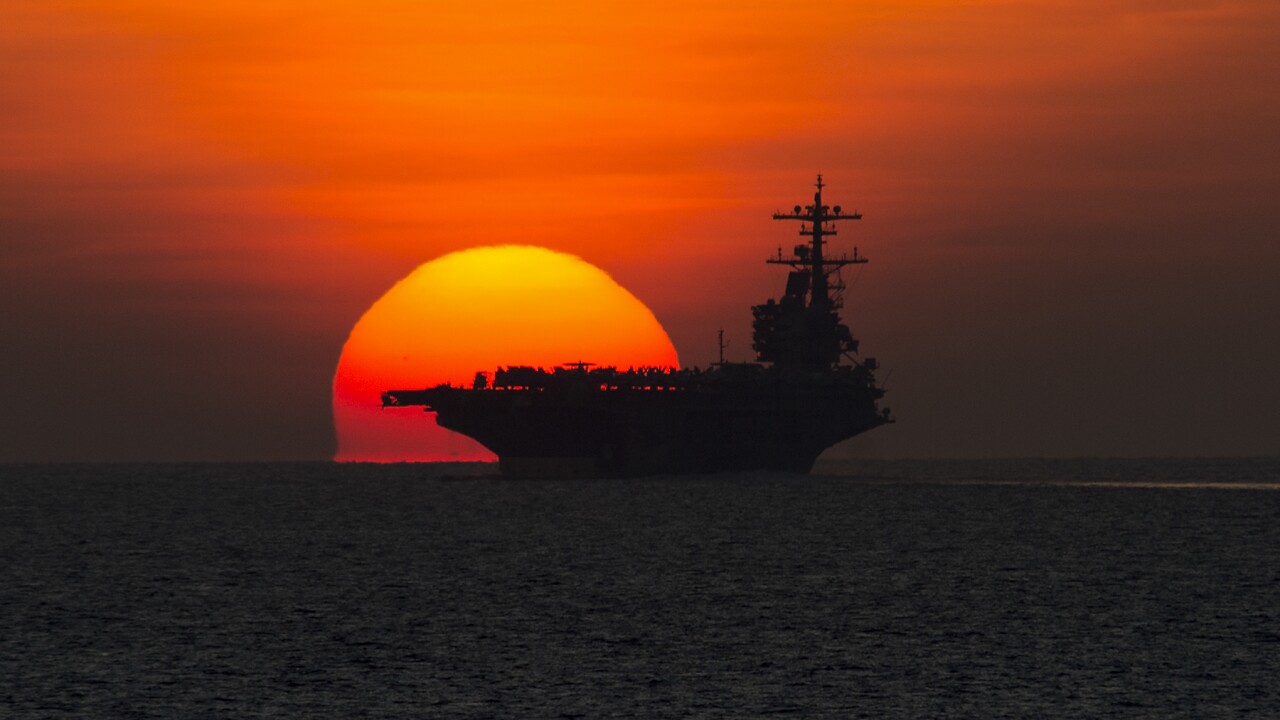 The Battle ‘E’ is designed to measure and recognize a command’s sustained superior performance and efficiency in an operational environment through the calendar year.

“I could not be more proud of this ship and its crew,” said Capt. Andrew J. Loiselle, commanding officer, USS George H.W. Bush. “Our Sailors are some of the most dedicated in the fleet. It’s a huge honor for me to have been a part of all their efforts.”

Battle ‘E’ is only achieved through meeting and exceeding multiple operational standards based on individual and community efforts.

“This crew brings their ‘A’ game every day, and it’s truly exciting to watch,” said Loiselle. “They have set the standard for the rest of the fleet.”

“Winning Battle ‘E’ validates our hard work,” said Command Master Chief David Carter. “Every Sailor helped to win it, and that means something. I’ve been in the Navy 28 years and this is my first Battle “E.” It’s a testament of how good of a team we are.”

This is George H.W. Bush’s second award for Battle “E” in three years.

The Bush returned to Norfolk on Wednesday after conducting training exercises in the Atlantic Ocean.