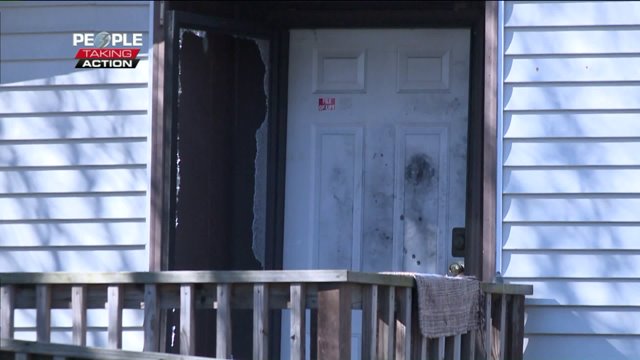 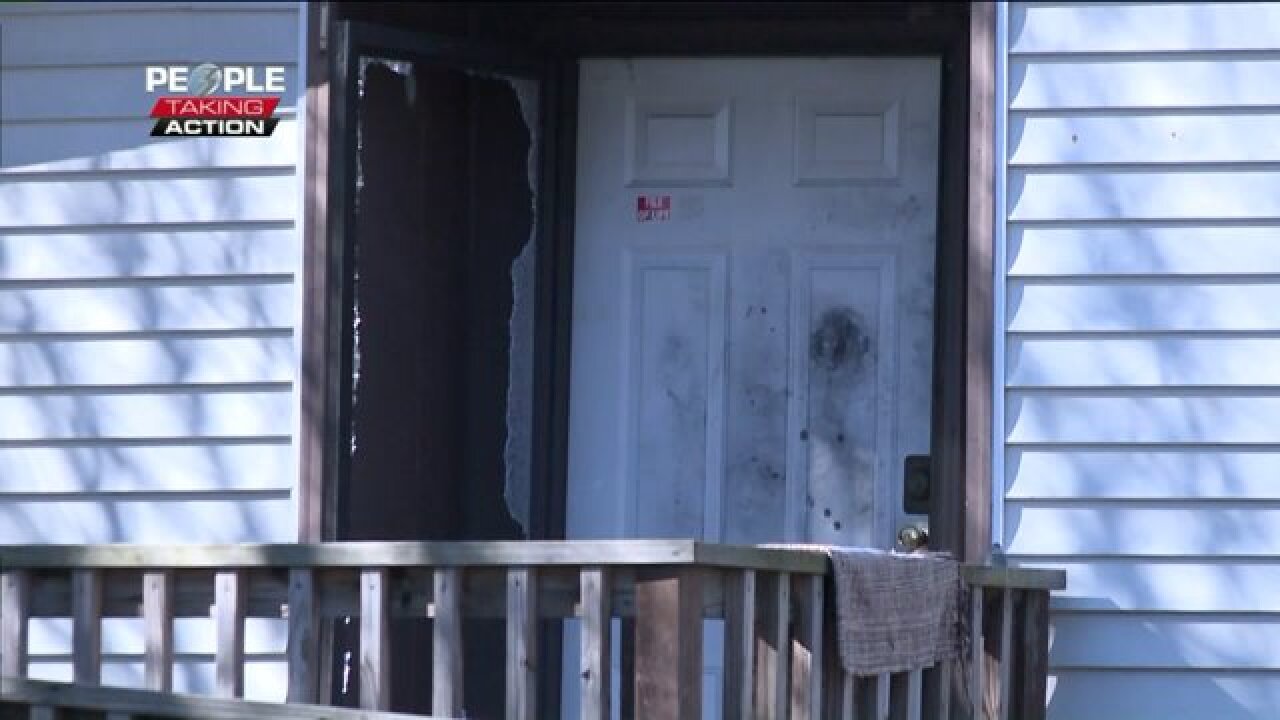 York County, Va. - For the last few weeks, a front door blasted by bullet holes has been a painful reminder for Dylan Peters' family. The 17-year old muttered some of his last words, "I've been shot" to his step-dad just before he died.

"It started on the front porch," said York-Poquoson Sheriff Danny Diggs. "He retreated inside, closed the door and shots were fired through the door. So, every time the family came in and out of that house, it was a constant reminder of what had taken place."

But that constant reminder is now gone, thanks to Jim Lewis.

Lewis is a Gloucester man who, for the last 30 years, has owned Peninsula Mobile Home Repair. He took action to donate a specially-ordered door for the Peter's family.

"A lot of people don't ask for help, but it's needed," Lewis said. "I looked at this thing and when the Sheriff asked about that door, I couldn't charge them for it, I just couldn't do it."

Lewis says an investigator with the York-Poquoson Sheriff's Office came by to purchase the door with money from the department's Victim Witness fund.

"We made plans with our Victim Witness office for them to foot the bill, but it's a win-win for everybody, now the money we are going to spend goes to another victim in the future," Diggs said.

"They had enough problems," Lewis said. "They didn't need to buy a door. I just can't imagine that happening so we tried to help."

Taking Action and Getting Results for a family closing the door on the memory of their son's murder.