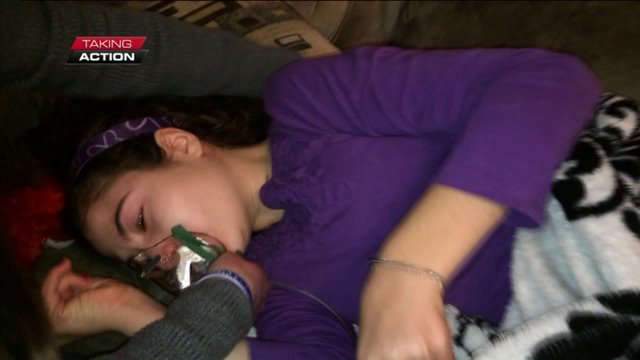 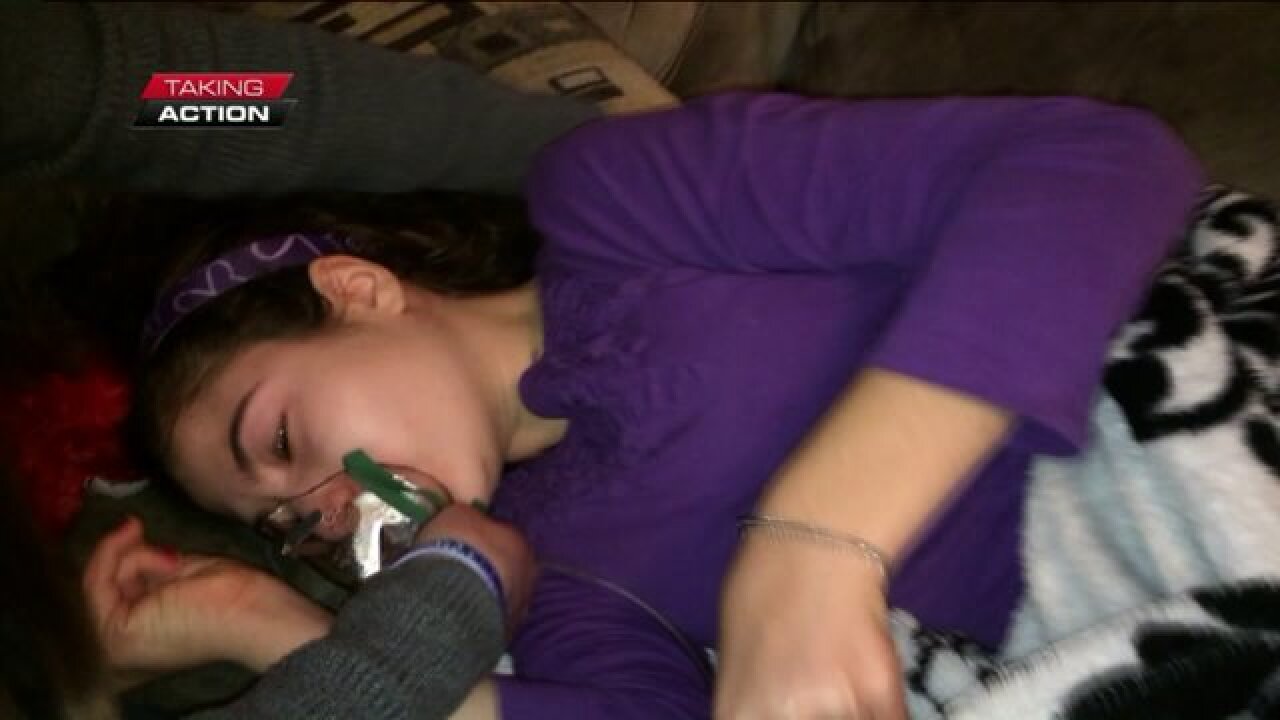 Richmond, Va. - When we first met Haley in 2013, she had 800 documented seizures. Her condition is called Dravet Syndrome and it's growing worse.

The family log documented over 1,000 life-threatening seizures in 2014. Any one of them could have taken her life.

“This is my normal, my daily thing, every day this is what we deal with,” says Lisa Smith, Haley’s mother.

So Lisa Smith and her group 'Parents for Medical Marijuana', roam the halls of the Virginia General Assembly with their children to convince lawmakers to vote in favor of legal marijuana for medical use.

They want lawmakers to see the faces of the children up close and to hear their stories.

There are two bills to be considered this session: One of them - House Bill 1445 - would allow marijuana use for the treatment of cancer, epilepsy, or glaucoma.

This home schooling, Fox News watching, conservative mom is on a crusade to educate lawmakers that it's not about weed - it's about a cannabis cure.

“It's not what  you think. I'm not for the legalization of marijuana as a recreational drug, I'm not for that at all. We just want the medical use,” says Lisa.

As Lisa was preparing to testify before one subcommittee - Haley went into a seizure and Lisa wiped away her tears.

State senator Carrico, who had been against any marijuana measure, interrupted our interview to express he was open to listen.

He later took a photo with Haley.

The seizure in open session also opened the eyes of State Senator Ken Alexander who says if it comes to a vote on the Senate floor, he now has a different point of view.

“If the science proves medical use of marijuana benefits these children extends their life expectancy, let's give it a shot,” says Alexander.

Lisa demonstrated how it works with a syringe filled with olive oil.

In view of the General Assembly, Beth Collins said her daughter, 15-year-old Jennifer Collins, is an example of how cannabis oil is the cure!

But not every lawmaker is receptive to the testimony, the pained faces of these young people, and the   hash tag “stop the seizure” message.

For every hug of support they get from a supportive delegate, there is an equal number who seem to associate marijuana with the get-high weed associated with crime and punishment.

We watched Lisa and her group go from one meeting to the next. Senator McWaters didn't want the cameras inside, but we could clearly hear as he tried to prepare Lisa for not so good news.

But every minute counts for Haley and children like her!  There was one missing parent from this assembly in Richmond—the McGees from Midlothian.

On November 19th, the mom went into her son's room and found his body lifeless .

Lisa doesn't want her daughter’s legacy to be she took her last breath waiting on the slow wheels of legislation to legalize the medicine she needs to live.