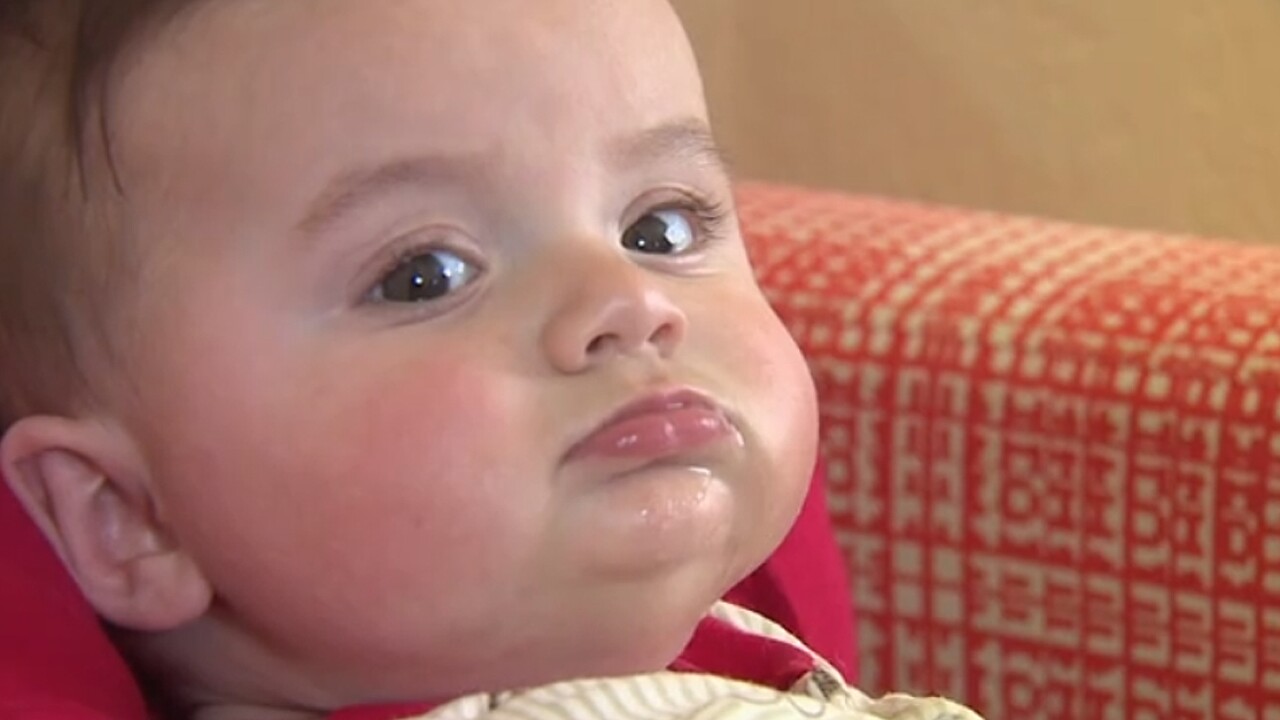 (CNN) — It’s an unseasonably warm day in Oakland, California, a perfect morning for Jennifer and Dave Simon to take their baby, Livia, out for a walk. But her stroller sits idle, and Livia is stuck inside the house — as she has been for nearly a month.

Livia isn’t sick, but doctors fear she might become the 53rd person to contract measles in a recent Disneyland outbreak. Now she’s in a 28-day quarantine, because of a family that refused to vaccinate their child.

It started January 2, when the Simons took Livia, who had a cold, to the pediatrician. Two days later, the doctor’s office called to say that a child with measles had been in the office that same day.

The Simons feared the worst.

One of the most contagious viruses on Earth, measles can hang in the air or on surfaces for hours. If she’d contracted the disease, Livia could become deaf or even die.

“We were really freaking out and really worried,” Jennifer Simon said.

Then the Simons learned from a doctor that the child in the doctor’s office had contracted measles because his parents had refused vaccination.

Livia, just 6 months old, is too young to be vaccinated.

“I’m angry,” Simon said. “I’ve been upset that someone else’s personal choice has impacted us so much.”

In Alameda County, where Simon lives, nine infants were in quarantine as of Tuesday night because of the measles outbreak, a spokeswoman said.

Simon said she hopes families who opt not to immunize their children realize the full impact of their decision.

“Their choice endangered my child,” she said.

She points out that vaccine refusers rely on other people to protect their children. It’s called herd immunity. If the rest of the community is immune to disease, it helps keep the disease from spreading to those who are unvaccinated.

“You’re basically relying on society but not giving back,” she said.

A happy baby, she doesn’t seem to mind being at home, but it’s disrupted the Simons’ life and cost them money, as the couple had to miss work for several days and then bring Jennifer’s mother in from Houston to stay home with Livia.

When asked what she would say to parents of the unvaccinated child, she said she would first ask whether their child was doing OK.

Then she would ask them a question: “Hey, you guys, what do you think about vaccines now?”