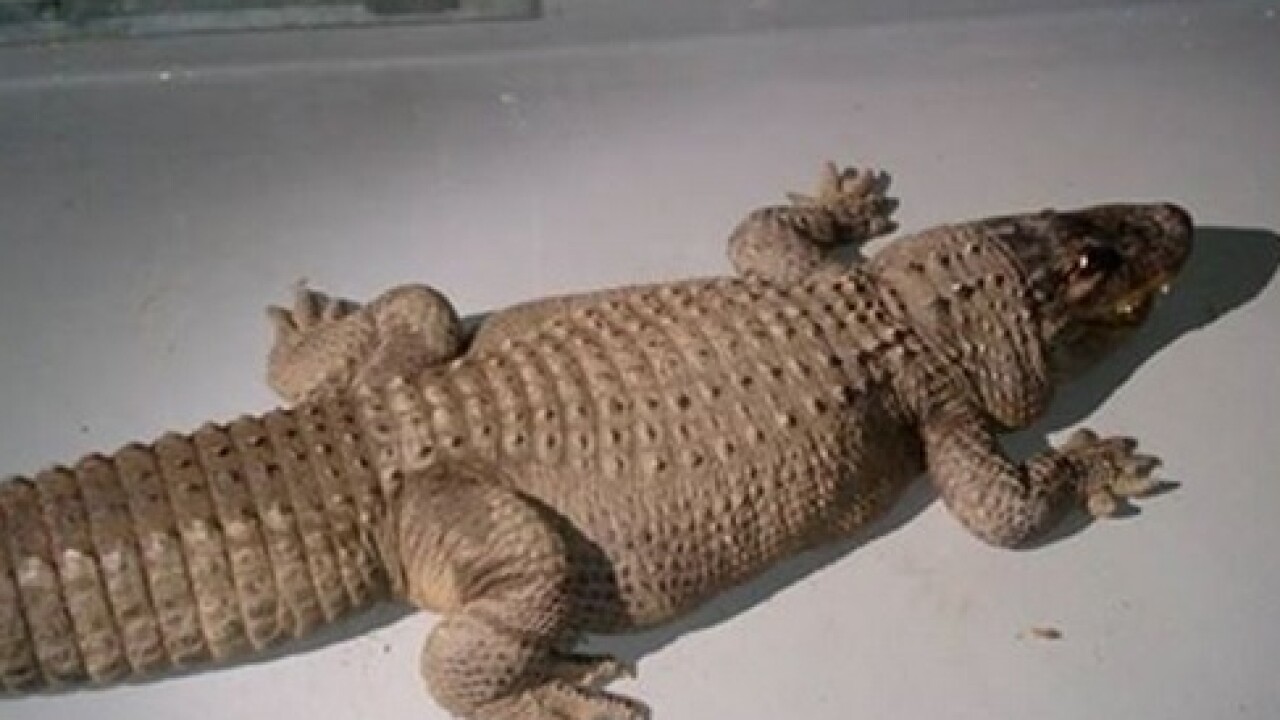 Jaxson the alligator had apparently been living with the Mattson family for more than 37 years.

But their decades of life together came to an abrupt end this week when Los Angeles animal control officers raided their home and seized the 8-foot female alligator.

"You cannot own a reptile ... like this in the City of Los Angeles without having a proper permit. And obviously for an alligator, we would not permit that," Mark Salazar, the head of field operations for Los Angeles Animal Services, told CNN affiliate KCAL/KCBS.

City officials say they found the carcasses of two dead cats next to Jaxson in a covered box in the backyard of the house in the Van Nuys area of the city.

The family denies they were feeding the animals to the reptile, but authorities are asking residents of the area to get in touch if any of them have had small pets that have gone missing in the past 40 years.

Alligator was 'raised with cats'

Laura Mattson, Jaxson's owner, says there is "no way" she would have used cats as food for the alligator, who reportedly lived off chicken meat.

She said the family had taken care of cats, as well, pointing to a photo of the alligator with two small kittens, one snuggled against the reptile's side.

Jaxson "was raised with cats" and had no problem with them, she told KCAL/KCBS.

Mattson says she took over responsibility for the reptile after her husband, Jim, died a few years ago. He apparently got the reptile back in 1977 when it was a baby.

Officials estimate the animal could now be as old as 40.

She and her brother Ron Gorecki acknowledged that keeping the unusual pet wasn't strictly by the book.

They say they had previously tried without success to find a new home for Jaxson, including getting in touch with the L.A. Zoo.

"They had no room," Mattson said.

But despite their assertions, the family could face criminal charges.

Animal Services is conducting a full criminal investigation and is expected to present a case to the City Attorney's Office for prosecution, reported CNN affiliate KTLA.

Officials had previously searched the home in late 2014 after receiving a tip, but they didn't find an alligator, KTLA reported, citing a statement from the City Attorney's Office.

The search this week took place on Monday after another tip. A resident at the home refused to let the animal control officers inspect the property, so they obtained a search warrant, the statement said.

Jaxson is now apparently in the care of keepers at the L.A. Zoo.

Mattson told KCAL/KCBS that she thinks that's a good place for the alligator.

"I'd be really happy if the zoo took her," she said. "That would be the best thing for her, plus maybe she could find a mate."