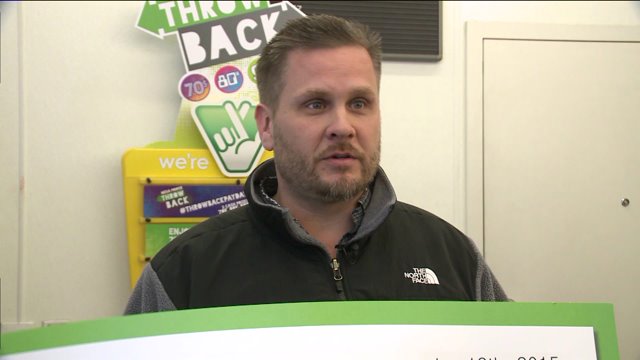 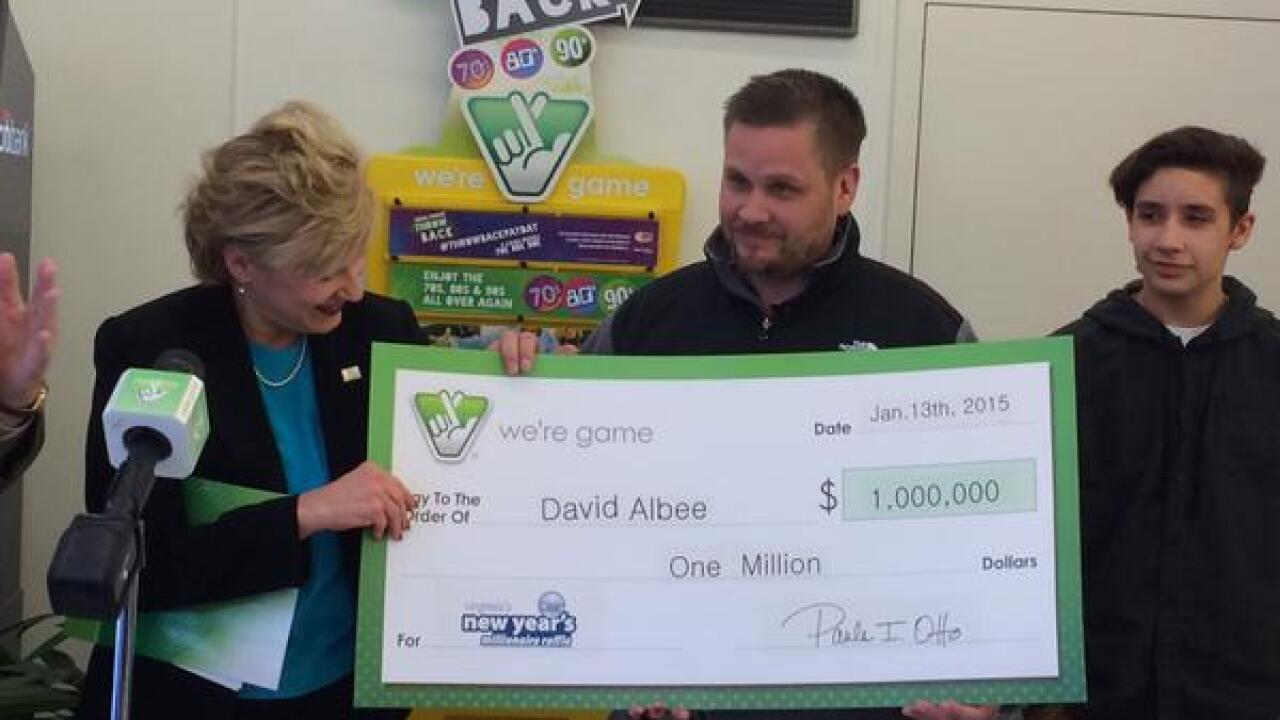 His ticket was one of three drawn in the raffle for the $1 million prize.

"Disbelief and trying to take it all in. Wondering what you do to deserve something like this you know? Then you just kind of realize that you’re just lucky," Albee told NewsChannel 3's Todd Corillo Tuesday about winning the top prize.

Albee says he plans to put the money towards college funds for his kids and a retirement fund for himself.

He's also planning to pay off a new truck he bought the day before Christmas.

"I feel really blessed and really fortunate that something like this has happened – I’ve been playing for quite some time," Albee stated.

Over the course of a few weeks in late 2014, he bought 4 tickets for the New Year's Millionaire Raffle during different visits to his neighborhood 7-Eleven.

However, it ended up being the first ticket Albee bought that won him the million dollar prize.

"I've religiously played the New Year’s Millionaire Raffle, so I guess I did good," he said with a chuckle. 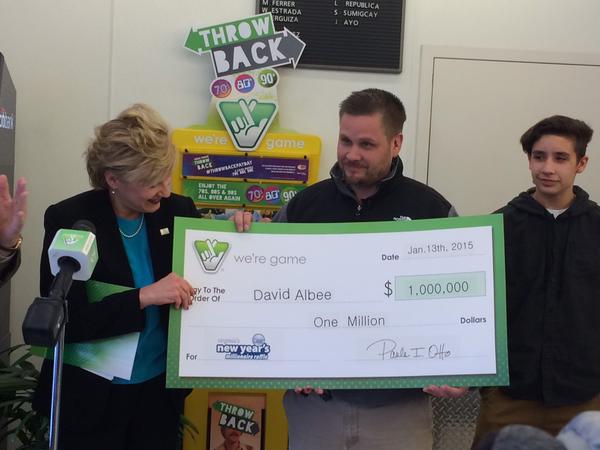