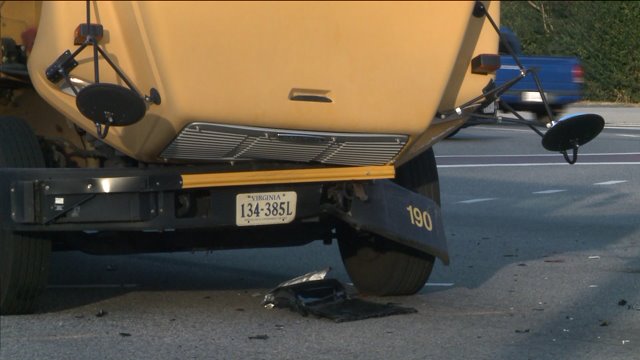 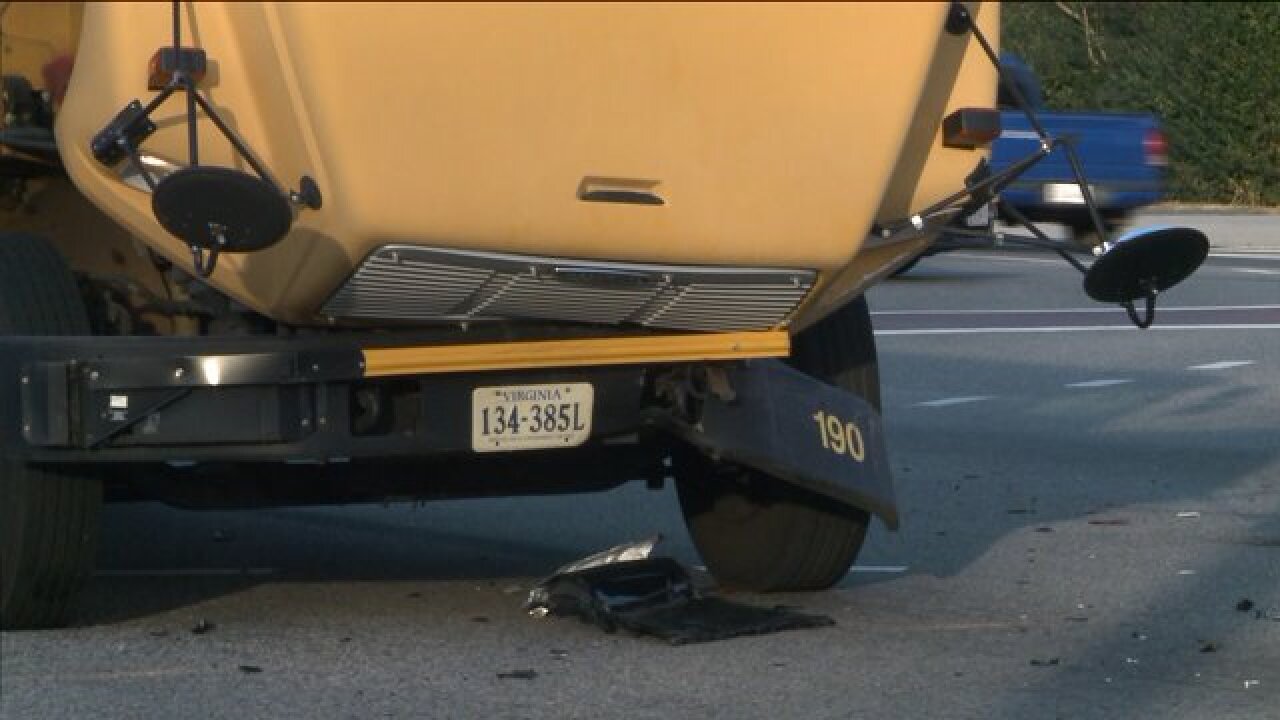 UPDATE: The driver of the vehicle has been issued a traffic summons for unsafe lane change.

Virginia Beach, Va. - Right now crews are on the scene of an accident involving a Virginia Beach school bus. They say 29 students were onboard at the time and they were leaving Trantwood Elementary School. Four students were transported to the hospital as a precaution.

This happened at 2:57 p.m. on Friday afternoon at London Bridge Road and Potters Road.

The students' injuries were described as minor. The other students were picked up by either parents or their emergency contacts.

Police say a black sedan and the school bus were both going southbound on London Bridge Road. The sedan was trying to turn left and crossed the lanes of traffic to turn right onto Potters Road crossing in front of the school bus.