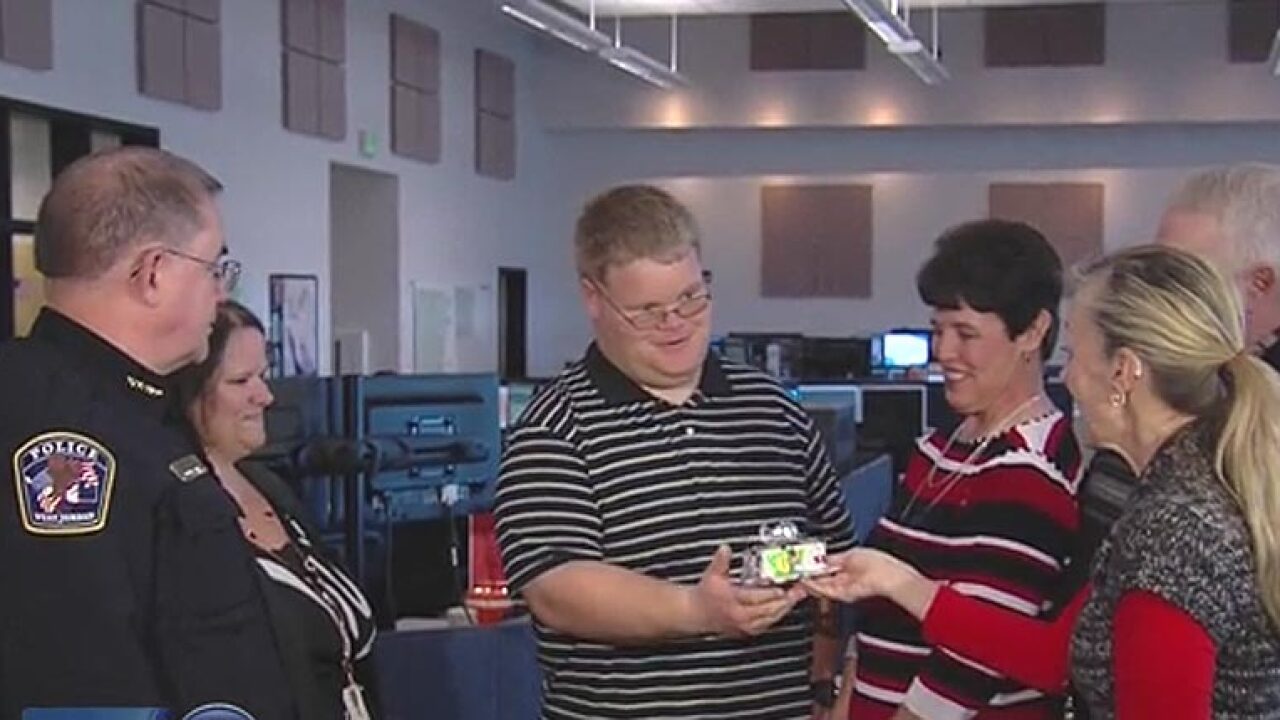 Salt Lake City, Utah – Police in Salt Lake City tracked down a man who called 911 over 4,000 times in one week. But after hearing his story they gave him an early Christmas gift instead of a punishment.

The calls were happening three to four times per minute, and all coming from the same number.

“At first, I admit it, we were pretty mad. ‘We’ve got to find who this person is. This is ridiculous,’” dispatcher Kari Bueno told KSL, “‘What are we going to do? We are so mad.’”

The calls were made by 30-year-old David VanBibber, who has a mental disability. His family says he functions on the level of an 8-year-old.

The dispatchers didn’t want the family to take away his phone, but the calls to 911 had to stop. That’s when they got the idea for an iPod and an iTunes gift card.

“It creates a lot of solace for him,” VanBibber’s father Steven told KSL.

And now VanBibber now has a new iPod to enjoy for the holidays.