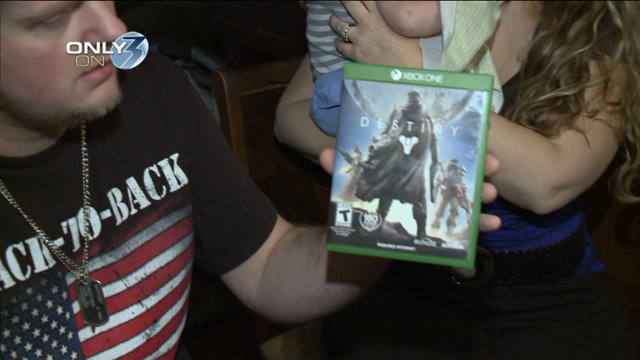 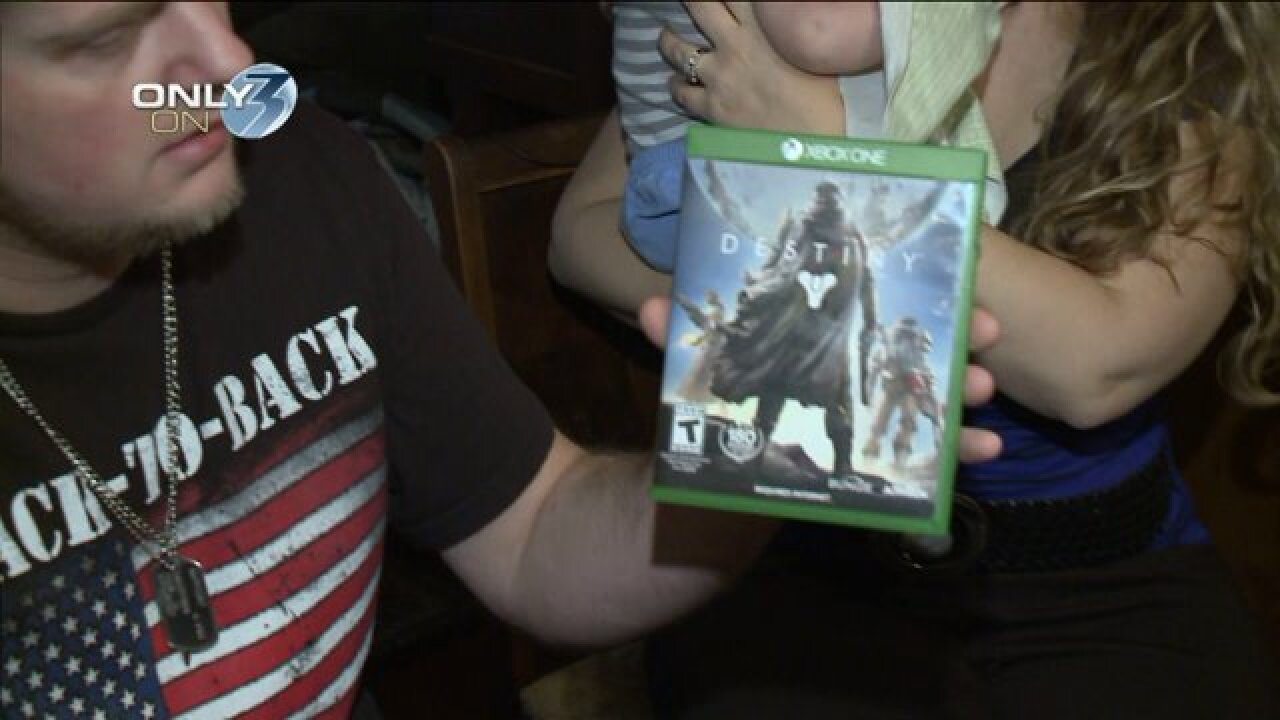 Irreplaceable memories of her son’s first days in the world are gone.

“The first moments of his life, pictures of me holding him in the hospital, and they were up through the first few months of his life,” Beckett says.

A few weeks ago Beckett’s husband Chris traded in the Xbox 360 game Destiny, but inside the case was a memory card holding pictures from the day their son Peyton was born.

“What I did was I took the card, slipped it right under the tab just like that,” Chris says. “It was like one of those oh crap moments."

It was close to midnight when Christina rushed to the Jefferson Commons shopping center where Chris traded in the game.

“I was up at Gamestop crying in my pajamas,” she says.

“I’m going through the house flipping stuff over and she’s going down there to talk to him I’m just wondering in my head God, I hope she finds it because if she comes back here without that SD card because if she doesn’t I’ll have it worse than I did before she left,” Chris says.

But Christina came back empty handed.

“It’s a bad feeling when you’ve lost something that means so much,” Chis says.

They do have some photos from that day; they snapped a few cell phone pictures of Peyton. But it’s the sting of what’s lost that hurts the most.

“I just can’t get them back if I don’t get the card back,” Christina say.

“I’ve gone to different Gamestops, I’ve talked to so many store managers, corporate, everyone,” Christina says.

“We managed to contact customers who bought used copies from that store,” Chris says. “Not all of them replied back to the manager. It could also be behind some gift wrap paper, waiting to be opened Christmas Day.”

They are now offering a $200 reward to the person who returns their precious memories.

“Trying to motivate people because I want the pictures back because that’s all I have,” Christina says.

If you have any information about where this couple’s missing memory card may be, please email Marissa Jasek at Marissa.Jasek@wtkr.com.