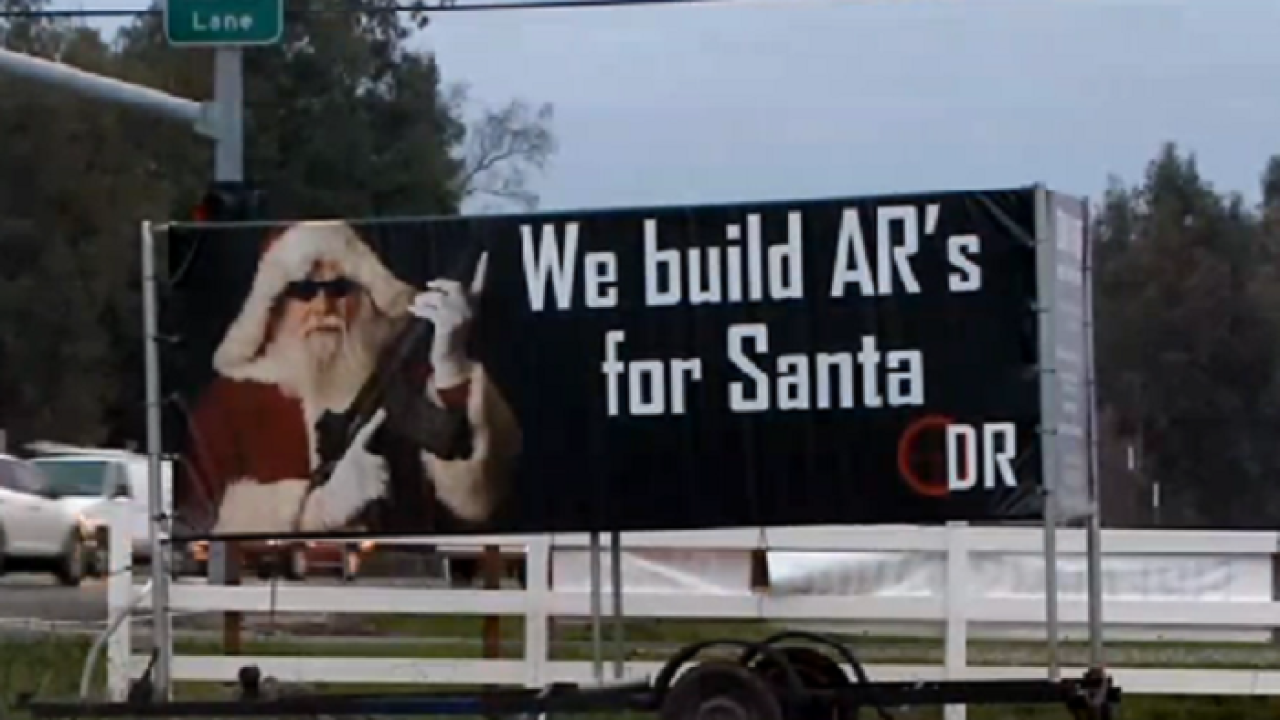 It’s just about time for Santa to start packing up his sleigh for Christmas. But in Butte County, California, he’s packing heat!

A billboard along a local highway for a gun range shows Santa wearing sunglasses and armed next to the tagline, “We build ARs for Santa.”

“And you know, ’tis the season, so we thought it would be a good idea,” said Steve Dyke, co-owner of Down Range Indoor Training Center.

Dyke says like it or not, the Santa ad is staying up.

“Some people get toys and stuff like that for Christmas. Other people, when I was growing up, I got guns from Santa Claus. I mean, it’s just a matter of where you’re from,” says Dyke.

Dyke says they’ve received a lot of feedback and almost all of it has been positive, according to CBS Sacramento.