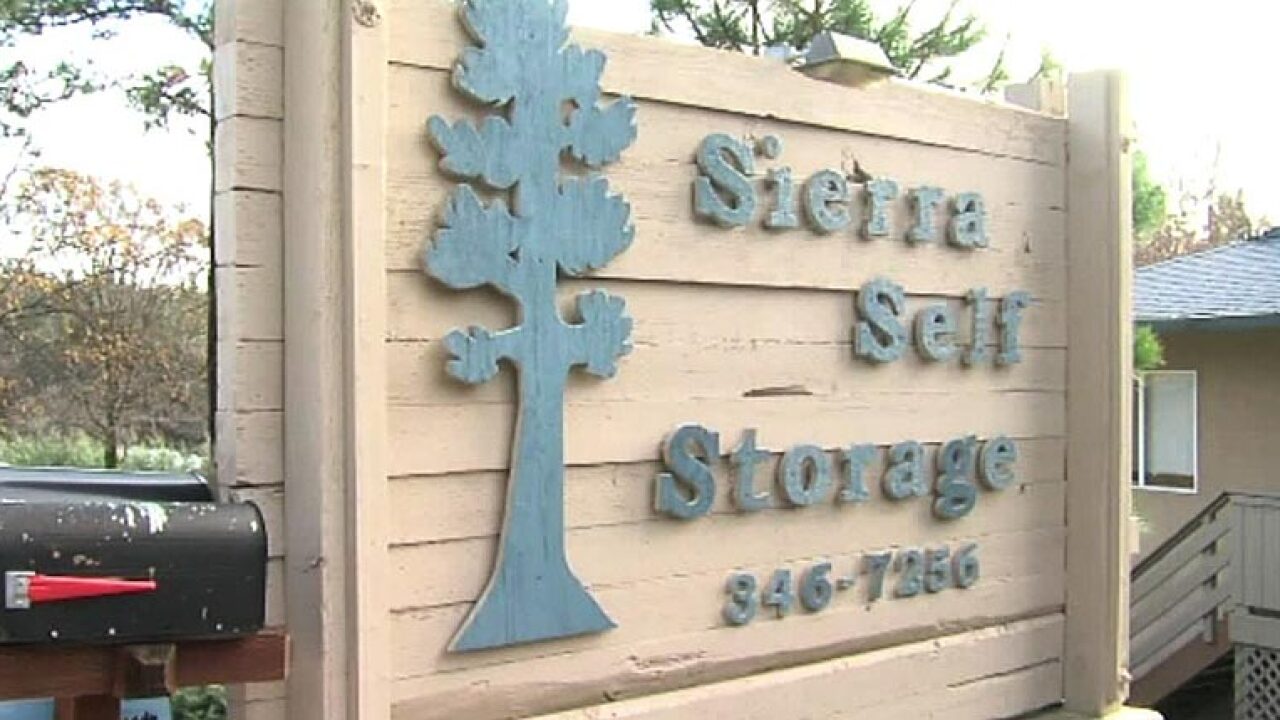 (CNN) -- When Regina Zimmer bid $40 on an abandoned storage unit in Colfax, California, near Sacramento, all she did before the purchase was look at the unit from the outside and hope to find something valuable.

But after going through the contents and coming upon a storage ottoman, tape-sealed and with a "fragile" sticker on top, she "had a feeling it wasn't something good."

Zimmer, who went through the unit with her son in November, told CNN affiliate KOVR that "as soon as we opened it and took the lid off, the smell was horrible."

Inside, she said, there were garbage bags and a stuffed animal. She told affiliate KTXL that she also came upon a red sleeping bag with more bags inside.

She called the Placer County Sheriff's Office. Deputies said that while "investigating the contents of a container," they "discovered the decomposing remains of a fetus or small infant."

"You could tell it was a skull and a little jaw bone and hair," Zimmer said.

Police say the container was taken to the county morgue, where authorities say they found "a second fetus or small infant" inside. Autopsies are being performed on both of the bodies.

Placer County Sheriff's Lt. John Poretti said the department was "trying to determine the age of the fetus, if it was a viable fetus. Or if it was a possible miscarriage."

Police say detectives are interviewing a woman believed to be the mother. Charges against her are pending.

When asked by KTXL if the mother has given an explanation to police, Poretti said "some, but not completely." He wouldn't comment when asked if she was remorseful.