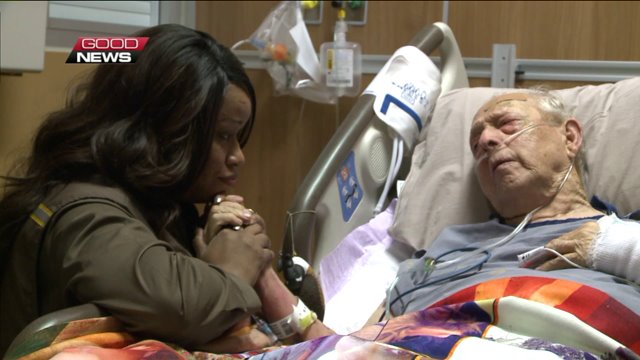 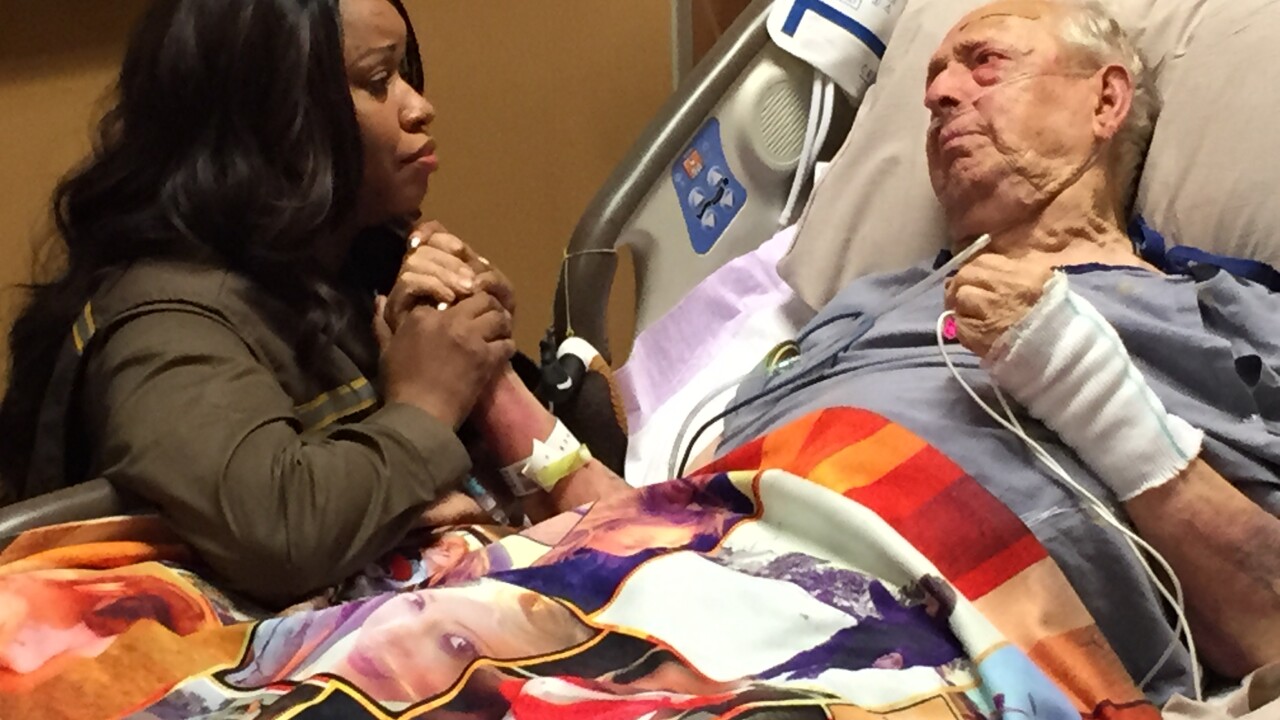 Virginia Beach, Va. - UPS worker Sisha Perea and 84-year-old Marvin Bronson had the opportunity to reunite Tuesday after what some would call a miracle occurred inside of a Virginia Beach church last week.

Perea and her husband, also a UPS worker, were delivering a package to Calvary Baptist on Haygood Road when they walked in and saw Bronson bleeding on the ground.

Perea didn't hesitate. She took action and gave Marvin CPR. She credits training from her days in the Coast Guard, training she says that came back to her more than 20 years later.

"Never thought in a million years that I would need it, use it," she says. "The day came. "I was scared. I was terrified. I`m not even going to lie I was just praying to God that I would be able to do it, do it right and help him."

"She didn`t do it on her own," Marvin says. "God brought her there that day."

Check out the previous story below: